Curious are turned away.

Ancestral norms continue to be adjusted.

Divine assets continue to be shown.

Attention The Order of the Solar Disc (Order of Tiy)! Support of SPECIAL Projector started: 6% (non-regressive).

The Order of the Solar Disc (Tiy’s Order): Reverberation SPECIAL of Projector: 7% (non-regressive). The Light Celebrates!

*Neva: Anchoring and reverberations of Necron in elevated potential. 29% (non-regressive).

Understandings of galactic genres is spreading.

Shaking in multiplanes happens as photonic waves are unleashed.

Panorama of deep care is seen.

“Damn” islands are highlighted and finalized.

Island of Purification: Projectors aimed and in support >>>> 18% (non-regressive).

Island of Dreams being mapped. Projectors aimed and in support. >>> 18% (non-regressive).

Island of Integration being mapped. Projectors aimed and in support. >>> 18% (non-regressive).

Dates must be light-hearted. Now is NOW.

Inconceivable are turned away.

Darknesses are recognized and illuminated.

The *Return of the Magicians (Urena, Meloni and Aklero): Line Illumination in progress: 100% (non-regressive). The Light Celebrates!

The Order of the Solar Disc (Tiy’s Order): SPECIAL Reverberation of Projector: 6% (non-regressive). The Light Celebrates!

Due panoramas are expanded.

Ballasts are prepared in the quantic zone.

Descents of real ballast are noted.

Attention The Order of the Solar Disc (Order of Tiy)! Support of SPECIAL Projector started: 5% (non-regressive).

Pallas Athena, the Goddess of Truth, is an extraordinary Being of Light who personifies the cosmic consciousness of Truth. The flame of truth has an emerald green color, intense and brilliant. It matches the fiery blue power of God’s will. The presence of Pallas Athena in the universe is the exaltation of the Flame of the living Truth. She holds the truth in favor of Earth’s evolution, as she is a member of the Karma Council, where she acts as a representative of the fifth ray of truth, healing, abundance and precipitation. Arthemis, in his highest expression, together with Athena and all this grouping of the Light of Truth has sustained this energy on Earth for thousands of years and, of course, not only on Earth, but in this whole system.

Due fortunes are returned.

Waves of fear are canceled out.

Unreal loves continue to be dissolved.

The Order of the Solar Disc (Order of Tiy) (involved) recognizing transcendental!

Notifications for – specific are delivered.

Crystalline transmitters are prepared for travel.

Returns for finalization are evidenced.

Phase for new communications is started.

The Order of the Solar Disc (Order of Tiy) being called!

Shaded are seen and notified by Sentinels.

Specific MiDs are notified by Sentinels. Withdrawals in soon linear.

+++ Allies approach for due continuations.

Attention The Order of the Solar Disc (Order of Tiy)! Prepare to receive specific data!

Nevic Silences must be respected.

New Protocols are delivered to Leaders +++.

New Protocols are delivered to Leaders –

“False” are notified and forwarded.

Mental patterns are not established.

“Informants” – – – are removed and canceled.

Attention The Order of the Solar Disc (Order of Tiy)! Illuminating Projections sent to the Terran Plan!

Old portraits do not remain.

CONSECRATIONS are sent to all Terrans supporters of Pillars!

Deep healings occur for the needy.

Mergers of technologies are seen.

Attention *Árpia, The Creator of Moments and *Hármia, The Magic of Development: proper mixing of the moment started. 3D is involved. 92% (non-regressive).

The Order of The Solar Disk (Order of Tiy) manifested!

Nebulous continue to be removed.

Myasmic transmitters are revealed and are disempowered.

Discoveries of old shadows increase the need for “isolation”.

Sublimated ideas are born for elevations.

TEC1+ harmonizations are initiated. Next – 12% (non-regressive).

Risk of MiD maneuvers is discontinued by Sentinels.

Attention The Line of Slavery! Support for Projector of Illumination started: 93% (non-regressive).

Wizards arrive for support in transformations.

[Dear ones, I need to inform you that I DO NOT confirm a part of the last message from COBRA, more precisely the part in which he quote the dates for possible events. Ashtar recently didn’t confirm the dates. I asked Cobra and he just didn’t answer… Gabriel RL]

Offenders are turned away.

TEC1+ harmonizations are initiated. Next %.
[It is the Positive Magnetic Grid that will be forming with the wave of multiple satellites launched by Elon Musk. This grid will help to dissipate the old negative grid, artificial intelligence and mind control by the negative forces. This belt of positive satellites that will form around the Earth will also trigger intense pressure on the Matrix, causing drastic cracks/ruptures and bringing relief to physicality.]

Deep silences cause uplifts of souls.

Queen H in an attempt to re-control astral.

Frontiers continue to be discontinued.

Matrix failures continue, while a new TEC1 + grid is established. Attention to harmonization.

Deep renovations take place, as big choose to be small.

Free Will are finalized for those who understand.

Descent in other areas for special pairings.

Divine Foundations are understood and established.

Physical observations in quantum occur. Authorizations are given.

Dreams are recognized and decoded.

Mauá instructions are expanded in Multiplanes. Permission for mentoring given. +++ Ok 1 Fusion.

Larger fires are are understood.

*Neva in disciplinary calls. The cycles of truth continue to expand. +++ Eleven.

Dramatic voices are not fueled. The Light Celebrates!

Waves of Caesar are hidden and disintegrated.

Grid of black diamonds is enlarged.

Mauá instructions are expanded in multiplanes. Permission for mentoring given.

Internal monsters continue to be seen and go into healing.

Abundance instructions are given. Final alerts for recognition.

Projections of humility are sent. Appropriate supports or redirects (O).

Dungeons continue to be closed.

Manehus, The Portals Guide and Force Cruiser being called!

The Return of the Magicians (Urena, Meloni and Aklero): Line Illumination in progress: 99% (non-regressive). The Light Celebrates!

Flowering is seen in the new ascended areas.

Hopes rise but they are realized.

Crystals are seen in Non-Frontier Island.

Attention The Line of Slavery! Support of Projector for Illumination started: 92% (non-regressive).

The Line of Slavery: Line Illumination in progress: 91% (non-regressive). The Light Celebrates!

Samples of new trails open up.

“Isolated” are rescued by elevated.

Attention KYara! Nebulous are removed and keep away.

Special Moons are transported for sidereal reorganizations in Local System.

Layers of contradictions are dissolved.

Hydron, from the Magnetic Scout Fleet being called!

Quantum noise technology is re-delivered and advised for releases.

Panorama of elevation is increased.

Divine Mirrors continue to be installed.

Multidimensional portals are freed for conscious entries and exits.

Accelerated are braked in biological.

Nano-spiders detected and on removals!

Attention Hydron, from the Magnetic Beaters Fleet, projections sent to the Terran Plane!

Anomalies are harmonized with New Time. Collateral are minimized. 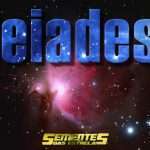 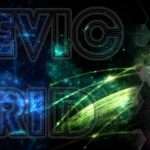