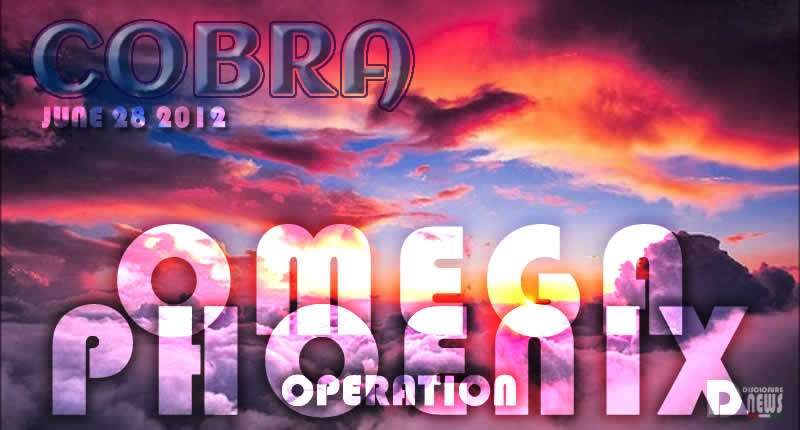 As we had reported in a our revious post (in italian) about Cobra posting a code for the resistance just after meditation, a PHX code appeared. We said that it may have been about Phoenix and in fact, after doing research and with the help of Gabriel RL this is what the meaning of the Cobra code message might be. Below the encoded message in question.

I have contacted my sources and this is what they said:

However, I did not receive direct confirmation for the Green Light or that the sweep period has already started.

If the Positive Military wants to confirm the Green Light or if they want me to distribute any message to the public, they can contact me.

The First part of Operation Omega Phoenix has just been declassified and I can speak a little bit about it.

At the time of the Event, a certain number of Resistance operatives will emerge from their subterranean bases to the surface. They will be wearing plain civilian clothes and not military uniforms.

They will closely monitor the mass arrest process and will help the Positive Military and civil authority in the arrests themselves when necessary.

Members of the Cabal that will be arrested by the Resistance operatives will be taken to undisclosed locations and later released into the hands of Positive Military / civil authority.

The only exception for this are a few members of the Cabal that have committed crimes beyond this planet in their past and must appear before the Galactic Court.

Most of those will be later returned to Earth for humanity to determine their destiny, but a fraction of them will be taken to Galactic Central Sun immediately.

Top people inside the Positive Military have been notified about Operation Omega Phoenix and they fully agree with it.