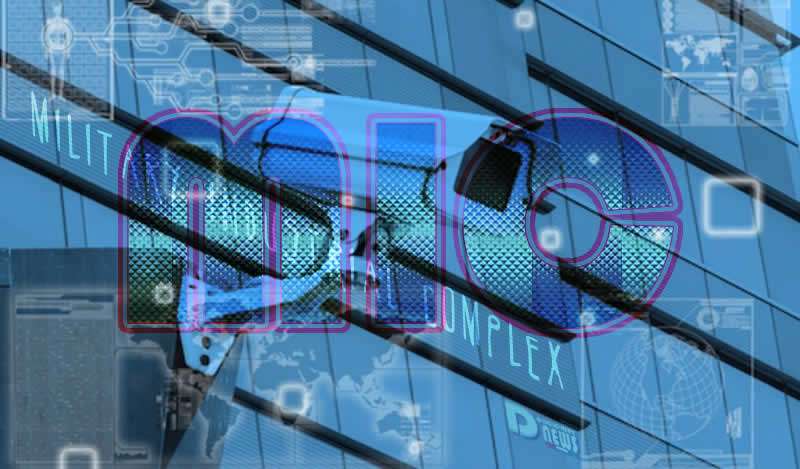 Ex-NSA Agents and Whistleblowers of the Military Intelligence Complex

In many ways, the NSA became the focal point of people’s anger and rage at being constantly surveilled, especially after Edward Snowden leaked so many authentic NSA documents to the public, via journalists like Glenn Greenwald.

The US now resembles a dictatorship with a one-way information street, where the State captures information about its citizens whilst preventing its citizens from knowing about it. This is exactly in line with what arch-NWO insider (now deceased) Zbigniew Brzezinski talked about in his book.

America’s Role in the Technetronic Era

The technotronic era involves the gradual appearance of a more controlled society. Such a society would be dominated by an elite, unrestrained by traditional values.

Soon it will be possible to assert almost continuous surveillance over every citizen and maintain up-to-date complete files containing even the most personal information about the citizen.

These files will be subject to instantaneous retrieval by the authorities.

Below are 5 whistleblowers from the NSA, 4 of whom went public before Snowden. 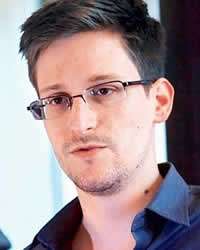 Snowden burst onto the public scene in June 2013 with a story that captured the imagination of billions of people around the world.

At only a young 29 years of age, but with a large amount of calmness, confidence and moral integrity, Snowden quit his comfortable life in Hawaii (including leaving his girlfriend and a cushy $100,000+ annual income) and fled to Hong Kong with laptops and thumb drives full of classified genuine NSA documents.

There he met with journalists Greenwald, Laura Poitras and The Guardians’ Ewen MacAskill to hand over his total cache.

To protect his life, Snowden gave all the files to several other sources. He instructed them to release all the information in the event of his death.

Thanks to Snowden, numerous NSA programs which were only known to avid conspiracy researchers then became public knowledge, since the evidence of warrantless wiretapping was there in black and white for anyone to see.

The first Snowden document published by the Guardian was a secret court (a FISA court) order authorizing the NSA to collect the telephone records of millions of US Verizon customers.

The point is that the NSA and MIC forced companies (big or small) to roll over. They then forbade these companies from telling you they rolled over. A surprising number of people can access and analyze an obscene amount of data on you. The NSA skirted the law about not spying on Americans through its partnership with Britain’s GCHQ, because American data can get routed through GCHQ and then become “foreign” data.

Snowden achieved his aim of bringing the topic of mass surveillance into the public spotlight, in the hopes of provoking discussion and debate. However, despite this success, the NSA remains entrenched in the Deep State and continues its nefarious activities largely undisturbed. 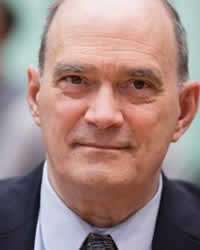 William Binney worked at the NSA over 30 years, including time as a director of the NSA’s World Geopolitical and Military Analysis Reporting Group.

He estimated in 2012 that the NSA had amassed over 20,000,000,000,000 (20 trillion) “transactions” from Americans (in gross violation of the Constitution), where a transaction means a piece of information or communication, such as emails, text messages and scripts of phone calls.

This would include every single email sent and received by US residents since 9/11.

Binney has been outspoken in his criticism for the NSA, stating how current NSA surveillance far surpasses the capability of the former Soviet KGB and the Nazi Stasi agencies.

Binney has exposed how we have gone way down the slippery slope towards totalitarianism, while the NSA, the Military Intelligence Complex and the National Security State hide behind the ever-present pretext of “national security”.

Binney has also pointed out, on many occasions, the futility of the MIC and NSA collecting so much information.

To paraphrase Binney: the NSA is suffering from analysis paralysis and data is not intelligence. 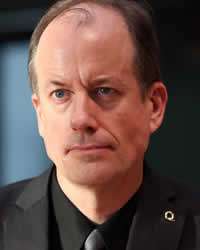 Whistleblower Thomas Drake was not only a senior executive at the NSA, but is also a decorated US Air Force and Navy veteran. Drake exposed another of the NSA’s numerous programs, this one called Project Trailblazer. He was charged under the Espionage Act, but in June 2011, all 10 original charges against him were dropped.

According to Wikipedia, “Drake rejected several deals because he refused to plea bargain with the truth”. He is the 2011 recipient of the Ridenhour Prize for Truth-Telling and co-recipient of the Sam Adams Associates for Integrity in Intelligence (SAAII) award. 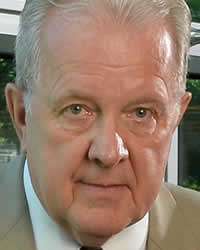 After the 9/11 false flag op, he stumbled upon secret NSA programs to monitor all Americans. He worked alongside William Binney in exposing these projects. In September 2002, Wiebe, along with Binney, Drake and another NSA agent Ed Loomis, filed a DoD Inspector General report regarding problems at NSA, including Trailblazer.

The report was jointly filed with Diane Roark, a staffer for the Republicans on the House Intelligence Committee of the US Congress who was considered a staff expert on the NSA’s budget.

The report went nowhere. As with Binney, Wiebe’s house was raided in 2007 by the FBI for his whistleblowing efforts. 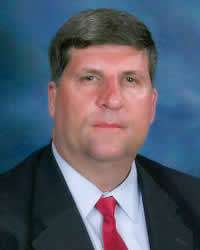 Ex-NSA agent Russell Tice came forward in 2004 to expose the NSA’s spying invasions. He has revealed shocking details of NSA spying, mentioning some of the specific targets of past NSA wiretapping operations, which included senior Congressional leaders (e.g. Dianne Feinstein), the former White House Press Secretary and high-ranking military generals (e.g. David Petraeus, who was forced to resign as CIA chief because he was caught [by the NSA presumably] having an affair).

Tice also revealed that the entire Supreme Court, and even then-Senator from Illinois and future President, Barack Obama, was being tapped.

Ex-FBI Agents and Whistleblowers of the Military Intelligence Complex 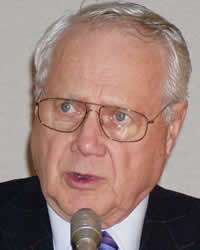 Gunderson is a man who will need little introduction to many investigators in the field of conspiracy research, or to those who have looked into pedophilia, mind control, child trafficking and Satanism.

He was a 27-year veteran FBI special agent who worked in the Los Angeles district with over 700 agents under his command.

Towards the end of his career, he stumbled upon the network of occult Secret Societies that rule the world.

Through his investigations, he came to understand that we were dealing with a sick Satanic cult that uses mind control over its victims, conducts an international pedophile ring where children were abducted through underground tunnels, and performs dark rituals with human sacrifice and child sex slaves.

At these rituals, Satanists get a dark “high” from drinking the blood of their tortured victims, which contains emotional neurochemicals released into the blood at the time of their death.

With upwards of 100,000 American children missing every year, Gunderson claimed he knew firsthand that the FBI was fully complicit in the coverup of all this. 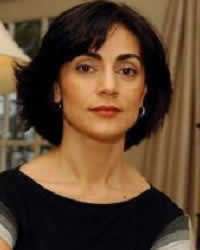 Ex-FBI agent Sibel Edmonds become a famous whistleblower when she discovered corruption at the FBI and reported it to her supervisors.

They retaliated by firing her. She sued for unfair dismissal in July 2002, but as happens so much in this kind of arena, the case was dismissed in July 2004 by Judge Reggie Walton who cited the governmental state secrets privilege.

In September 2006 a documentary about Edmonds’s case called Kill the Messenger (Une Femme à Abattre) premiered in France. The film features ex-CIA agent Philip Gerald (whistleblower #8 above) who reveals that Israel was a key player in the illicit activities Edmonds discovered.

Edmonds is also the main source of information about Operation Gladio B. This was a continuation of the Operation Gladio project which the CIA had been running throughout Europe (using right-wing extremes, neo-fascists and arch-nationalists to carry out false flag attacks to frame left-wing communists).

According to Edmonds, around 1996-1997, the NATO-CIA-MI5-MI6 alliance decided to switch from using fascists to using Islamic terrorists, as the Cold War had ended. The world was about to be formally introduced into a newer, scarier and more convenient enemy to replace communism: Radical Islamic Terrorism™. 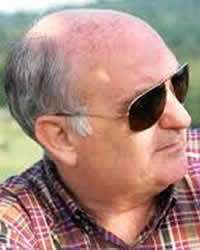 Lang is an ex-DIA colonel who spoke up when Trump decided to strike Syria (while eating chocolate cake with the Chinese premier Xi Jinping).

Lang compared the attack to the false flag Gulf of Tonkin incident, where then Us President LBJ pretended that the North Vietnamese and fired upon US ships (when they were just firing upon empty water).

The Trump Syria strike was likewise based on a pack of lies. Lang said:

“This is Gulf of Tonkin 2. How ironic. Donald Trump correctly castigated George W. Bush for launching an unprovoked, unjustified attack on Iraq in 2003. Now we have President Donald Trump doing the same damn thing … Here’s the good news.

The Russians and Syrians were informed, or at least were aware, that the attack was coming. They were able to remove a large number of their assets. The base the United States hit was something of a backwater.

Donald Trump gets to pretend that he is a tough guy. He is not. He is a fool.” 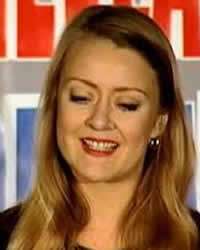 For the last one on the list, we turn to the UK, the staunchest US ally in the world and the erstwhile World Empire from which the US learnt its tricks.

She has spoken on topics such as 9/11, 7/7, false flag ops, Secret Societies and the Bilderberg Group. In earlier interviews and films, she appeared alongside another ex-MI5 agent, David Shayler, her former partner.

Studying the testimonies, accounts and insider information of these ex-Intelligence agents allows us to glean a lot of knowledge about how the Military Intelligence Complex really operates.

This list of course only represents a fraction of the total number of brave ex-intelligence whistleblowers out there.

Makia Freeman is the editor of alternative media / independent news site The Freedom Articles and senior researcher at ToolsForFreedom.com, writing on many aspects of truth and freedom, from exposing aspects of the worldwide conspiracy to suggesting solutions for how humanity can create a new system of peace and abundance.