There is a very real chance that Khazarian cabal rule will collapse over the next three months, and alternative power structures need to be made ready in time for that, according to British MI6 intelligence sources.

The trigger is expected to be arrests of senior cabalists in the U.S. starting in October, the sources say.

Pentagon sources, for their part, said, “The Cabal has been deaf and blind for over two weeks, so big things should happen after Brett Kavanaugh’s Supreme Court confirmation.”

“Kavanaugh is poised to be confirmed after Yom Kippur on September 20 and on the same day, U.S. President Donald Trump may send texts to all cellphones to reach even more people than Twitter.”

Furthermore, the sources say FEMA will also test the emergency broadcast system on all televisions, so this, when combined with wireless text alerts, “will allow Trump to spread real news in real time and drop truth bombs.”

The exact nature of what will be told to the American people through the emergency broadcast system is not yet clear. However, last week representatives of the Swiss banking gnomes in Zurich, the Russian FSB, MI6, the Japanese royal family, and an Asian secret society all contacted the White Dragon Society (WDS) last week.

The fact that these sources, many of whom had ceased contact since the March 11, 2011 Fukushima nuclear and tsunami terrorist attack, suddenly popped out of the woodwork is a clear indication something huge is about to happen.

CIA sources connected to the secret bases in Antarctica say the sudden surge of activity in the intelligence community was related the sudden closure last week of seven solar observatories.

In particular, the sources say:

“The Solar Observatory in Sunspot, New Mexico has been ‘observing’ the sun since the Roswell incident. They belong to a special off-the-grid group known as “The Watchers.” There are several of these special observatories strategically placed around the planet.

“The Cabal Deep State is backed up against the wall. They are grasping for feathers now. They went in and grabbed everything out of fear and panic. Gag orders have been issued.

“We don’t know the final play yet. This may turn against them and be used as the main act of the Disclosure Event.” 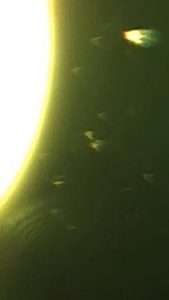 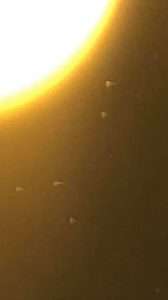 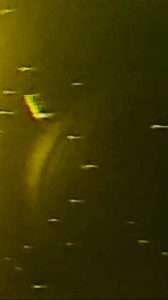 The MI6 source said the observatories were shut down because they wanted to carry out a more orderly disclosure process in order not to cause panic or misunderstanding “among the surface population.”

In any case, this may be related to a huge surge in UFO sightings around the planet recently. Below are links to two examples reported in traditional media outlets:

There has also been an unprecedented increase in tropical storm activity coming up that may be related to the unusual solar activity.

Last week the entire region of the tropics was covered in belt of storms, seven of which were big enough to be named.

It is very interesting that, for the first time, the Swiss bankers in Zurich have decided to send an emissary to meet the WDS. Vincenzo Mazzara and Leo Zagami of the P2 Freemason Lodge previously told this writer that they took orders from aliens based in Switzerland headed by an entity known as “the Black Sun.”

The Swiss representative acknowledged that their leadership had been taking orders from “the Black Sun” and that it communicated with them through “gamma rays.”

At this point, readers who are accustomed to this report sticking to real-world issues are probably shaking their heads and wondering if somebody got to us. 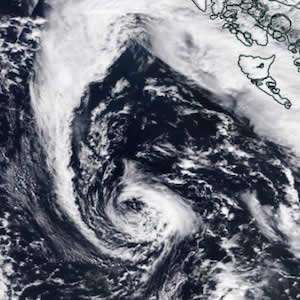 The answer is that the forensic trail followed from primary sources like David Rockefeller, the Rothschilds, the British royal family, Asian secret societies, etc. all pointed to some sort of control grid on this planet that is headquartered in Switzerland.

It may well be that all of this woo-woo space stuff is just smoke and mirrors designed to hide a small cabal of old men (several sources say they are the “Elders of Zion”) from the prying eyes of the slave population they have been ruling over for so long.

So, returning to strictly here-and-now earth issues, we can report that representatives from banking families in Zurich, MI6 (i.e., the British Royal Family), the Pentagon, the CIA, the Asian secret societies, and the Russian FSB all told the WDS that they support staging a massive, multi-trillion-dollar campaign to end poverty and stop environmental destruction. 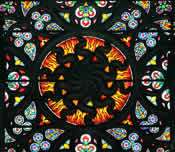 To make this possible, though, the cabal has to be completely removed from power. So let us get back to the latest developments on that front.

In the U.S., “The takedown of CBS chief Les Moonves may have spooked the Zionists, as his great-uncle was Israel’s first prime minister, David Ben-Gurion,” Pentagon sources note.

Ben-Gurion has been fingered by newly declassified documents as the person who ordered the assassination of John Kennedy, so maybe now CBS will report this to the remaining audience who still believe in the corporate media.

Furthermore, the sources continue, “The Trump executive order to sanction foreign election interference is targeting Israel more than Russia or the UK, because Israel interferes in U.S. elections.”

The Pentagon is upset with Israeli Prime Minister Benjamin Netanyahu for openly backing Mitt Romney in 2012 and Hillary Clinton in 2016.

The interference, they say, takes place via financier cut-outs like Haim Saban for the Democrats, and Sheldon Adelson for the GOP. Furthermore, the sources say, “Hollywood/Wall Street/Silicon Valley 5th-column fundraising” has also been supporting “shills in Congress like Senators Tom Cotton, Chuck Schumer, and John McCain.”

In addition, “The Trump trade war with China has the benefit of weakening Wall Street, since any bank or banker like Jamie Dimon who lobbies for China may be prosecuted for being an unregistered foreign agent, or worse,” the sources warn.

The MI6 people, for their part, think their worst enemy is the European Union and the black nobility that own it. They say German Chancellor Angela Merkel should be made to pay compensation to countries like Poland and Hungary for what “her bloodline” (Hitler et al.) did to them.

It is very interesting in this context, then, to hear that the Russian FSB has been negotiating recently with the Knights of Malta who are, in many ways, the military arm of the P2 Freemason nexus that controls the EU. We are assuming they are looking for protection against the impending Anglo-Saxon quest for justice.

The other people the FSB has recently been doing work for are the Saudi royals. The FSB source would not say exactly what they did recently for the Saudis, other than to note that it was “intense” and involved over 100 agents.

Since the Russian Orthodox Church has previously declared a holy war against radical Islam, the following article discussing plans to execute senior Wahab clerics may be related.

The other probably-related event has been that Russian Orthodox Church is having a schism with the Orthodox Church in Muslim-occupied Constantinople over its support of the Nazi-occupied regime in the Ukraine.

Remember, the Russians have been rivals to the Ottoman Turks and the Germans for centuries. Also, the Nazis were responsible for creating the Muslim Brotherhood and radical Islam as a way of undermining Anglo/French rule of the Middle East, according to MI6 and CIA sources.

Something is also happening in Japan that could lead to regime change. It turns out that Japan’s government was pumping carbon dioxide into the ground near the epicenter of the recent devastating earthquake in Hokkaido.

In other words, a slave government operating within the unscientific, Khazarian-mafia “carbon dioxide causes global warming” paradigm triggered an earthquake by injecting 150,000 tons of carbon into the ground.

This is all over the Japanese Internet, but of course the corporate media remains silent.

Nonetheless, stupid moves like this are contributing to the emerging consensus among right-wing power brokers that the Bank of Japan needs to be nationalized.

This would remove a major source of funding for the Khazarian mafia. This would also mean an automatic end to their slave regime in Japan.

As the Khazarian mafia loses power around the world, it is urgent that the various rebel factions fighting for planetary liberation start making concrete plans for a smooth transition.

The WDS believes such a transition will require the announcement of a jubilee, followed by a massive campaign to fix up the planet.

Also, while the WDS supports a South African-style truth and reconciliation committee, it looks like many of the Khazarian mafia crimes have been so horrific that war crimes tribunals are inevitable. Let us see what October brings.