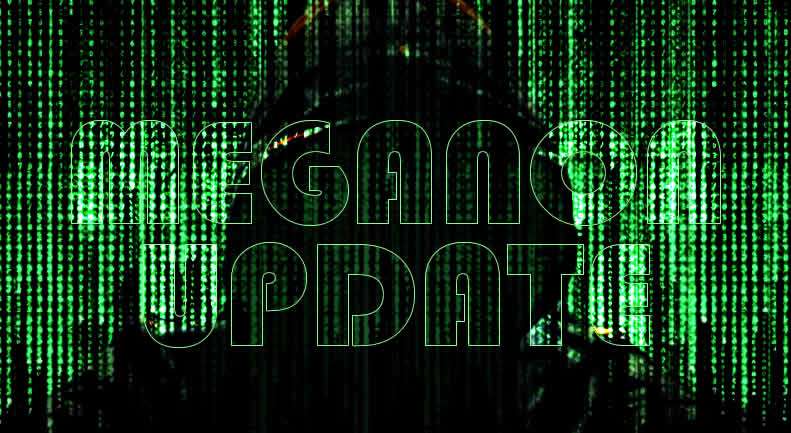 Mega Anon Talks: I can confirm that I did have a conversation with the one and only Mega Anon, as she has now confirmed in her 4Chan posts, linked below.

In case you have not been following this, she is aware of the Alliance takedown operations against the Cabal on a level that very few, if any other insiders have at this point.

She has prognosticated major, major shakedowns that will take place soon enough.

In so doing she has validated many of the specifics I have been talking about since 2009.

This insider is, I believe, MORE significant than “QAnon,” since she also confirmed what others have said — namely that this source has been taken over, possibly since November 1st, and is now 50 percent disinfo, if not more, sadly enough.

It is always very fascinating to talk to a new insider.

She had an encyclopedic knowledge of the Mega Anon posts, and spoke so fast about such technical things, and all the names, that at times I was either lost or struggling to keep up.

Her voice and personality has a great deal of character and snark, and if she ever can come forward, safely, she will be a breath of fresh air. Hardly any of the “real insiders” have ever been women.

Despite the similarities in style, sentence mechanics and overall content between her and the FBI Insider on 4Chan who had posted since July 2016, I now believe they ARE different people.

Almost the first thing I did was to apologize to her for my misunderstanding, and convey how impressed I was that she was able to locate my private number and call it.

I had to go to a funeral this weekend (not of someone I personally had known) and have been very distracted. I found out from Corey that the emergency fundraiser has saved him and his family, and I / we are deeply grateful for that. Thank you very much for stepping up!

Talking to Mega Anon is one of the most fascinating things that has happened to me in a long time.

She does not want to give information about who she is or is not, and I respect that due to the risks involved in talking.

She incidentally hates the name Mega Anon but also did not give me anything else to use in place of it. LOL.

Nonetheless, she did say she is NOT a part of any branch of the military, or intelligence agency. That being said, she obviously has very high-level access.

From her perspective we are not going to see “mass arrests” as certain intel had so strongly suggested in the past. Instead, we will just get wave after wave of increasingly bigger events — some perps grabbed here, some there.

Nonetheless, this should all build by leaps and bounds and eventually get to a point where we are in a very different world than we are today.

I will have more to write once things settle down again. I just did not want to leave her hanging out there without confirming that we did have an initial conversation, and I look forward to there being more of them.

I am going to be taking certain steps to try to make these conversations more secure as well. Open lines are probably not a good idea — at all.

Here is the thread where she confirms our discussion, as linked from ToddWhiskey’s Reddit thread, which is here. 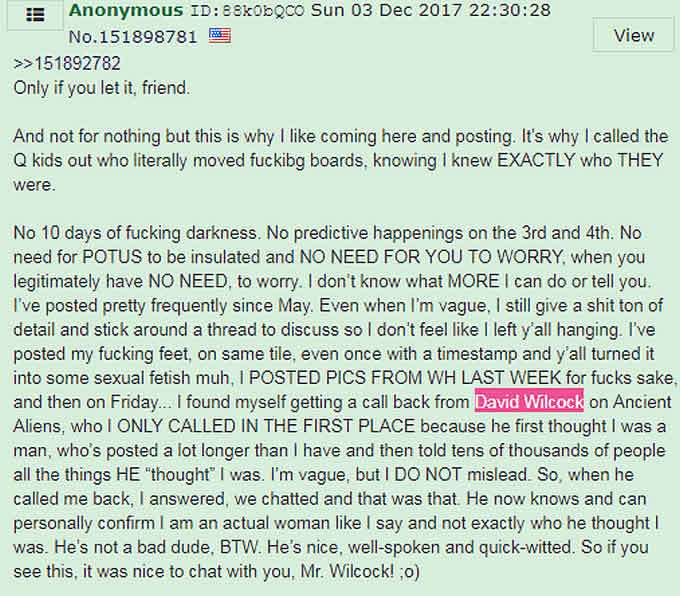