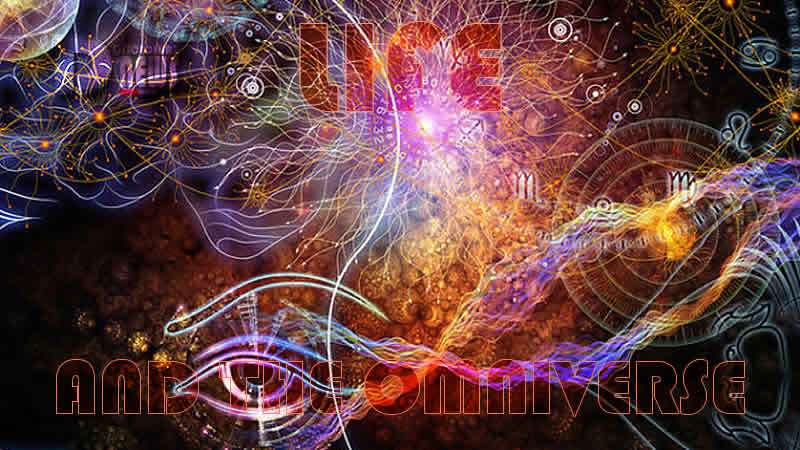 Life and The Omniverse. By Sol Fury.

All is energy. Energy is all. Everything exists as a result of the perpetual dance of subatomic particles. This intelligent energy is the Infinite Creator.

Nature is creation perpetuating itself.

One could think of the cosmos as the omniverse, a vast expanse of energy in countless configurations.

The fabric of the omniverse is time-space or space-time, meaning everything exists not only somewhere but somewhen.

There are many different universes, different timelines, and different realities. One can liken this to music.

If the universe is a song, a parallel universe would be a remix. 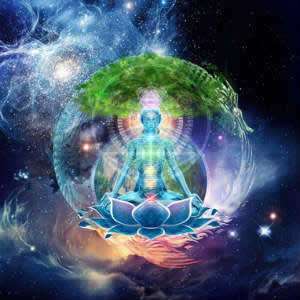 Nature is Creation Perpetuating Itself

The omniverse would contain both of them and many more songs — a complex and enigmatic album.

Consciousness (also referred to as soul or spirit) is a form of energy distinct from the container of the physical body.

It is common for the soul to choose its own journey from one lifetime to the next.

This natural process is known as reincarnation. 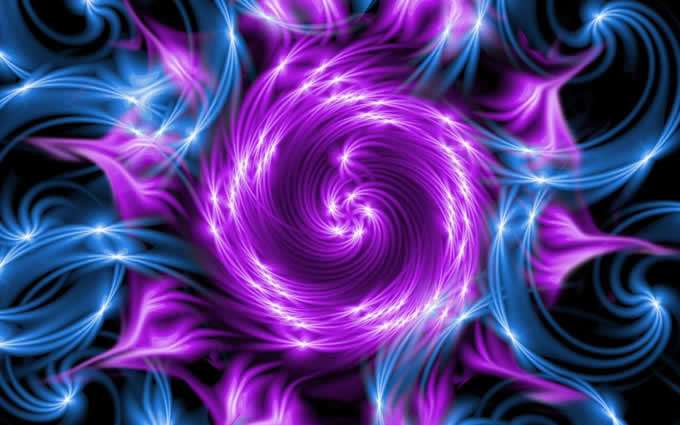 Although consciousness has long been a mystery to mainstream scientists on Earth, this isn’t the case elsewhere. Some species have even mastered the ability to move a soul from one compatible physical body to another through advanced technology. This doesn’t circumvent reincarnation but provides a shortcut for it.

A soul learns through experience.

Once the education of a lifetime is complete, the consciousness may choose to have a complementary experience elsewhere (or elsewhen).

A spirit, inhabiting a healthy physical body in one life, may choose to incarnate into an ill “vehicle” in the next. In this way, he earns knowledge — and the more perspectives, the closer one grows to the Divine.

Each universe has its own natural order.

The contiguous universe which contains the Milky Way galaxy and Earth is a free will zone.

This means it’s a reality in which all that can be is allowed to be. This has resulted in a struggle between polarities (i.e. good and evil, service to self versus service to others, etc.)

However, from a broader perspective, all is one — and both yin and yang are essential to the whole.

Souls who incarnate on Earth intend to learn much from this “school of hard knocks.” It’s an education unlike that found anywhere else.

Life began on Earth billions of years ago. Due to the world’s rotation, orbit, and chemical content, it was an ideal setting for the intelligent energy of nature to flourish. And so it did.

Visitors came to Earth. They studied the planet’s native species.

They introduced non-native species into the biosphere. Eventually, experimentation with a variety of genetic material led to the creation of new species. Humanity was one of them. 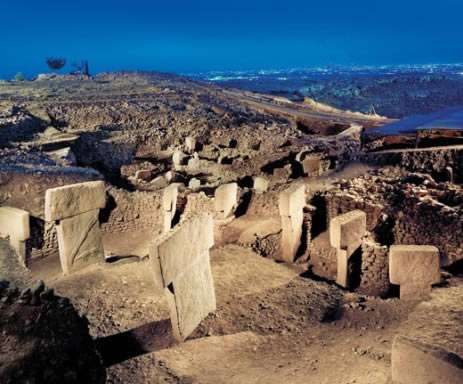 Earth was to become a sort of exchange center for genetic information — a living library — and people were designed to be its wise Guardians.

As the human population grew, some members of the species bred with visitors. Humankind grew and changed, evolved.

Master geneticists took native genetic material and mixed it with “source code” from species of other star systems.

The DNA of this original hybrid human had 12 strands.

These strands were meant to “plug in” to the 12 centers of the energy body, or consciousness. (Seven of these chakras are located within the physical body. Five chakras rise above it.) 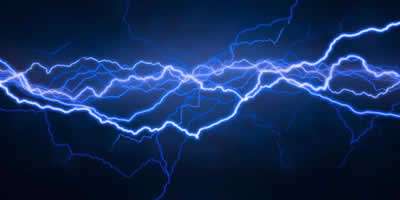 If you’ve ever wondered why someone grows to be eight feet tall or why someone else is born with a tail, here’s your answer: The astonishing diversity of modern human traits are a direct result of our complex ancestry. Nobel Prize-winning geneticists have come to much the same conclusion.

Eventually, humanity’s DNA was changed by another group. These scientists “unplugged” all but two of the 12 strands of original DNA, leaving people with the capacity for physical survival but disconnected from the full spectrum of their spiritual abilities.

So-called “junk DNA” is the 10 strands of genetic material which no longer have full connection to the body’s chakras.

One can liken this to what happens in the body after a spinal cord injury. Although the body’s systems may remain intact, the flow of information in the nervous system is impeded, resulting in limitations to functionality — normally, changes to physical mobility.

The group which tampered with human DNA claimed ownership of the planet. 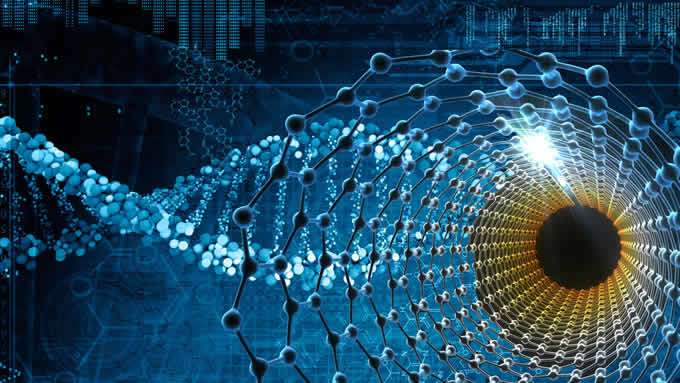 They did not view it as the previous visitors did, as a place to be shared. Instead, they viewed it as a sort of ranch or storehouse in which all resources belonged to them. Everything and everyone could be used, abused, or transported off-world (for trade or other purposes).

This group assigned wardens to govern the planet and keep their most important livestock in line.

The wardens suppressed the true history of Earth and told lies to manipulate people. Some of them claimed to be gods or royalty and demanded obedience.

Through misinformation and advanced mind control techniques (the use of various chemicals, nanotechnology, etc.), societal control was established. In this way, humanity “forgot” who they were, how they used to be, and what they once knew.

The Fall of The Archons

In this way, humanity “forgot” who they were, how they used to be, and what they once knew.

Time and again, well-intentioned visitors came to educate humanity about their true origins.

However, due to the deeply entrenched social control mechanisms, their messages were usually misinterpreted.

Imagine this: You’re a fish swimming in the water. All your life you’ve swum around the same small pond. This is all you know. Suddenly, you’re informed that you’re more than just a physical body — and that there’s this thing called water that you’ve always been swimming in.

You’re also told that there’s a place beyond where you live, a shore composed of something called dry land. Then you’re told that this dry land is considered the property of another type of creature — and so are you.

Understandably, humanity had difficultly processing ideas of this magnitude.

The visitors concentrated their efforts on teaching humanity practical and spiritual concepts to improve their daily lives. Many of the practices that arose along with civilization came from these lessons — as did many of humanity’s organized religions.

A bizarre aspect of modern popular culture on Earth, particularly in the West, are the clues humankind is given about the activities of Earth’s wardens.

Yes, the group is still around — although their grip on the species has weakened significantly due to humanity’s rising awareness, technological progress, and alliance with benevolent off-world species.

The group is under instructions to tell people what they’re doing, but in keeping with their evil tendencies, they embed the truth in lies to avoid criminal prosecution. If betrayal is their standard operating procedure, deception is their forte.
Primarily, the wardens hide their activities “in plain sight” through popular culture.

A religious leader flashes a hand gesture at a public appearance to show allegiance to the group. An article planted on a news website “debunks” Satanic ritual abuse by quoting a few uninformed psychologists — and failing to feature testimony of witnesses of said abuse. A primetime TV drama “predicts” a future act of “terrorism” through its convoluted plot.

Terrorism was invented by the wardens and continues to be funded by them to this day. The “War on Terror” should be called the “Huge, Murderous, Money-Making Scam that Keeps Humanity Afraid and Divided.”

Most people genuinely do not want to harm others.

Most people just want to get on with their lives.

As souls evolve, they move through levels of density, which refers to subatomic particle vibratory rate and corresponding level of awareness.

The slower the subatomic particles of energy vibrate, the more “dense” the consciousness.

When a soul approaches “enlightenment,” it outgrows the limitations of physical matter.

The people of Earth are 3rd density, and within the coming years, they will transition into a 4th density species.

Someone who claimed to represent the wardens said their agenda was to spur humankind’s spiritual development.

The message seemed to be that when the bad get worse, the good get better, and through standing up to evil, one ascends in consciousness. This may be true.

However, humanity has a tough journey ahead.

Where is Ascension Taking Us?

As humankind evolves, many changes will occur, for this is the process of natural evolution. And although old control mechanisms may no longer be effective on the populace, humanity’s sovereignty will require each member of the species to accept difficult truths and make better choices individually and collectively.

In order to rise in consciousness, people must rise above the idea of victimhood and accept that there is no separation between themselves or the rest of intelligent infinity.