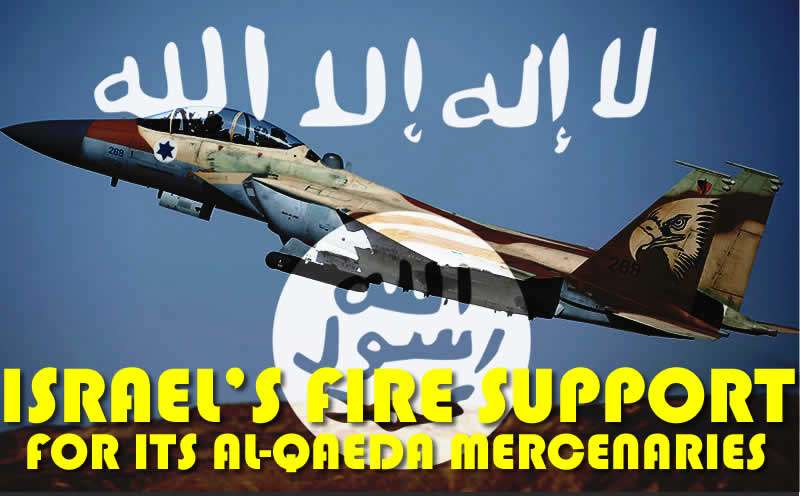 Israel’s Fire Support for Its Al-Qaeda Mercenaries. By Moon of Alabama.

The SAA held steady and the al-Qaeda attack on its position failed. 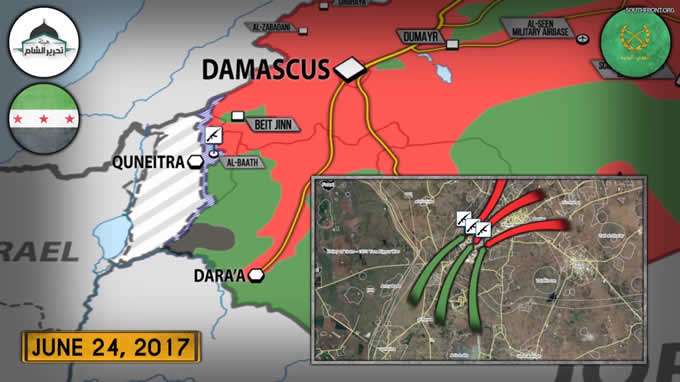 This was very easy to predict. Israel has supported al-Qaeda in the area since at least 2014.

The al-Qaeda fire-request-by-mortar scheme has been in place for at least three years.

In October 2014 the UN Disengagement Observer Force (UNDOF), which back then still covered the area, reported to the UN Security Council:

On 23 June [2014], Israel targeted nine Syrian army positions with tank fire and air strikes after mortar fire from the Syrian side the previous day killed an Israeli civilian.

Israel’s assessment is that most of these incidents are due to errant fire resulting from fighting in Syria.

Israel said that armed opposition groups were probably responsible but that its forces fired on Syrian military positions to stress that Syria was responsible for security on its side of the ceasefire line.

The UN observers mentioned the “black flags” the “rebels” were using. The “rebels” in that area are al-Qaeda forces.

This “fire support request by mortar” scheme has been repeated again and again.

The Israeli argument is an insult to logic: “The Syrian army is responsible for keeping al-Qaeda out of the area so we respond to “errant” al-Qaeda fire by destroying the Syrian army.”

But “western” and Israeli media did and do not report or analyzed the obvious scheme. This even as this theater act gets repeated over and over again.

They lie and simply report the “errant fire” nonsense even when it is clear that this is coordinated military support for al-Qaeda. For years they have hidden Israeli support for al-Qaeda and its deep involvement in the Syrian war. Witness Haaretz which only today(!) headlines: Analysis – Israel’s Slow Creep Into the Syrian Civil War. 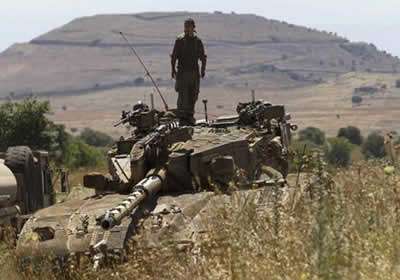 That “slow creep“, which Haaretz describes and analyzes as a new phenomenon, started at least three years ago and was neither slow nor a creep. It is full fledged support for terrorism and has been such since its beginning.

The person familiar with Israel’s assistance confirmed that cash moves across the border but said it goes for humanitarian purposes. However, rebels interviewed said they use the cash to pay fighters’ salaries and to buy weapons and ammunition—something the Israeli military wouldn’t comment on.

Israel wants to steal and occupy even larger parts of Syria than the parts of the Golan heights it illegally holds. It pays al-Qaeda and supports it by fire to achieve that. The main stream reporting on this is at least three years late. Why is it now starting to publish about this? Is there a new media advisory that Haaretz and the WSJ are now allowed (or required) to report on the issue? To what purpose?