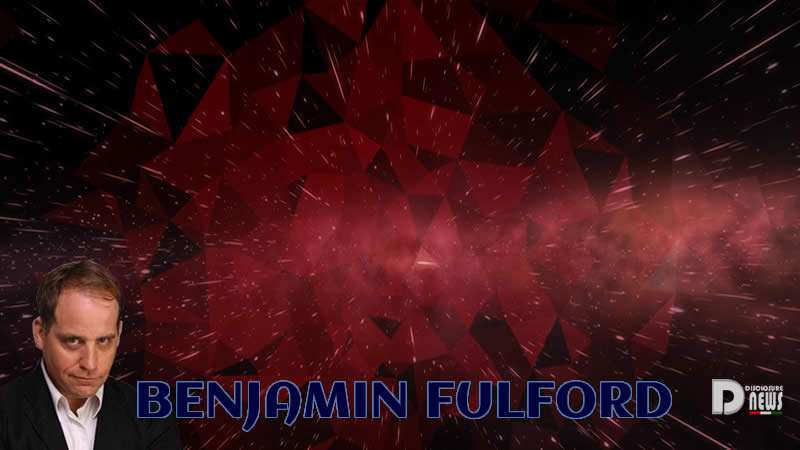 With a big push, humanity could be liberated in 2020. The key will be to force an implosion of the Khazarian Mafia’s privately owned central bank system of debt slavery, according to Pentagon, P3 Freemason, and other sources.

The increasing disconnect between the real-world economy and the financial market bubble is being deliberately engineered to cause a humanity-liberating systemic failure during 2020, say Asian secret society and P3 Freemason sources. (And no, P3 is not a typo; see below for details.) 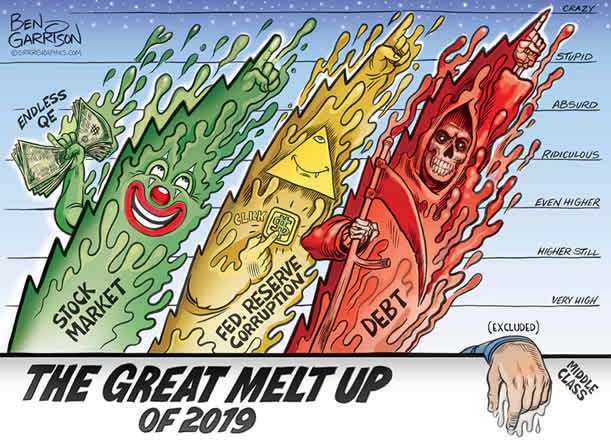 Needless to say, the real economy is continuing to plunge despite the record-high stock market and corporate media cheerleading.

The latest sign is the Baltic Dry Index, which is plunging to lows not seen since the Lehman crisis.

The BDI cannot be manipulated with fiat funny money like other indexes can, because it is the price of sending physically existing stuff in ships. zerohedge.com

The U.S. Treasury Department has started buying Chinese historical bonds in hopes of using them to get gold to meet a January 31, 2020 payments deadline, Japanese right-wing sources and P3 Freemason sources say.Meanwhile, the Chinese have been buying old American Corporate bonds in a counterattack, they say.

The “dark digital U.S. dollars” being created this way are being used to “make monetary inflation to f-ck the U.S. dollar,” they explain.

The bonds are either ending up with the U.S. Secret Service in Citibank or with the Chinese Secret Services in the Hong Kong Branch of HSBC Bank, they say. “Historical bonds are a way of f—king the enemy,” they explain.

This secret war is also leading a huge surge in public gold-related activity and is part of the reason that talk of a financial reset has become a mainstream topic in the markets. zerohedge.com

This gold activity is picking up, as the experiment of using negative interest rates to save the fiat financial system is failing.

It is failing because more and more investors are moving their money into physical cash (which is immune to negative rates), gold, and other things that actually exist. The bottom line is that reality always wins in the end. zerohedge.com

The fact that the Rothschild-owned United Nations is now openly calling for the use of cryptocurrency to finance its operations is a sign they are running out of physical assets like gold and are looking for a digital escape hatch.

The gold-holding Asians, for their part, would rather create a new UN in Asia. forbes.com

The P2 Freemasons, Asian secret societies, the British Commonwealth, the Pentagon, and others have been trying to end this war by reaching a new agreement on how to run the planet.

A sign of a change in Italy is that Leo Zagami, who was involved in the Fukushima mass-murder attack on Japan, has had to flee to Palm Springs, California to avoid arrest in Italy on slander charges filed by the Calabrian Freemasons, P3 sources say.

The head of the P3 is Mr. Gianmario Fioramonti, who says:“The Lodge is not covered or secret. It is completely transparent and is open to all my friends all over the world, no matter what race, skin color or belief.“

The P3 is releasing all sorts of information about Antarctica, extraterrestrials, Nazis and other things that are so stunning that they will require strong evidence. If you are interested, we recommend that you contact them directly through the Catholic Church.

In any case, the financial and information war is also taking a powerful turn against the Jews, who need to clean up their ranks of Satanists and radical Zionists, or face inevitable collective punishment.

Pentagon sources outline the steps against them as follows:

“Trump may have started anti-Semitic attacks on Hanukkah in New York and elsewhere when he recently told the Israeli American Council: ‘You are brutal killers. You are not nice people at all, but you have to vote for me.” independent.co.uk newyork.cbslocal.com apnews.com

“The Jewish press appears to be silent about the ICC, as the court may even reverse its decision not to prosecute crimes of torture by the US military and the CIA in Afghanistan, but could even extend to drone strikes.

“The ICC may have received a backbone transplant and a reason for being to help defeat the Zionists, the Deep State, and Pedos in coordination with military courts.”

“The ICC investigation appears to target both Bibi and Benny Gantz as war criminals. It touched a raw nerve, unmasked the racist, superior Talmudist anti-Goy culture, and already halted Israeli plans to annex the Jordan Valley.

“As the indictments are open, some agreements may have been made when Democratic MP and civil rights icon John Lewis had 4th stage cancer.”

With all this activity in the background, the recent broadcast of “Home Alone 2” in Canada with a modified Donald Trump appearance may have been a kind of inside message.

This is because Macauley Culkin, the child star of this film, is among the many who have said film business executives are “satanic pedophiles” who “ritually abuse children in the industry.“

Culkin says that while filming he has been molested by film industry executive.In an interview with French radio, Culkin said: “He told me to look at his shoes. He said they were made from the skin of children that he and his friends had murdered. He asked me if I know Heather O’Rourke.“

The implication was that the shoes were made with her skin.

This is what AP News had to say about her death in 1988: “The death of 12-year-old Poltergeist actress Heather O’Rourke was extremely unusual.” apnews.com

There has been a thorough attempt to get the Culkin story off the Internet and the original article in French is missing, but in another interview, Culkin says his father was “a bad man who was both mentally and physically insulting“.

The fact that the self-described satanist and human fetus eater Zagami fled to California to avoid being arrested in Italy is also very significant.

California is currently in an open uprising against Trump. This is seen among other things in California’s Nancy Pelosi (or the controllers of her computer graphics or her clone or whatever) who is trying to accuse Trump.

An invasion of California could also be necessary to end the ongoing undeclared US Civil War and free the American people, Pentagon sources say.

The fact that multiple explosions (earthquakes) are reported from U.S. military bases in California and Nevada is a sign that the invasion is already underway.

An invasion of the tiny Asian nation of Brunei might as well everything is in the works, according to sources from the Pentagon and the CIA. This is because Brunei is the primary dark money hub in Asia, sources say.

The building in the photo below with a pyramid on the roof is said to be taken over to end the financial war.

Here’s what a CIA source had to say about the place:

“The Ministry of Finance has numerous unofficial CIA and MI6 employees who work there as consultants.They help actually transfer very large financial transactions across the region, amounting to billions of dollars per month. Brunei is said to be the primary financial center for most of the over-the-counter money transfers used for black ops and other nefarious lending.

This has been happening since the Iran-Contra scandal in the mid-1980s. Brunei was involved at the time with a missing $ 10 million going to the wrong Swiss bank account. The money was actually intended for Oliver North.

Before this incident, which hit all the major news agencies worldwide, most people in the West had never heard of Brunei.”

The Satanists in Japan are also increasingly under attack from the White Dragon Society and its allies. The Japanese military is finally finding that incompetent satanic puppet rulers are shrinking the population by more than 500,000 people a year. A purge is in the works, promise the Japanese right.

This war will also be personal for your correspondent. When I tried to send money to the publisher of this blog through the Japan Postal Bank on December 5th, nothing happened.

After complaining loudly, the bank sent us a letter on December 23 stating: “Your international payment request described above was canceled due to our comprehensive judgment.“In addition, a Christmas card sent to us was only released by the post after MI6 intervention.

It has arrived torn (and therefore probably opened), as can be seen below:In a similar move, Japan Post Holdings’ top three executives had to resign on December 27.

Japan Post Holdings was taken over by the Rothschilds and Rockefellers after Fukushima. The Japanese now want to take it back. the-japan-news.com

We are also prohibited from using Western Union, PayPal or other electronic means to send money to our employees.

This, along with many other crimes, is why bounty was placed on the owners of these facilities. They are hunted and removed. This is war and we are winning, people.

Finally, I would like to end the last report in 2019 with the good news that anti-gravity technology is now being made available to the public.

Existing anti-gravity aircraft are now intentionally flown over densely populated areas, according to Pentagon sources. The latest was seen in daylight over New York and can be seen at the following link.

The video at the link below also shows you how to build a device against gravity in your own garage.