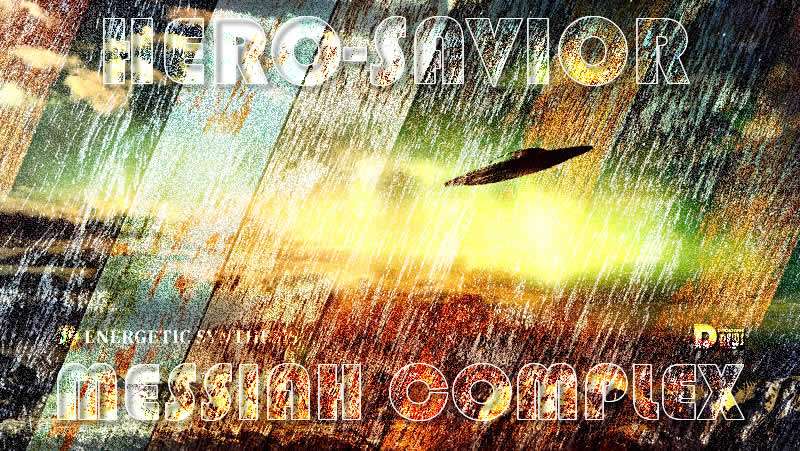 Controller Programs is a term used to describe multiple layers of Victimizer Mind Control that is used psychologically and emotionally to program humanity to think in polarizing thoughts of division, violence and hatred in order to believe in the fear based control systems that shape the death culture.

The death culture is backed by the Archontic Deception Strategies used by the NAA forces to divide and conquer humanity.

The enforcement of these Controller Programs is accomplished by forcing false egoic identities and related thought patterns into the minds of the people that are called Victimizer Archetypes.

When we understand these Victimizer Archetypes are being targeted into the collective consciousness of the human race, we can learn how they work to drain our energy and feed Consumptive Modeling, and Parasitism.

Thus, we can stop playing into these harmful archetypes, as well as feeding into the dramas they generate, by not letting other people project these archetypes onto us.

Essentially, we refuse to take the bait of emotional manipulation in those attempting to draw us into playing out these destructive archetypes, many times for the purpose of dividing and polarizing issues into more destructive conflicts that exist between groups of people.

Through the intentional Psycho-Spiritual Warfare made against the minds of the human population, the masses are made pliable and subservient to follow the NAA masking themselves as the False King of Tyranny archetype.

This is in the attempt to find absolute rule and control by the Power Elite, by manipulating the False Parent archetypes to gain a False Father authority over the masses.

As an unconscious reaction to the ongoing spiritual oppression and persecution complex rampant on the planet, some awakening people fall prey to the victimizer archetype that is used to intentionally generate the destructive sides of the hero-savior or messiah complex.

A messiah complex (also known as the Christ complex or savior complex) is a state of mind in which an individual holds a belief that they are destined to become a savior.

The term can also refer to a state of mind in which an individual believes that he or she is responsible for saving or assisting others from achieving certain doom on a grand scale. 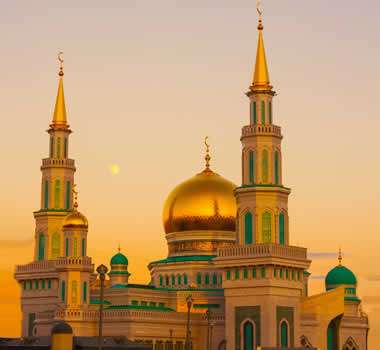 Hero-Savior Messiah Complex is a Victim-Victimizer software mind control archetype that is used to target Starseeds and spiritually developing people in so to derail them, and to ultimately mentally and emotionally fracture them.

Many guru types are targeted with this archetypal programming in so they will fall into more mental and emotional body distortions, to the point they lose coherence and all semblance of clear discernment in their own actions.

Over time, when a person in leadership is not taking responsibility for their actions because they believe they are a hero-savior or messiah and thus, above all reproach, this is a blaring blind spot for dark manipulation, gaslighting and even possession to take hold.

This is one of the Controller Programs that is a sub program of the Victim-Victimizer software program and is a collective miasm on the earth, that has been accumulated through many traumatic and tragic events in our history taking place over many generations.

The Hero- Savior Messiah Complex is double sided, showing an outer persona that is much different than the hidden or inner persona.

On the surface, the general belief system is that the people around them need saving and are helpless and powerless, and therefore they need a savior or messiah.

In the subconscious mind and in the hidden aspects of the personality, the negative ego may actually desire to steal another’s resources and energy to accomplish their own selfish goals.

This is so that they can feel or be more powerful than the people they say that they are saving.

It’s a deeply buried subconscious complex, usually driven by mind control tactics, to feel more powerful than others by gaining fame or status, and to make up for feeling powerless and insignificant deep down inside.

Currently, the term “messiah complex” is not addressed formally in the psychology field in the Diagnostic and Statistical Manual of Mental Disorders (DSM), as it is not a clinical term nor diagnosable disorder.

However, the symptoms of the disorder closely resemble those found in individuals suffering from delusions of grandeur, an inability to see the actual reality as it is.

Recorded accounts specifically identified messiah complex in the category of religious delusion, which pertains to strong fixed beliefs that cause emotional distress or disability.

This form of delusional belief is most often reported in patients that are suffering from bipolar disorder and schizophrenia.

In spiritual context, these mental disorders are closely related to soul fragmentation and attachments which cause disordered and incoherent thinking.

When a messiah complex is manifested within a religious individual after a visit to Jerusalem, it may be identified as a psychosis known as Jerusalem syndrome.

In mainstream psychology, Adolf Hitler is considered to have had an acute case of the messiah complex.

Hitler believed that he was fated by higher powers to lead Germany to a thousand-year-long period of European domination and that he was chosen to rid Europe of undesirable people.

This example shows how the messiah complex in such rare individuals can cause unimaginable destruction when combined with narcissistic and paranoid traits.

In the Guardian context, Hitler was groomed and aided by the Black Sun Orion Groups.

Thus, his mental and emotional weaknesses were exploited to intentionally murder many people for blood sacrifice, and essentially an egoic monster and demonic presence was co-created within him in order to carry out his brutal crimes against humanity.

According to the website People Skills Decoded, “The savior complex is a psychological construct which makes a person feel the need to save other people.

This person has a strong tendency to seek people who desperately need help and to assist them, often sacrificing their own needs for these people.” 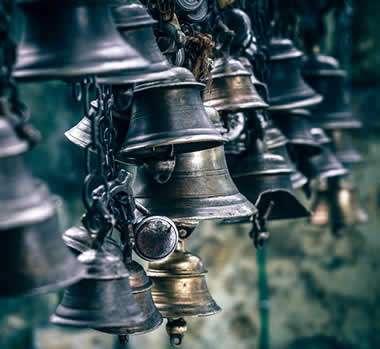 When emotionally codependent people begin to awaken into spiritual experiences and shift into new age thoughtforms, this can be a toxic combination if that person is unwilling to face their own shadow selves, and take responsibility to do the inner emotional work to regain more emotionally healthy patterns.

Thus, they may refer back to similar patterns and characteristics that may describe hero-savior or messiah complex such as:

They may believe that other people are incapable of taking care of themselves, that they are powerless or helpless and need them to be a messiah.

Believing that they are a savior, messiah or guru, specially chosen by God above others.

That they alone are responsible for miraculous acts of healing, this is a part of Spiritual Ego or Messiah Complex.

They may attempt to convince or manipulate others in what to think, do, or feel because they believe they have the answers or know better.

Some want to be famous under the guise of spreading their message.

They freely offer advice and direction without being asked, and may even get mad if you don’t take their advice.
Many have to feel needed by others, a sense of belonging or in authority, in order to have a relationship with others.

Project or transfer their own hidden negative traits onto other people or situations around them.

A common retort is, “You must not be conscious enough to see how evolved I am…etc.”

Perceive themselves as completely selfless and dedicated to the welfare and wellbeing of others around them, many times when they are actually psychic vampires and emotionally draining to be with.

Have difficulty admitting mistakes, not able to address conflicts, change negative behaviors or apologize when it’s appropriate to do so.

Awakening Starseeds are commonly targeted from lower energetic discernment levels to put themselves in dangerous or destructive scenarios because they believe “God or their Guides told them to do that”.

Newly awakening people generally have to heal the Hero-Savior complex as if not corrected, this error in thinking will form into spiritual ambition that is based in unhealthy Negative Ego attitudes.

Usually, this means the person becomes an endangerment to themselves, because they put themselves in the hero position thinking they are needed to save others, but really they are getting caught in the crossfire of spiritual battle.

They misinterpret their personal awakening experiences that may form into hero-savior complex.

That they are here to save the world, because the people around them do not have the level of intelligence or Consciousness awareness that they may feel they are accessing.

As usual, kernels of truth are manipulated in order to create great confusion and chaos, in so that the awakening person is not effective or successful in their mission, but taken off course through a series of delusions.

Generally, in spiritual community, it is common that the person with unhealed Hero-Savior complex will attempt to save people around them from some imagined threat or vision fed to them by the NAA in Holographic Inserts in order to divide and conquer the group effort or disrupt group projects.

Thus, the person in the hero or messiah complex is used skillfully by the NAA and becomes a dark portal used to destroy group unity by feeding dramas, malicious gossip, divided competition and making assumptions without having the facts.

Usually, these are garden variety negative ego power games and emotional dramas that are carried out in the guise of needing to save others from some imagined wrong doing or person that is evil.

When we are empathic to the pain of others, we can be easily manipulated by the pain we feel, in that we may not understand its actual causal source or where the pain is really coming from.

The Victimizer Collective Archetypes that contain empathic feelings are designed to instigate the Hero-Savior or messiah complex in order to trap that person into sacrificing themselves for others, or being led into destructive situations, thereby they are set up to be easily persecuted and victimized.

On planet earth, many awakening people, especially Starseed people, have been implanted with false memories or cloned memories of famous religious or spiritual personalities recorded throughout planetary history.

Multiple thousands have been implanted with holographic inserts that feed false memories of the Guardian Christos Mission, such as Yeshua and Mary, Akhenaten and Nefertiti, as well as many other significant people and timelines that are given as the standard curriculum about human history.

Obviously, this was a tactic to confuse the origins of our real history and hide the identity of significant people, Jesus and Archangel Michael being some of the most cloned images used by the imposter forces to manipulate the human race. 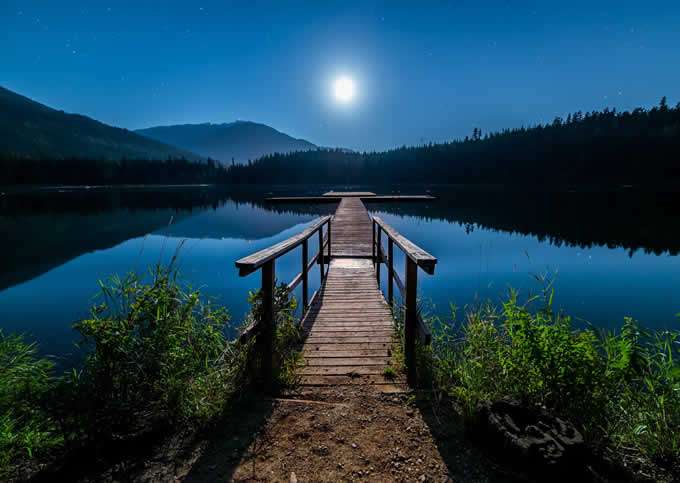 Path To The Light

The dark is fantastic at finding weaknesses inside us and then exploiting and manipulating them on the external. We can use these opportunities as spiritual lessons.

As when we can see our weaknesses, locate our vulnerability and participate consciously with it by surrendering, and calling out imposter spirits, we gain immense inner clarity.

May you devote your life to serve God or your highest spiritual expression.