The U.S. Military-Industrial Complex is making serious moves against Zionists, preparing to expel many of them to a Jewish autonomous zone in Siberia, Pentagon sources say.

While the Pentagon and its allies are quite eager to take on Zionist control, even central bankers and G7 leaders meeting last week in Jackson Hole, Wyoming and Biarritz, France admit that an economic paradigm shift is needed.

These moves are related to talk of a global financial reset that would end Zionist control of privately owned central banks, the sources say.

A whole slew of establishment bigwigs are all now publicly calling for a financial reset.

They have all called for replacing the U.S. dollar with a new international currency.

Such a currency, almost by definition, would fall out of Zionist control because the interests of the world economy and those of the Zionist-controlled corporate U.S. government are in conflict.

“The trade war is a front for the global currency reset,” Pentagon sources confirm.

U.S. President Donald Trump has been calling the CEOs of JPMorgan Chase Bank, Bank of America, Citigroup, and others to gain support for his stance on the trade war, the sources say.

The cancellation by JPMorgan Chase of all credit card debt in Canada, the implosion of Deutsche Bank, the General Electric fraud exposure, the yuan devaluation, and a gold-backed dollar were all a part of the ongoing horse-trading for the new system, they say.

However much Trump blusters and makes calls, though, the numbers make it clear that the new system will take power away from the United States.

The United States now accounts for only 10% of world trade, but over 70% of global GDP uses the U.S. dollar as an anchor currency, according to the Bank of England.

This makes it obvious that any Global Currency Reset would take huge power away from the U.S. corporation.

Trump admitted last week that he might “declare a national emergency” over the issue because “we have a total lost of almost a trillion dollars a year for many years.”

This is the closest any sitting U.S. president has come to publicly declaring bankruptcy.

Other Trump statements and actions all point to some existential crisis.

He has tried to take over Greenland and its resources, charge allies for full costs of U.S. military bases “plus 50%,” and put tariffs on everything Chinese, all because of this impending default, multiple sources agree.

The U.S. military is preparing for the ongoing big changes by putting the Army in overall charge of the military while the Navy takes over control of the various intelligence agencies, the Pentagon sources say.

This means the new head of all U.S. intelligence agencies is, according to Pentagon sources, the former Vice Admiral of the Navy Seal, Joe Maguire, the new director of the National Intelligence Service.

Maguire takes over after the dismissal of “not only Deep State Shill ex-Senator Dan Coats, but also his deputy and [former CIA Director John] Brennan CIA Lakai Sue Gordon,” it says.

The US military government declared de facto “the Jewish mafia on its saddest day, Tisha B’av, the war,” sources said.

Documents related to the pedophile extortionist Jeffrey Epstein were unsealed on 9 August and “he was killed on 10 August” to speed up the prosecution of others, as all evidence is now admissible without legal challenge,” the sources of the Pentagon said.

“The first temple, the 586 BC The Second Temple, which was destroyed in 70 AD, was destroyed, the expulsion of 1290 from England, the expulsion of 1492 from Spain and now the cessation of Zionism, Tisha B’av could be forced to forced to move to the Jewish Autonomous lead zone in the Russian Far East, as Jews receive karmic justice for their centuries of anti-GoyPerfidie,” explain the Pentagon sources.

The sources add, “Epstein appears to be a military agent who may have been exfiltrated to eradicate the blackmail operations of the Mossad to the west, the Zionist parasites, the megaprode AIPAC and the entire Israeli 5th column.”

In a round of victory for Satanists and Zionists “Epstein died on the Jewish day of mourning at 6 o’clock in the morning by 66 years, 6 months, 22 days = 66.6 years,” the sources continue.

“August 10 is also the 70th anniversary of the Department of Defense that flooded Epstein Island with multispectral satellites to track deadly pedophilia and other heinous crimes,” it says.

He uncovered Israel as a state of oppression and broke bipartisan support while boosting BDS., Bibi, the September 11 and March 11 war criminal, now looks like a Trump Lakai who may not win reelection.“

Trump’s statement that both Chinese President Xi Jinping and Fed Chairman Jerome Powell are “enemies” makes it pretty clear that the US bankruptcy is leading to both anti-Zionist and anti-Chinese reactions.

The real problem, however, is not that easy.

Bank of England Governor Mark Carney made that clear in a very interesting speech to his fellow citizens last week.

According to Carney, there are “deep flaws in the International Monetary and Financial System (IMFS), largely due to” a destabilizing asymmetry at the heart of the IMFS“- the US dollar, which now accounts for 10% of world trade and 15% of the world -BIP, but “the dollar serves as a currency anchor in countries that make up two thirds of world GDP and over 70% of world GDP.“ 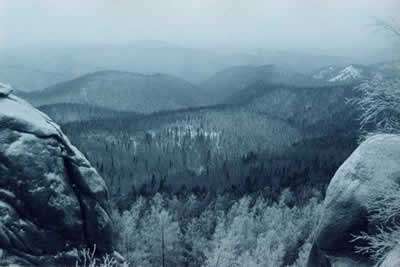 Emerging Markets (EMEs), which are largely excluded from IMFS management, now account for 60% of global GDP and will account for 75% by 2030, he says.

Interestingly, Carney’s analysis came when the US Treasury Department issued the following statement:

“The Minister of Finance needs to consider whether countries are manipulating the exchange rate between their currency and the US dollar in order to prevent an effective adjustment of the balance of payments or to gain an unfair competitive advantage in international trade.

Secretary Mnuchin today stated under the patronage of President Trump that China is a currency manipulator.”

President Trump tweeted: “Our country has stupidly lost trillions of dollars to China for many years. We do not need China and, frankly, would be much better off without it.“

He also tweeted: “The question is asked why we pay much more interest than Germany and certain other countries.” Of course the dollar, as it currently exists, is not good for the US economy.

Carney’s proposed solution is to replace the dollar with the “balance,” a cryptocurrency controlled by his former cabal bosses.

The real solution, of course, is something your correspondent has been saying for years: the US must issue a new currency that is separate from the no-longer-US UN dollar.

A source in the government committee of the 13 bloodlines controlling the old system says, “In the grand scheme of things we move very fast; it’s called acceleration in investment banking.“

The source, a European king, says that a future planning agency will be actively considered.

It would not have a voting structure based on the present reality of the world, not on the world that existed after World War II, when the system we are now using has been set up, he says.

The world is like a giant supertanker with so much momentum that it takes a long time to turn it around, even if there is a new captain who wants to change direction.

That is why, although change is taking place very quickly through traditional measures, progress seems slow.

Still, it will be interesting to see what happens on or about September 30, when the US company has to make payments to international creditors.

This author is not a hedge fund investor, but if he were, he would risk volatility this fall.

If the West does not do anything crucial, it is a good bet that Asians will move after the Chinese New Year in 2020.

If so, remember that the Chinese are very careful, but when they move, they move big.