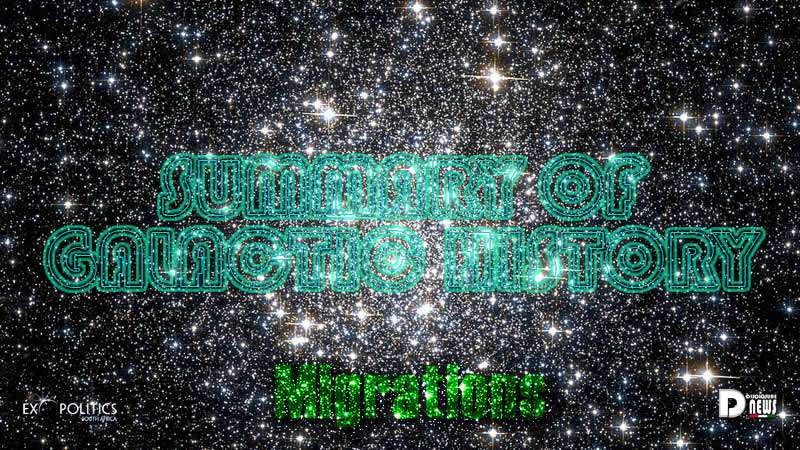 The earliest humanoid civilisations were explorers and colonisers, which led to some migrations. When the wars erupted, more migrations followed.

If we dramatically simplify things, we could say that the spread of mankind through this part of the galaxy, over millions of years, happened in seven consecutive waves of colonisations / migrations. 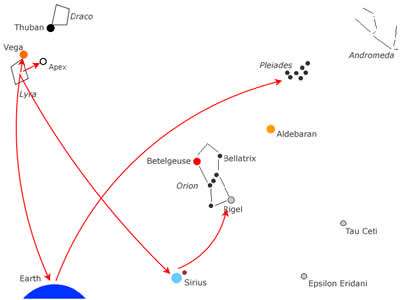 As was mentioned before, the story starts in Lyra, where approx. 22 million years ago, the first humanoid civilisations began their space exploration adventures, to boldly go where no man had gone before.

The first worlds they colonised were Vega, that itself was already inhabited by a humanoid species, and Apex.

Later on the Lyran explorers would also move to Sirius, and on to Orion; while others already came to Earth, and from Earth moved on to the Pleiades. 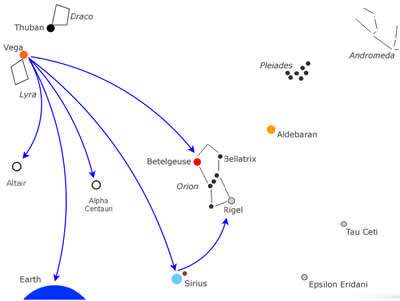 The original humanoid population of Vega soon started their own space explorations, and created settlements on worlds in Altair, Centauri, Sirius, and Orion.

Some of them even came to Earth.

While exploring the Ring Nebula, they came across lizard-like races that claimed the territory for themselves.

This is where the Galactic Wars erupted.

A nuclear war on Apex destroyed much of its surface, forcing its inhabitants to live underground for thousands of years.

The radiation also damaged their reproductive capacities, forcing them to use cloning as a way to survive as a species.

The Apexians would become the Greys from Zeta Reticuli. 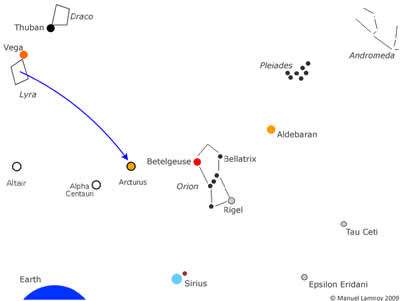 From Lyra to Arcturus

Settlers also moved to Arcturus, where as a species, they advanced very fast. 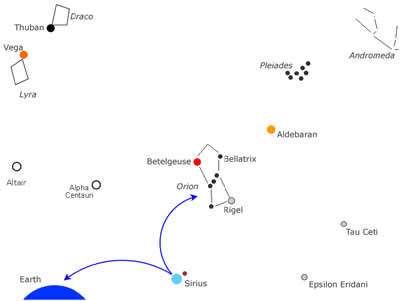 From Sirius to Orion to Earth

In the worlds around Sirius the humanoid settlers found many other species that were not like them at all.

Some settlers therefore chose to move on to Orion.

Later on, loads of Sirians migrated to Earth, too. 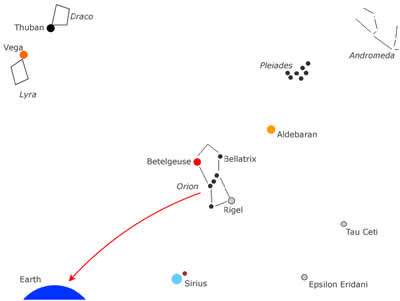 From Orion to Earth

The main battleground for the Galactic Wars was in Orion.

Because of this, many descendants of humanoid settlers in Orion, fled, and also migrated to Earth. 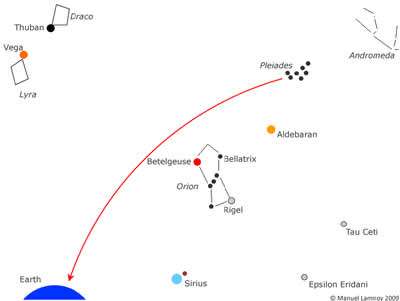 From the Pleiades to Earth

Some of the very first Lyran colonisers had to come to Earth.

When their descendants were afraid the Galactic Wars were coming too close to Earth, most of them moved to the Pleiades.

After time, however, some of their descendants decided to hook up with their relatives from Earth again, and came back to Earth.