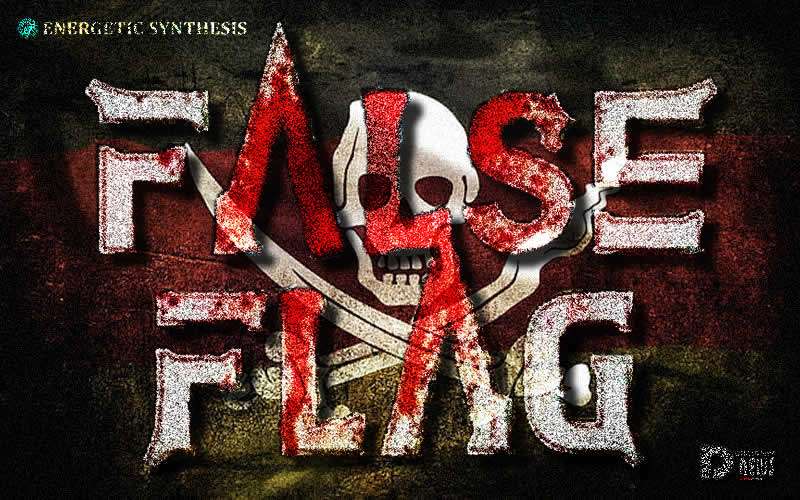 When gaining clarity about the Controller motivations to maintain and advance power and control in the global scape, to dominate world economies and further the master-slave narrative, the concept of carrying out covert military operations or False Flag Events to serve these agendas becomes increasingly evident.

False Flag operations are designed to create a false narrative designed to deceive the masses, while disguising the actual source of responsibility, in order to hide the real organization behind the attack or operation. In warfare, false flags are generally considered acceptable to deceive the enemy and to gain strategic advantage.

False Flag attacks are a method of psychological warfare in which the public reaction is led to follow the bread crumb trail, to be much more likely to support their own government and military forces, especially if the operation is blamed on outsiders.

Without Full Disclosure, however, most of the general public does not understand that a small band of Power Elite families coordinated a plan to declare war on the rest of the earth population many years ago, with the greater assistance of non-terrestrial entities exploiting their power and greed. 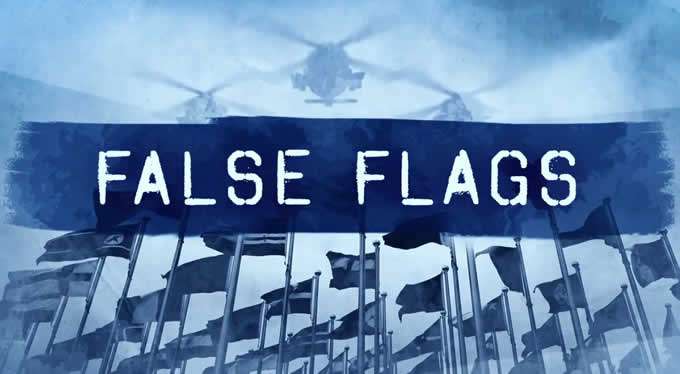 Earth humans have been sold out by a small power elite group of Psychopaths.

Currently, our world governments are embroiled in a hidden war between these cabal factions, that include off planet and on planet groups. 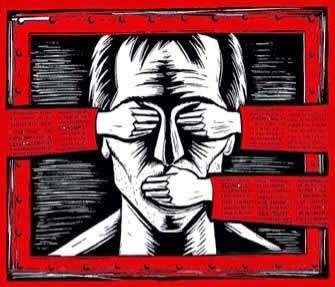 As we gain more understanding about The Propaganda Model and how it is used to manipulate and manufacture consent, we can avoid the pitfalls and open ourselves to promote open discussion and informed debate on many topics that are labeled as unapproved or conspiracy theory in the mainstream.

Conspiracy is fact on planet earth, and there are many pieces of factual evidence that portray these conspiracies throughout history that are fully documented throughout governmental agencies in black and white.

Many despot leaders and military strategists throughout history have acknowledged the use of False Flags as a psychological weapon against their own country.

The easiest way to gain control of a population is to carry out acts of terror, and the NAA use these tactics well. To understand what we are actually looking at, we first have to decode the methods used in psychological warfare to see how deep down the rabbit hole the Psychological Manipulation and exploitation of humanity goes, and the main reasons behind it.

The concept of False Flag operations and False Fronts used to confuse the human population with elaborate deceptions is also helpful in discerning spiritual warfare commonly used by the Controllers to target awakening people in the truth seeking or spiritual communities.

A false flag is a military term used to define a covert operation that is carried out for psycho-spiritual warfare for the purpose of divide and conquer.

This is designed to deceive the targeted individual or group to break down trust and destroy the foundation of the community and their objectives from the inside.

The deception, which is usually generated from some event the targeted person perceives as an attack made against them, such as psychic attack, black magic, implant sprays or dark entity harassment, is then attributed to another individual or group that has nothing to do with the supposed attack that was carried out on that individual.

Usually, during this event of targeting people with dark entity harassment, both parties are sent holographic inserts with the facial recognition or energy signature of the other, that the dark entity is placing as the bait for assigning the blame. 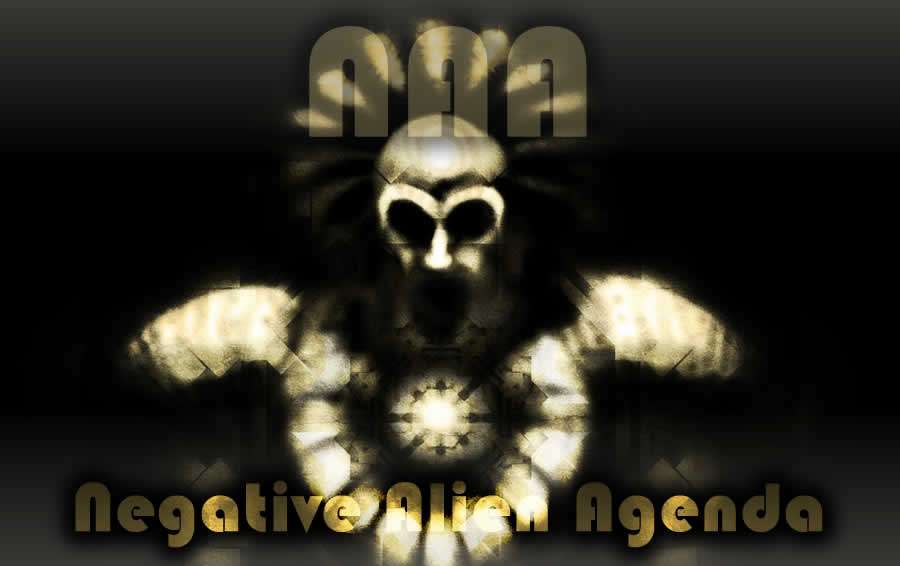 The deception creates the appearance of a particular individual or group, via holographic insert, being responsible for some nefarious activity, while disguising the actual source of responsibility, which is usually the NAA groups or human Controllers.

Now apply this same scenario to the chaos and confusion that exists on the astral plane, and the blended reality areas of the artificial timelines and phantom matrix that are controlled by holographic inserts that can project cloned images of any person or group they choose to, without their consent, without their personal awareness.

By methodically destroying the cohesion and unity that exists within any targeted group, leader or organization, the overall group objectives are weakened by internal division and chaos, whereby outside organized dark forces that use controlled chaos and false flag tactics can intercept and easily impose control over the group’s resources.

When a person or group believes and feeds into lies and blind spots, it severely weakens them.

The community collapses onto itself, spiritual betrayals and emotional devastation are rampant and all good intentions have been used to pave the road to hell.

Many people on earth were and are contacted by human and nonhuman imposters, from these operations that are in military alliance to gaslight and lie to the earth people about many ongoing themes of global concern, for the purpose of intelligence handling and controlled opposition.

These imposter and military operatives have infiltrated many areas of the ascension and disclosure community.

They are on the ground and in space, hidden behind the many false front organizations in which their primary job is to attack, dismiss and debunk unapproved topics through mass propaganda and character assassination schemes.

The purpose is to take over any truthful information about the planetary ascension or disclosure event that happens to seep through the multidimensional communication gateways, when awakening people start to more easily receive telepathic transmissions from a variety of sources that cannot be prevented.

This same False Flag scenario has been described previously as the Victim-Victimizer software program, which is repeated over and over again to incite the negative ego run amok to destroy spiritual and truther communities.

This is an alien viral infection in our Universal Time Matrix inherited during the Orion Wars, when the black hole into the neighboring fallen matrix was ripped open, and this AI program was unleashed into our world.

Its design is to generate extreme polarity, reversal in polarities, and splitting between electrons and protons that prevent unification and synthesis between those polarities.

When we use the negative ego to play out the archetypal forces in the victim-victimizer alien game, there are no winners, only consciousness slaves.

Remote viewers and energy workers in the spiritual communities, are you adept at being able to discern what reality pictures you are perceiving that are sourcing from inserted alien machinery, phantom matrix, the Imposters themselves or organic creator code?

Before jumping on a bandwagon and placing judgment or blame upon your spiritual brother or sister, consider these complex psychological warfare tactics carefully and request humility be present in your actions. 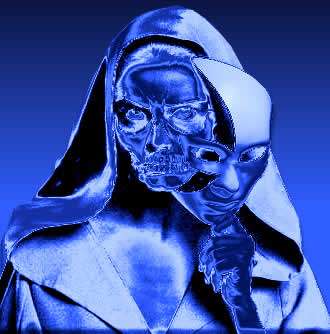 Holograms And Clones For Satanic Ritual

In order to attempt to weaken, confuse and destroy spiritual leadership and ascension groups committed to planetary stewardship to achieve consciousness liberation, these individuals are heavily targeted for satanic ritual abuse that is programmed into an artificial alternative reality.

The NAA save a special brand of spiritual warfare to attempt to emotionally devastate and fracture all those in spiritual leadership positions that choose to represent Krystic attributes and the Christos blueprint on the earth, which they believe is an intrusion made upon their farming territory.

Historically, the NAA have used members from the Emerald Founders and Blue Flame Essenes as mock effigies for sacrificial burning funeral pyres, these are cloned light holograms of torturing Christos-Sophia in Moloch and Wicker Man rituals running throughout the artificial and phantom matrices.

These funeral rituals are used specifically for enforcing the crucifixion and satanic ritual abuse of the Christos-Sophia consciousness and to automatically target these individuals and couplings with assorted black magic, anti-hierogamic splitter technology and other forms of sophisticated technology used for psycho-spiritual warfare.

Many of these burning pyres and cloned mock effigies are set up in the artificial Christ Consciousness matrix from within the astral plane, which is being technologically controlled as the false ascension matrix from the phantom areas. 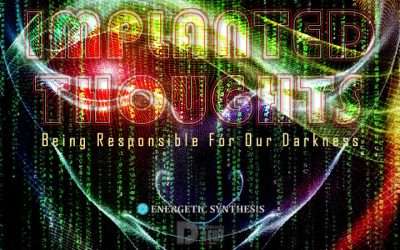 Implanted Thoughts – Being Responsible For Our Darkness

When we have a better comprehension of how Implanted Thoughts and mind control implants are used, we can better discern the agenda and refuse to participate with it. If someone set out to design a society that drives people to worship self-destruction, self-absorption, and materialism while driving them to escape the inner emptiness through self-medicating and addiction, you’d have the general blueprint of mind control that is used in our society. 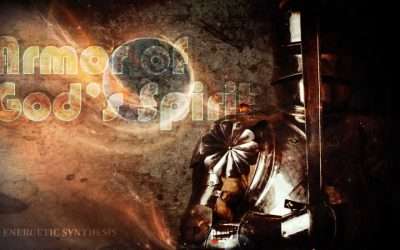 The use of the term Armor of God may incite internal triggers for those that have been traumatized as the result of being groomed in religious family overlays that were later revealed to be used by spiritual authorities for committing harmful power abuses. The point is to know with certainty that the Armor of God’s spirit is a true and accurate consciousness structure, and it is intrinsic to the protection of the lightbody of the individual that wears it. 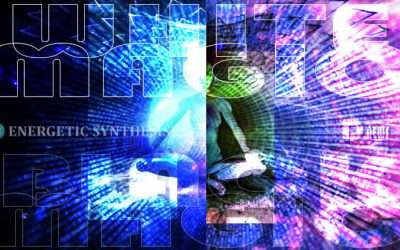 In the proper context for comprehending that everything is made of energy, all energy is intelligent and conscious and this energy influences the world around us. This helps us to easily identify the difference between what is referred to as white magic, positive energy or black magic, negative energy. Those that have knowledge of energy and are practicing meditation rituals to focus their consciousness with positive intentions, that are loving, kind and compassionate and seeking to truly do no harm or evil to themselves and others, are referred to as white magicians or Maji. 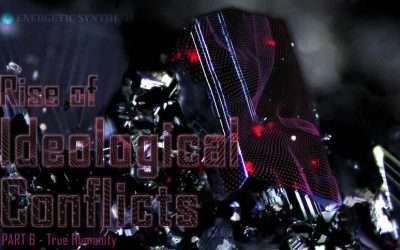 True humanity. That’s who we are; everything else should really fall aside. So in learning how to seek clarity and agreement on the terms for discussing ideological differences and conflicts, a good beginning is by learning how to become a safe person relationally, and establishing ways that a trusting relationship can coexist despite different points of view, despite the range of ideological differences. And in my personal view an easy way to do that is just to bring the Golden Rule into your life. 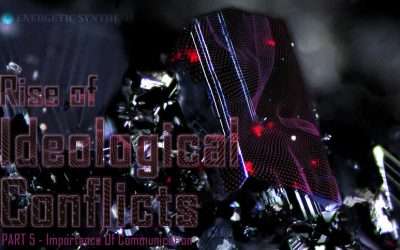 So this is really what I want to leave with you, with this information, is to know yourself deeply and learn how to communicate well. At least attempt to be able to communicate, make improvements in your communication with others, because most people do not know how to communicate with others, especially with kindness or with compassion and empathy. This is a critical skill set now in the current outer terrain of radical psychological warfare being targeted into the population. 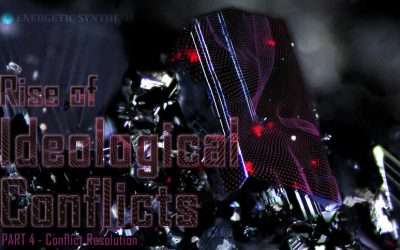 Most of what we’re dealing with down here on planet earth is conflict resolution, so we need to get more comfortable with that process. One big theme to remember is that most people in their ego will feel conflicted when they perceive their ideology is being challenged, or that their belief in the nature of reality is being called into question. And many times they are resistant to resolving any of this with you or others, because now they’re going have to make changes in their lifestyle if they were to admit the possibility that this could be true, or their ideology is flawed.