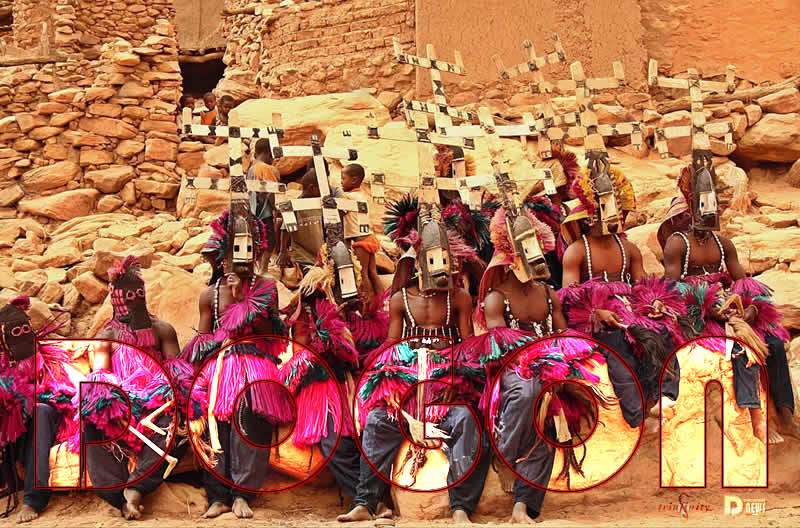 The Dogon are an ancient tribe living in Mali, West Africa.

They claim to be the living conduit between heaven and Earth and to possess not only knowledge of the cosmos, but of man’s true origins.

The Dogon are believed to be of Egyptian descent and their astronomical lore goes back thousands of years to 3200 BC.

For centuries the Dogon successfully managed to remain isolated from neighboring influences as well as from capture by Islamic slave traders.

What they kept hidden from the rest of the world is quite amazing.

According to one of their oldest legends, a race called the “Nommos” visited the Earth from the star Sirius many millennia ago.

The Dogon learned from the Nommos that there was a companion star (Sirius B) orbiting the Sirius star (the brightest star in the sky near the constellation Orion) where the Nommos came from. They landed on Earth in an “ark” that made a spinning decent to the ground with great noise and wind. 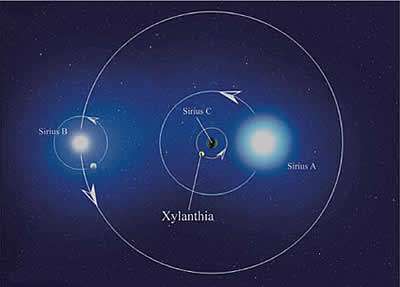 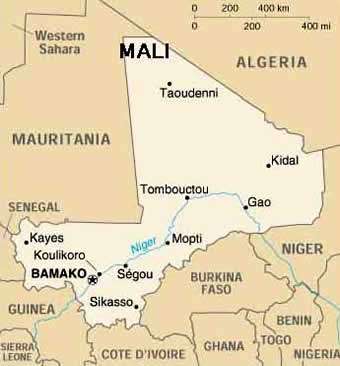 The tribal elders not only shared their amazing understanding of Astronomy but Physics as well.

They knew that the Earth was not flat, as many primitive tribes believed, but a spherical orbiting body in ‘space’.

Somehow they knew a companion star exists to Sirius A, even though Sirius B wasn’t visible to the naked eye until it was photographed by a large space telescope in 1970.

While scientists had long suspected its existence since as early as 1844, none could confirm what was speculated as a “white dwarf” star smaller than Earth.

Some modern-day scientists scoff at the Dogon’s early knowledge of the cosmos, yet have a hard time explaining how the Dogon came to possess a 400-year old artifact that apparently depicts the Sirius configuration.

Since the 13th Century they have also performed a “Sigui” ceremony every 60 years to celebrate the cycle of these stars, somehow accurately knowing that this is approximately how long it takes for Sirius A to orbit Sirius B.  (The next one is expected to occur n 2027).

Scientists also find it hard to explain how the Dogons knew about the super-density of Sirius B, a fact only discovered a few years before the anthropologists recorded the Dogon stories.

The Dogon’s legend goes on to say that the Nommos also furnished the Dogon’s with some interesting information about our own solar system: That the planet Jupiter has four major moons, that Saturn has rings, and that planets orbit the sun.

These were all facts discovered by Westerners only after Galileo invented the telescope.

As larger and more powerful telescopes explore the Sirius system, they may be able to validate another Dogon legend of a third star—Sirius C.

Sirius A and Sirius B – Optical and Infrered Telescope Images

According to Dogon legend, the Nommos lived on a small planet that orbits Sirius C.

A planet that was dying out for some unknown reason which caused the Nommos to seek habitation elsewhere. (Most scientists do not consider any part of the Sirius system a prime candidate for life.) 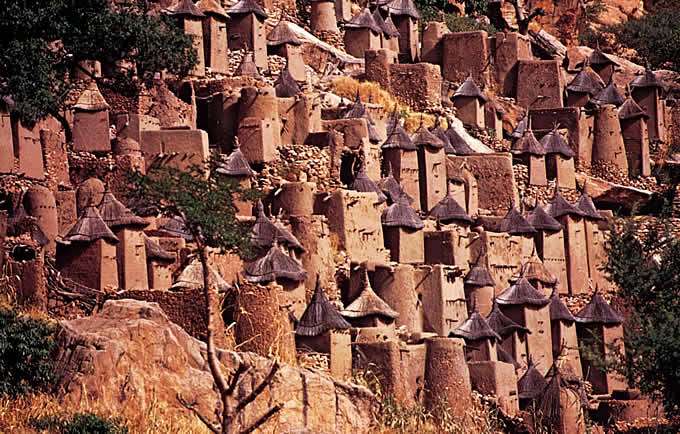 However, in 1995 gravitational studies showed the possible presence of a brown dwarf star orbiting around Sirius (a Sirius C) with a six-year orbital period. More has yet to be learned.

The Dogon correctly define the key components of matter from atoms to quarks to the vibrating threads of string theory, all in the proper sequence, as supported by explicit tribal drawings.

This, too, they learned from the Nommos, which they called the Gods that descended from the sky in a vessel accompanied by fire and thunder.

They revealed that these Beings resembled amphibious creatures who were clothed in grey and were responsible for giving rise to all of mankind.

The Nommos’ visit to Earth is also alluded to in Ancient Babylonian and Sumerian myths. 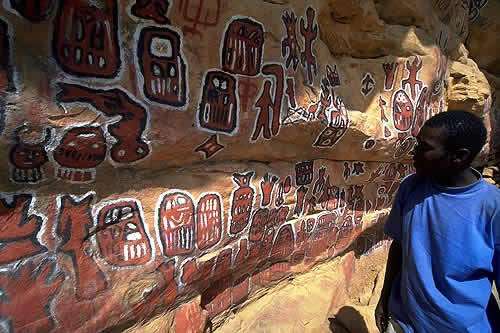 Africa is often known as the cradle of civilization and the birthplace of humanity.

The question then is who were the Nommos and what exactly did they bring to Earth?

According to legend, there was an earlier race of aliens who came to our solar system from Sirius B almost 1,000,000 years ago.

Their planet was dying and so they inhabited Mars where they thrived until a catastrophe occurred. 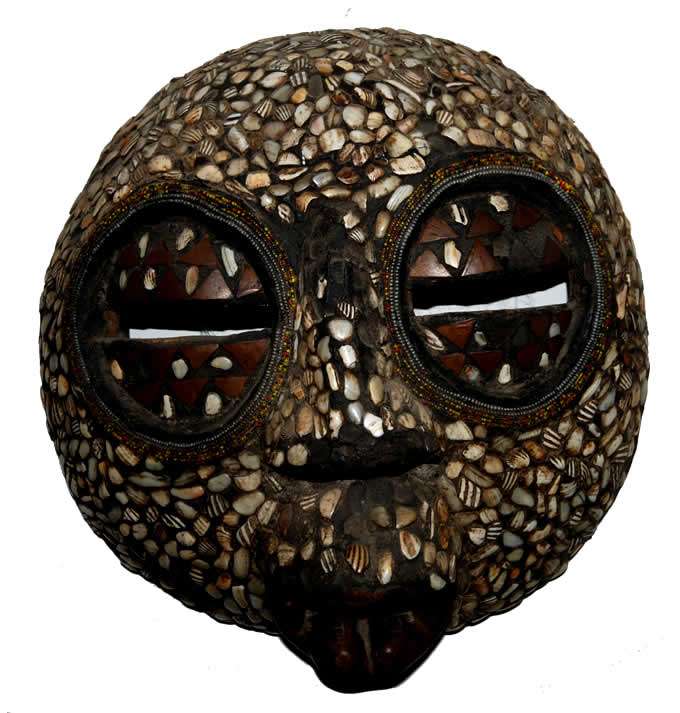 Mars was struck by a huge asteroid about 900,000 years ago which eventually altered the atmosphere and forced this progenitor race to seek habitation elsewhere. (Our scientists have confirmed that Mars appears to have been hit by a devastating event in the past, as well as there being strong evidence of past civilizations.)

The legend says that after the Mars catastrophe this progenitor race made its way to Earth 350,000 years ago in order to avoid extinction.

Although the Earth was abundant in oxygen, this ancestral race required more helium as well as higher nitrogen and carbon dioxide, which the Earth was lacking in.

In order to survive our atmosphere, this race began genetic engineering so their offspring could adapt and thrive under these new conditions.

They called their engineered offspring “Anu”.

The Anu (later known as the Anunnaki) were a race of powerful non-human god-like beings.

The Sumerian tablets make reference to them as the gods who then ‘created’ the Igigi (also known as the Eloah/Greys) to serve them.

The Anu would rule over Earth for a thousand years, but eventually they, too, became sick from Earth’s environment like their parent predecessors.

The Ancient Near East texts say the Igigi rebelled against their Anu creators.

Around 225,000 years ago, when the Anu began to slowly die off, the Eloah/Greys started growing in power and numbers.

To protect their future, the Anu created the Austra Albus race, their genetically enhanced offspring with Hominoid DNA.

Eventually, they would also come to create the Modern Human race using enhanced genetic manipulation with a small infusion of their own alien DNA (that 5% “junk DNA” we still can’t figure out).

Around 25,000 years ago the Austra Albus race was warned about the growing threat of the Eloah/Greys so they infected them with a powerful and permanent biogenetic virus.

This caused the Eloah/Greys to be unable to withstand our Sun’s electromagnetic radiation, driving them underground to live in subterranean cavern-like environments.

The Austra Albus eventually began their own genetic manipulation program and started eliminating as much alien DNA from their lineage as possible to become 99.999% human in appearance and anatomy. 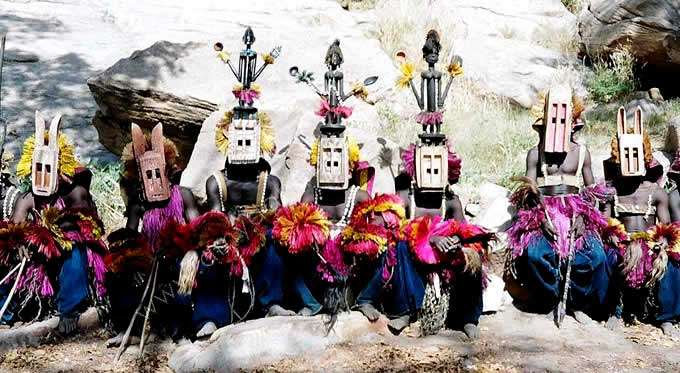 They became a highly controlled “bloodline” that today represents the “powers that be” amongst the ranks of humanity.

This preserved bloodline is often referred to as the illuminated ones or “the Illuminati”.

So where does that leave all these species today?

High-ranking military whistleblowers have come forward over the years to disclose that the Eloah/Grey race still exists with less than 1,000 in number due to breeding restrictions.

These are the beings which have been reported to be working covertly with our military in secret underground bases, protecting their existence, in exchange for giving the U.S. advanced space and weaponry technology.

If true, this makes us all aliens.

While this may seem implausible to accept, we need only examine some of the ancient Jewish and Biblical religious texts for confirmation.

They infer a knowledge of genetic engineering taking place when they cite the “Sons of God” creating a new race (the Fallen Ones or the Nephilim) which they call the “sins above all others” (genetic engineering).

Molecular and cellar biologists have discovered that segments of the Human Genome have been clearly fused; leaving trace evidence of extraction, inversion and splicing of single genes into the human genome.

This proves that evolution with regards to modern humanity is wrong. 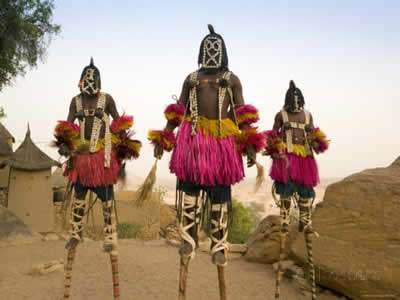 Geneticists tell us that fusion such as this is only seen in advanced genetic laboratories where evidence of genetic engineering can be seen in genes that were manipulated.

Natural mutation of this kind is said to be impossible.

Because modern man now knows more about the language of DNA, scientists today ARE capable of genetic manipulation, cloning, and a plethora of other unnatural experiments being conducted on animals and humans.  Most of which we will never know about.

This is what ethicists refer to as an “abomination of nature” or “playing God”. The Ancients simply called it “the sins above all others”.

In light of all this, a more highly advanced race from our past, which learned how to create multiple new species like us, is not such a far-fetched idea after all.

The question today is whether those in power who know about man’s true origins will ever decide to finally come clean on the subject with their fellow brethren.