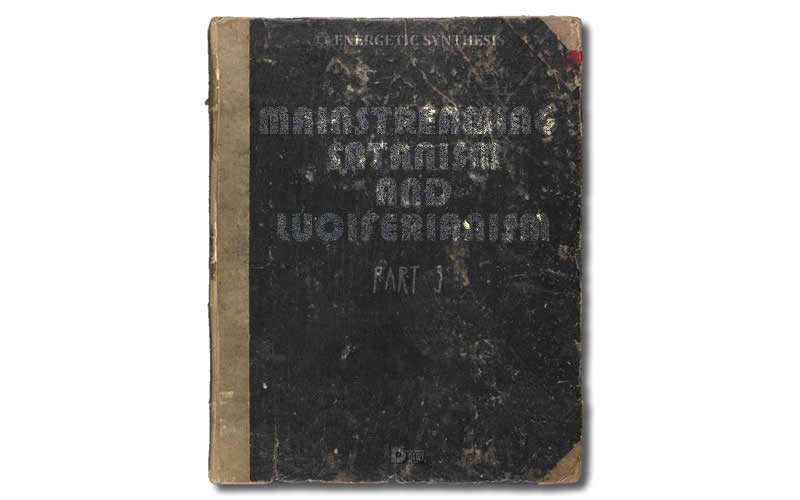 Satanic and Luciferian consciousness forces can exist simultaneously within humans and non-human entities, who are practicing Satanic or Luciferian ideologies.

They have a lifestyle that can also be considered Service to Self orientation, a deeply egoic, narcissistic and potentially psychopathic and violent personality that wants wealth and power over anything else.

Powerful Satanic and Luciferian cults operate within inverted systems, they enforce a culture of absolute secrecy, and demanded loyalty with many layers of compartmentalized bureaucracy, filled with legal instruments and non-disclosure agreements throughout the many pillars of society to remain mostly undetected.

They have access to unlimited wealth, while their projects are incredibly well funded and expertly insulated through a vetted network of powerful people.

People that are organized in a hierarchical, highly compartmentalized layer of pyramidal inverted institutions and storefronts, where each layer has limited knowledge about the many tentacles that make up the entire scope of the organization’s true objectives and activities.

As such, a whistleblower that leaks secrets or is an apostate of the business of the cult or its lifestyle, is considered a traitor and threat to be blackmailed and legitimately punished by any extent that is relative to their personal beliefs or moral code, if there is one.

The cult will seek to permanently erase or destroy their lives and that of their families, even down to ritual torture and death.

As a result of enforcing such dire consequences for breaking secret agreements, and the fact there is no rule of law operating for those criminals who have unlimited wealth for bribery, there are few people that are willing to go public and help educate others about those in power that subscribe to the Power Elite Satanic or Luciferian cult lifestyle.

For this reason, it is unreasonable and naive to believe that the survivors and victims of Satanic and Luciferian cults and human trafficking rings will become public and tell their story, when in the majority of cases they remain completely unprotected by the law.

The Many Spectrums of Satanism and Luciferianism

It is important to comprehend as with all things, that there are many ranges of current socially acceptable lifestyle practices that would identify within the spectrum of Satanism or Luciferianism, from dabblers, black magicians, as well as any moderate to fanatic practices that strictly observe the holidays and ritual seasons.

The spectrum of the intensity of the practice of Satanism or Luciferianism is usually based on the level of each person’s negative ego distortions, their personal desires, lust for power and addictive tendencies.

The stronger the ego drive for instant gratification, the less moral fiber to consider the consequences that action has upon others.

In the freedom of practicing any religion or lifestyle, just because a person identifies with being religious or spiritual does not make them a good hearted, trustworthy and compassionate person. 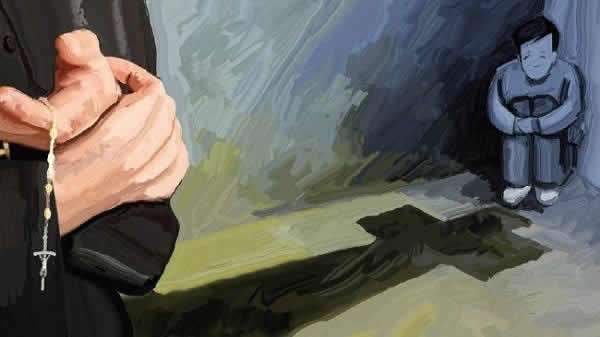 One may draw comparisons observing many Christian sects, that may identify with the Bible or Jesus’ teachings, yet have many different ranges of interpretations and belief systems in what is thought to be God’s divine will for humanity.

People that identity with being Christian and yet subscribe to the blood sacrifice of Jesus nailed to a cross as God’s plan for humanity, have no idea that blood sacrifice is purely Satanic and has absolutely nothing to do with true Christianity.

In this state of mental confusion, there are many people with inverted belief systems, identifying as a Christian, and yet they are really practicing and connecting with Satanic forces that are pretending to be Christian.

Satanic and Luciferian forces are the great Imposter Spirits, they are the ultimate deceivers and liars that enjoy confusing and mocking people.

As an example, the Catholic Church is plagued with pedophilia and sodomy of children committed by clergy, which are the main tenets of the high-powered Satanists in their rituals for gaining power and control over others.

With the knowledge of the Satanic agenda and their practices and belief systems, it becomes crystal clear who has been really running the Catholic Church and Vatican City.

Satanic forces mock the Christians by pretending to be representatives of goodness, God and Christ.

Additionally, many youngsters involved in these practices that proclaim themselves as Satanists when influenced from movies, modern art or music, are not involved in human blood sacrifice, but remain completely unaware of the spiritual-energetic ramifications of giving their authority to Satanic or Luciferian forces.

Many have no idea that these forces directly connect and communicate with an array of off planet alien forces that directly answer to some of these sigils and rituals, many times infiltrating the human energy field and implanting their consciousness to become their mind control slave.

However, what is considered acceptable behavior in one sect of a Satanic cult, like the ritual murder and cannibalism of babies, may be found morally reprehensible in a Luciferian belief system and vice versa. 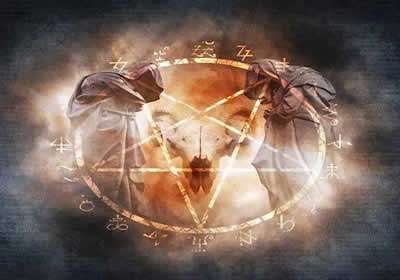 Many have no idea that these forces directly connect and communicate with an array of off planet alien forces that directly answer to some of these sigils and rituals, many times infiltrating the human energy field and implanting their consciousness to become their mind control slave.

However, what is considered acceptable behavior in one sect of a Satanic cult, like the ritual murder and cannibalism of babies, may be found morally reprehensible in a Luciferian belief system and vice versa.

Many Luciferians do not believe that Satanic forces actually exist. Yet, they are interacting with Satanic forces in Satanic blood ritual referring to this same consciousness force as Lucifer, without the conscious awareness of the fact of who or what is actually present during the ritual of black magic sorcery.

What makes it easy to confuse the two distinct and separate consciousness forces of Satanism and Luciferianism, is that they are comprised of female-male gender reversals that are both based in the Service to Self ideology.

We could think of a classic Satanist locked in the lower three layers of the negative ego, focused on the instinctual drives, while the Luciferian is attempting to gain higher knowledge through opening his third eye, by passing his heart center.

Additionally, there are many people that are not aware of the NAA, and may identify as a Satanist or Luciferian, yet are fully capable of having a reasonable set of ethics in being respectful to others and not desiring to inflict harm on anyone.

For them, the Christian religion as it is generally represented is morally repugnant, and what is marketed as Luciferianism is much more appealing and rational.

However, Satanism and Luciferianism at its core source share the common ground of beliefs that are rooted in Service to Self, believing that in order to become a master of the material world and gain wealth, prestige and knowledge, those with superior genetics and brute power deserve to exercise rulership over others that are less privileged.

These Archontic Deception overlays come directly from the mind control broadcast from the NAA themselves.

Spreading and growing the secret practice of Satanism and Luciferianism in the earth human population and throughout the main pillars of society is the primary agenda of the negative aliens who invaded our earth, who desire to enslave the planet and human consciousness through believing in their many complex deceptions. 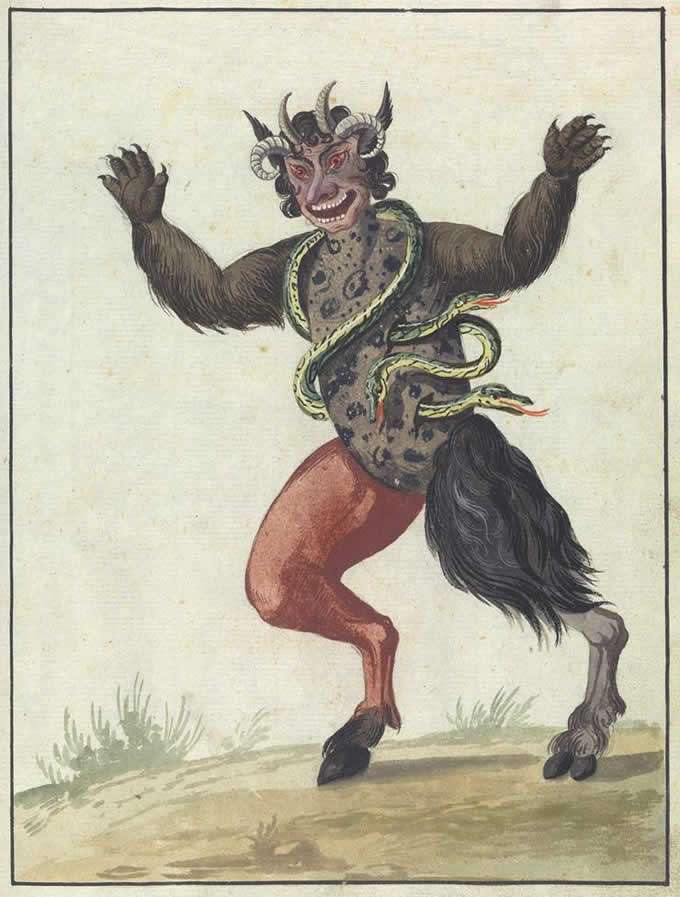