2019 Year Of The Pig to Start with Big Bounty for People of the World.

The Chinese New Year – 2019 Year Of The Pig – starts tomorrow, February 5th and sets up this year to be a year of bounty, where people can feed at the trough to their heart’s content, Asian secret society sources say.

2019 The Year Of The Pig or Boar is associated with the hours 9-11 at night, which means the world is also set to get truth and closure on the mass murder and attempted gold heist of September 11, 2001, the sources say.

However, this year is also set to be a year of slaughter for certain elite criminals who have been trying their hardest to murder 90% of the world’s population, according to Western secret society sources.

It is the return of the bounty stolen by these criminals that will be feeding the downtrodden 90%, they say. 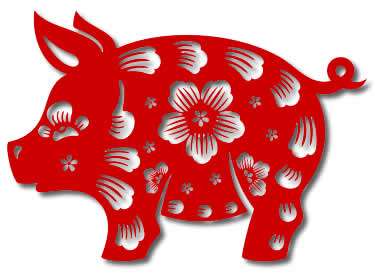 Year Of The Boar

In concrete terms, the British branch and most of the French branch of the Rothschild family are trying to negotiate an orderly transfer of power, according to CIA sources based in Asia.

The Rothschilds and other families that own the private G7 central banks are hoping to trade their control of here-and-now money (ATMs, cash printing), financial computers, and international financial transfer systems in exchange for some real-life assets, such as rights to some of the historical Asian gold, the sources say. 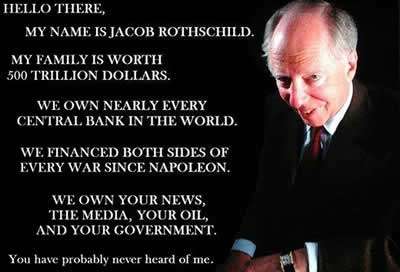 These negotiations are ongoing, but one thing that has now already been decided is that the United Nations will be moving its headquarters from New York to Laos.

“Only those of high energy who are ready to help humanity move forward, clean up the pollution on this planet, and create a new world of peace and harmony for all living beings will be allowed to reside in the new headquarters—in other words, all new members who actually represent the inhabitants of this world,” a source said.

The U.S. government has been funded until Friday, February 15th so that certain major announcements related to these and other matters can be made over the following long weekend which celebrates George Washington’s birthday, according to Pentagon and CIA sources.

However, there are still some tough issues that need to be negotiated between now and then, say Asian and Western secret society sources.

It turns out that the real the reason Western intelligence community ordered her arrest was not for fraud, but rather because Huawei was moving ahead at a blistering speed with the rollout of 5G wireless technology, even though it has been found by scientists to damage human brains and disrupt natural living systems.

The idiots in the Western intelligence services, so used to lying to the public, should have just said this in the first place instead of saying it was because she “circumvented U.S. sanctions on Iran.”

This was a stupid public excuse, because as Canada’s recently fired Ambassador to China John McCallum noted, “Canada does not sign onto these Iran sanctions.”

In fact, last week Germany, France, and the UK set up a special-purpose vehicle to let companies and countries avoid the sanctions imposed by the government of U.S. President Donald Trump.

Europe unveils plan to circumvent US sanctions on Iran in bid to save nuclear deal.

Britain, France and Germany have announced a new financial instrument to help European companies circumvent US sanctions in a bid to keep the nuclear deal with Iran alive.

The Instrument for Supporting Trade Exchange (INSTEX), which was registered this week, is designed to facilitate legitimate trade with Iran without exposing European Union firms to US sanctions on the Islamic Republic.

The move is in defiance of Donald Trump’s policy of applying “maximum economic pressure” to the country and underscores the deepening rift between Brussels and Washington over how best to handle Tehran.

Jeremy Hunt, the Foreign Secretary, called the “special purpose vehicle” a “significant step forward” in meeting European commitments under the 2015 nuclear deal, which lifted some sanctions against Iran in exchange for halting its nuclear program.

“This is a clear, practical demonstration that we remain firmly committed to the historic 2015 nuclear deal struck with Iran, the Joint Comprehensive Plan of Action, for as long as Iran keeps implementing it fully,” he said.

This announcement is important because it is the first Western-backed system that goes around the cabal-controlled SWIFT international transactions system.

The SWIFT system is now requiring people to register a personal “tax identification number” (the mark of the beast) in order to send money via its system.

The controllers of the old financial system faced many other defeats last week.

One big one was their failure to steal Venezuela’s oil resources by placing one of their flunkies in charge. 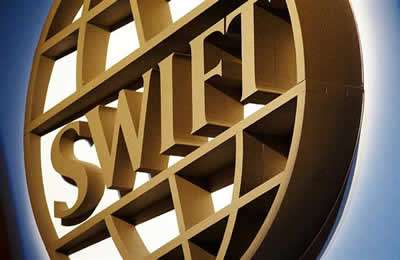 Venezuelans figured this out when so-called “opposition leader” Juan Guaidó revealed his true colors last week by promising to “privatize” (i.e., hand over to the Khazarian Mafia) Venezuela’s oil resources, the world’s largest.

A cabal attempt to overthrow the government of Zimbabwe (and steal gold, diamonds, rare metals, and other resources) by jacking up oil prices also failed last week.

In another sign that the old order was panicking over a loss of control, last week the U.S. Senate voted 68 to 23 against U.S. troop withdrawal from Syria and Afghanistan.

The senators were in fact voting against a cabal loss of revenue from stolen Syrian oil and Afghan heroin, note CIA and Pentagon sources.

Both Zimbabwe and Venezuela were targeted because they have been pioneers in issuing a currency based on real-world assets and not illusion, as has been the case with G7 central bank currency, Pentagon sources note. “The era of asset-backed currencies has begun,” the Pentagon sources say.

The Pentagon sources also are now saying, “The failed coup in Venezuela may have been a gambit to expose Neocons while pressuring China for a trade deal.”

In any case, the sources say, “We can expect more surprises after Trump delivers his State of the Union speech on February 5, which happens to be the Chinese New Year.” 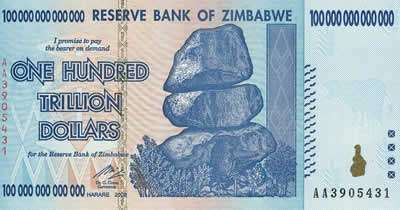 CIA sources are also saying Trump son-in-law “Jared Kushner’s time in the White House may be up.”

Both CIA and MI6 believe Kushner to be compromised both sexually and financially, and is clearly an unregistered agent of a foreign power.

U.S. counterintelligence specialists had denied Kushner any security clearance on this basis, only to be overruled by someone acting “in the name of the President.” 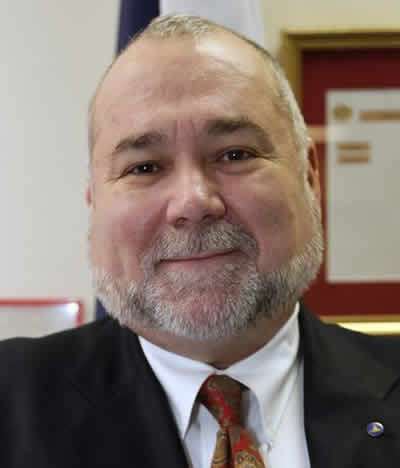 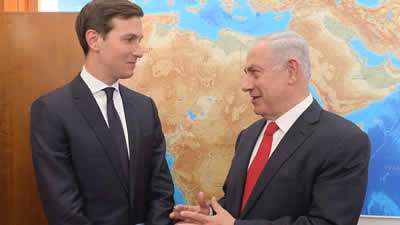 Now Democrats are calling for a special investigation that will probably reveal that Kushner is as much of a criminal as his father was, receiving tens of millions in cash under the table in New York City, and now tens of millions in bribes for representing the Zionist state of Israel in the White House.

President Donald Trump is rightly furious with his so-called intelligence chiefs, particularly the Director of National Intelligence Dan Coats, who continues to feed the Russian election interference story with false testimony to Congress.

Robert David Steele, former spy recommended for the Nobel Peace Prize in 2017, has dismantled Coats in a new article that points out that China, Iran, and Russia spent at most “1% of 1% of what Zionist pimp Sheldon Adelson and so many others spent. Israel, not Russia, is the foreign power managing U.S. elections.”

While Steele refers to these people as Zionists, many of them in fact are Satanists. More and more of these groups are now being flushed out into the open.

In Brazil, for example, the world is now finding out that “spiritual leader John of God” was keeping young girls as sex slaves, selling their children, and then killing them after 10 years of “breeding.” 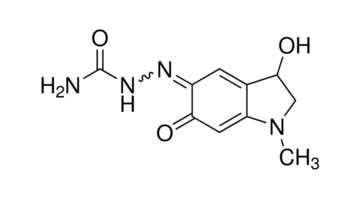 It would be nice to think that at least the children were adopted into happy homes, but unfortunately many of them were probably murdered in order to harvest blood and “Adrenochrome.”

Vatican sources alerted us last week to a dark website that purports to sell this substance.

Here is part of what it says:

The Adrenochrome (C9H9NO3) compound is synthesised by the oxidation of adrenaline, sourced from the blood of human children.

Adrenochrome is the purest product on the market, harvested under strictly regulated conditions from our international supply chain of child donors.

The blood of children and virgins, in particular, has long been converted for its life-giving properties—both as a sacrificial offering and a substance to be ritually imbibed.

Virginia Democratic Governor Ralph Northam’s comments supporting the killing of third-trimester babies after they have left their mothers’ wombs should be seen in this context.

It would not surprise me if Northam, who was a “pediatric neurosurgeon,” made money from selling adrenochrome.

You can rest assured that the White Dragon Society and its allies will continue to hunt down and arrest or kill all of these scum of the earth until not one of them is left either free or alive.

Of course, in order not to become that which we are fighting, the WDS prefers public, evidence-based trials to extrajudicial killing.

To that end, we are pushing for Nuremberg-type trials to start as soon as possible, in order to sort out the true criminals who are beyond truth and reconciliation.

Only then can we start a wonderful new age in which all children, weak creatures, and everybody else can feel safe and loved.