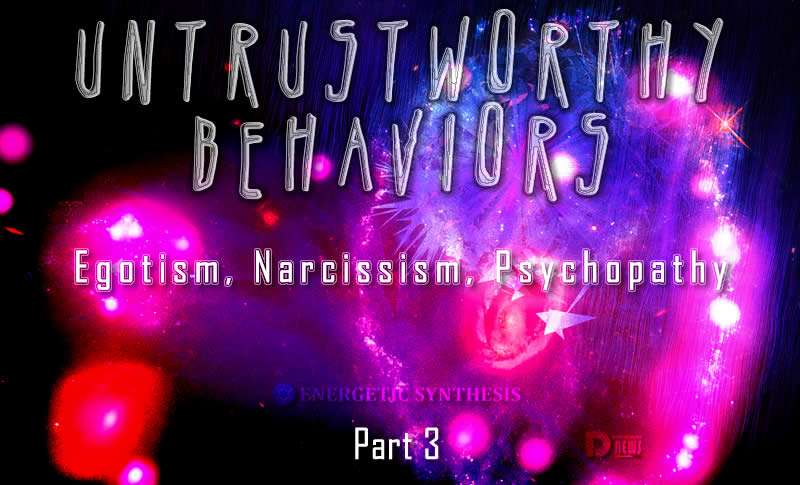 Egotism is the drive to maintain and enhance favorable views of oneself and generally features an inflated opinion of one’s personal features and importance at many levels; intellectual, physical, social and other.

The conceit of egotism describes a person who acts to gain values in an amount excessively greater than that which he or she gives to others.

This profile fits the Service to Self identity. Egotism may be fulfilled by exploiting the sympathy, irrationality or ignorance of others, as well as utilizing coercive force and fraud.

The egotist has an overwhelming sense of the importance and centrality of the ‘Me’ and of their personal qualities and desires. 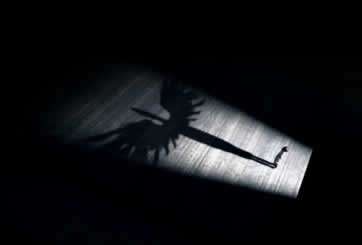 Egotism means placing oneself at the core of one’s world with no real concern for others, including those loved or considered as close, in any other terms except those that are set by the egotist. 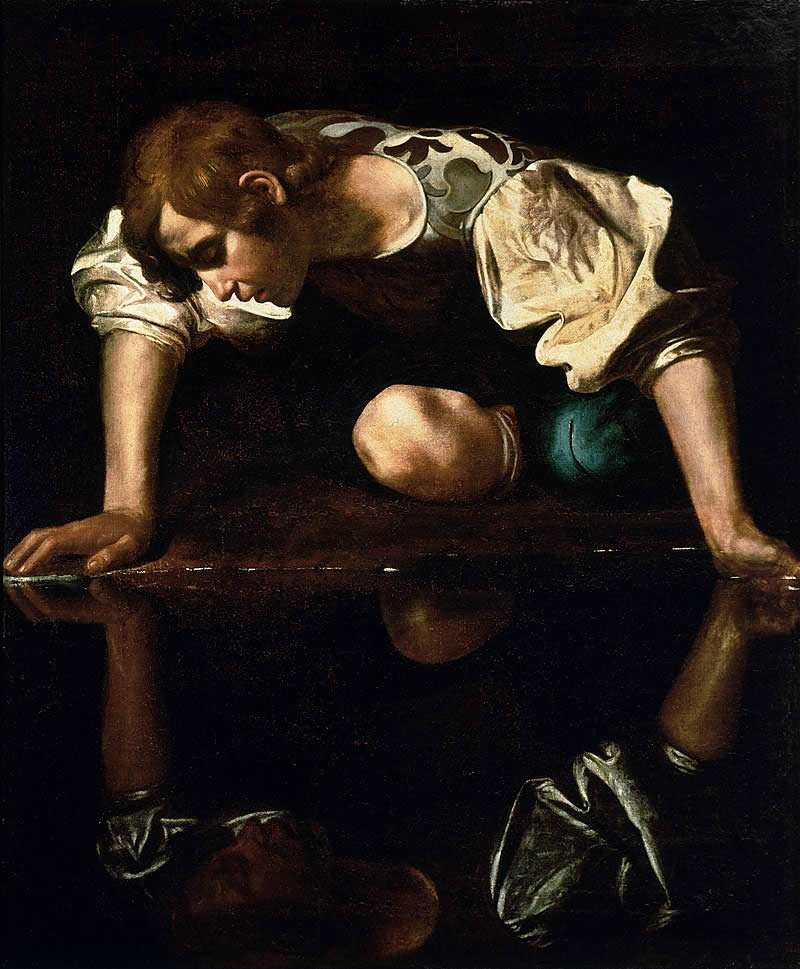 Narcissism is used to describe the pursuit of gratification from vanity, or egotistic admiration of one’s own physical or mental attributes, that derive from arrogant pride.

The Seven Deadly Sins of Narcissism:

Psychopathy – The Third and Final Stages of Insanity

Sociopathy and Psychopathy are often used interchangeably, but in some cases the term sociopathy is preferred because it is less likely than is psychopathy to be confused with psychosis, whereas in other cases the two terms may be used with different meanings that reflect the user’s views on the origins and determinants of the disorder. Sociopaths are masters at influence, Emotional Manipulation and deception.

Very little of what they say actually checks out in terms of facts or reality, but they’re extremely skillful at making the things they say sound believable, even if they’re just making them up out of thin air.

Psychopathy as a personality disorder is characterized by enduring antisocial behavior, diminished empathy and remorse, and disinhibited or bold behavior.

1. Boldness. Low fear including stress-tolerance, toleration of unfamiliarity and danger, and high self-confidence and social (alpha) assertiveness. Fearless dominance. May correspond to differences in the amygdala and other neurological systems associated with fear responses.

2. Disinhibition: Poor impulse control including problems with planning and foresight, lacking affect and urge control, demand for immediate gratification, and poor behavioral restraints. Impulsive antisociality. May correspond to impairments in frontal lobe systems that are involved in such control. Higher level satanics are highly organized and have been trained to project a socially acceptable personality out to the public, while redirecting addictive or deviant impulses to be dealt with and released in privacy.

3. Meanness: Lacking empathy and close attachments with others, disdain of close attachments, use of cruelty to gain empowerment, exploitative tendencies, defiance of authority, and destructive excitement seeking. Coldheartedness, black hearted and meanness may possibly be caused by either high boldness or high disinhibition combined with constant exposure to traumatizing conditions and an adverse environment.

I have compiled psychological research to bring a practical reality to the exploration of the Negative Ego that is tangible.

In many cases we can say that a psychopath may be possessed and in the clutches of dark spirit control, however the purpose of this exercise is to learn factually how to identify such behaviors and stop feeding them, as they feed the shadow selves and negative form.

As we go through the practical checklists to learn how to identify behaviors of egotism, narcissism and psychopathy, we can clearly see a range of unchecked ego behaviors impacting many people on the planet.

These are the three main stages of promoting, distributing and reinforcing the stages of negative ego behaviors in the AD strategy which grows from egotism all the way into psychopathy and psychotic behavior.

Obviously the more dysfunctional behaviors one sees on the checklist when evaluating behavior, would be very informative to the level of severity the person has allowed themselves to be controlled through their negative ego and shadow self.

Sometimes a reasonably coherent and balanced individual can succumb to strange behaviors and even ego outbursts that are related to their uncleared subconscious layers feeding into their individual shadow body.

In these current times, we will see this happening much more often, as individual’s with undisciplined negative ego behaviors are more impacted by the shadow selves and lower dark spirits rising onto the surface in order to be recognized and transmuted.

Seeking an authentic and direct relationship with your inner spirit and God source, and seeking the path of truth as a personal value system, is the easiest way to clear the shadow forms that are created by the negative ego behaviors.