Gaia Portal Cycles Of Illumination Elevate And Complete. By Interstellar.

Below the Gaia Portal February 24 2019 message with our free interpretation in rough English.

We want to interpret Cycles Of Illumination as a sinusoidal path that begins from the awakening and leads to a steady increase of the Vibrational Frequency, and if this path is followed with constancy and awareness allows to reach higher densities. It is sinusoidal because as a sine wave it has high and low and “repetitions” even if the amplitude of this wave increases constantly.

Maybe that’s what happens with Gaia and the Schumann Resonance. My opinion is this, Gaia is the soul of Planet Earth and the Planet is going through very important changes, it is evolving towards 5D. As for us, still in the lower 4D, these changes are causing several problems and the Schumann Resonance, for the Earth, reflects these changes that are taking place. Part of the changes are the shifting of the poles, the weather, the earthquakes, the volcanoes and so on, while others are etheric things.

Hard to say exactly what the RS reflects, probably a bit of everything and as we attempt to “decode” it with our finite minds somewhere in 4D, we can not clearly see the big picture… Gaia and the planet are a body and soul being, like us, so in a certain way even the growing awareness is probably reflected in the variations of Resonance.

Partnerships In Spirit Form On A Planetary Scale

This phrase seems to recall the last message, the end of divisions and polarities, the breaking down of the etheric or spiritual boundaries. We had said that unity should be reached spiritually first, or in awareness, at a the planetary level. Once reached on this scale, physical boundaries, walls and barriers between states will lose any value.

Gaia Portal seems to confirm this feeling, or rather, this necessity. It is necessary to maintain the center, the course, the path, and it takes a lot of effort to get out of the narrative that tries in every way to influence and keep us away from progressing.

Elements Of Light Infuse The hu-Being

To note the lowercase h, which makes us understand that we are talking about all humanity, not just the awakened. Based on the foregoing on the Cycles Of Illumination and on the Spiritual Associations, these will anchor more and more the Light that is spread at a the planetary level. Also those who refuse to connect their mind to the soul and thus progress spiritually will be influenced by this powerful change in action.

Here we are probably back to talk about the part of humanity that is approaching, or already is, the 4D. From the third to the fourth the step is not very big, while it is from the fourth to the fifth, at least in our opinion, and here, as often said, the task of all of us, who consider ourselves at various levels awakened, is to clear the way for those who have recently embarked on this path, or are close in doing so.

There are a multitude of boulders, debris and ruins that clutter the path and even if the Internet is still the preferred means for this progression towards the Light, an action on the territory is becoming more and more necessary. Perhaps times are maturing, we are approaching the moment when we will finally have to look into each other’s eyes, overcome divisions and probable conflicts, and the belief systems of the Light. The Guru age will have to end, each one of us is a Guru, we are all One Guru, this is where we will have to get… at that moment we will have really paved the way.

Finally we want to show this image, it moves but does not move … 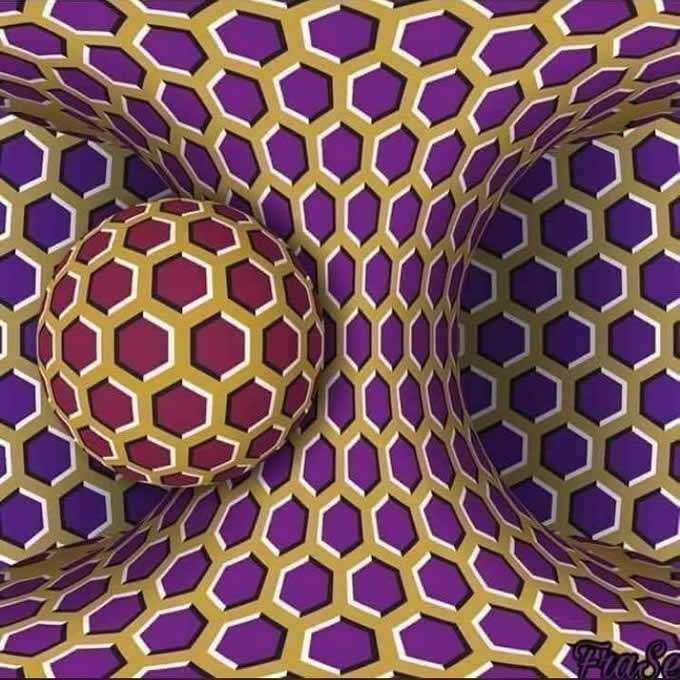 It Moves But Does Not Move