by Disclosure News | Updated on 18 May, 2022 | Energy of Consciousness Currents | 4 comments 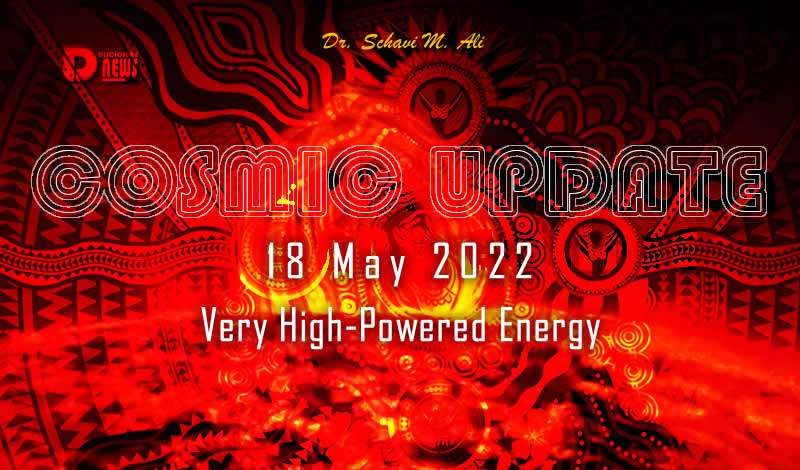 In the past 24 hours sunspot numbered “AR3014” has doubled in size and has a beta gamma magnetic field for very strong “M-Class” solar flares which could become almost “X-Class” in strength if not actually being “X-Class” upon arrival.

At 0824 Universal Time (3:24 AM Eastern Daylight Time), only a “C.2” flare occurred, but stronger flares are building as indicated.

Solar winds are chaotically moving at over 500 km/s.

“Energy Fluxes” (continual shifts up and down and back and forth of first slow then fast then slow then fast again wind streams carrying densely pressuring plasma particles all around our planet) are loudly announcing themselves as our planetary magnetosphere is affected and activated.

Large earthquakes, tornadoes, or thunder storms are a possibility today and in coming days.

The energies, frequencies, and vibrations throughout our solar system indicate that from now and for several days ahead, there will be a build-up of cosmic forces around our planet Earth/Gaia which seem to be announcing an enormous and dramatically potent event in the near “Now”.

It could be a very strong long-duration high-numbered “X-Class” flash or a blast of LIGHT beyond solar flaring directly surging from the Great Central Sun or a shaking of our planet as it receives all of the cosmic forces just mentioned. 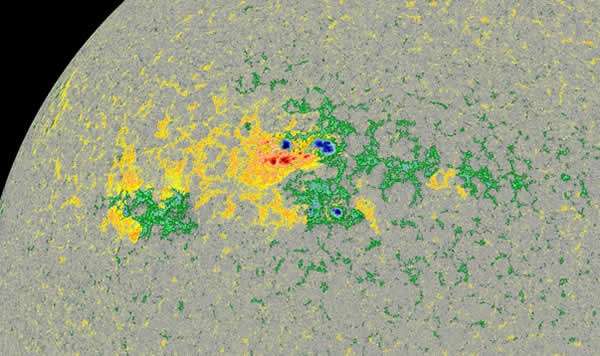 Some Spiritual Scientists refer to these major build-ups as “The Event Corridor”.

This is because a corridor is a hallway or a portal between certain “rooms” or “storage areas” which hold particular necessary important objects which will need to be retrieved at a later point.

In this case, “The Event Corridor” has a major power of its own, but it has yet to release even more power from the metaphorical “rooms” or “storage areas” within it.

We continue to be given HEAT and LIGHT from the Pleiades system and from the Photon Belt as well.

Plus, all that has been discussed previously relative to the eclipse energetics and planetary retrogrades is still a part of this cosmic build-up.

Physiological, emotional, and mental symptoms will naturally arise in greater magnification because our planet is itself being greatly magnified.

Think of the symptoms being multiplied many times.

Just to mention a few of them, a mild headache could now seem like a migraine.

A bit of fatigue will feel like total exhaustion and lethargy.

Sinus issues may seem like an actual cold. Anxiety may be more pronounced.

Heat surges with sweating can be more intense.

There may be inability to sleep at night due to feeling “wired” or “restless”.

All of this is to get humanity’s attention to slow down, self-nurture, and connect with SOURCE FREQUENCY because many still endeavor to perform “business as usual” amongst cosmic currents of energy that demand that we relax more and allow the LIGHT to bathe each newly forming DNA strand in each of our cells.

Daily activities such as work responsibilities, family obligations, and community services can be done without pushing against the energetics. 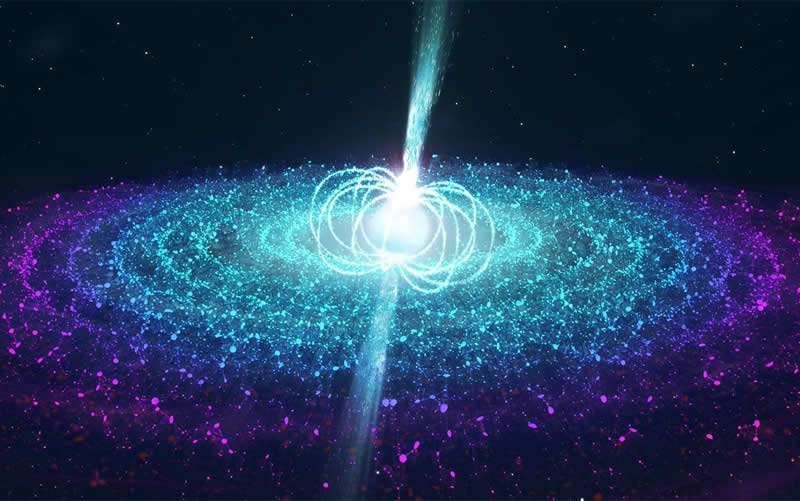 After all, with Mercury Retrograde, we need to slow down anyway (as some of us seem to constantly remind our students and friends to do).

We are being assisted by spiritual atomic frequencies (angelic vibrational currents) which many times show themselves as double and triple numbers on clocks and in other places.

Many people are awakening at these exact times in the early hours or are noticing the numbers on their vehicle clocks while driving or they notice them on the license plates of the vehicles in front of them, etc.

The numbers show themselves in many ways.

Some people attempt to interpret the numbers from a Pythagorean Numerological perspective or from Kabbalah, and indeed, these can be very helpful to us in a general sense.

I have often written articles about certain numbers as they relate to Kabbalah.

The numbers can help us to focus on various Divine principles. However, the numbers are actually calibrations that only the ethereal realm truly knows, and sometimes it is best to stop trying to intellectualize everything from a specific vantage point.

For instance, because the number “555” adds to “15” and then down to “6”, this is sometimes interpreted to indicate a need for “balance in family and community obligations” and also it has been said to be indicative of “Divine Love” and “beauty”—-all from a Pythagorean analysis.

As an old saying goes: “If the shoe fits…”

One of the reasons not to become so immersed in the specific meanings of the numbers is because as just stated, only the ethereal realm knows how they are being used for our planetary good.

The “workings” of the solar and planetary cosmic forces is a much more telling study anyway.

When we come to understand them, we can elevate to HIGHER TRUTH.

As a lesson in the EMERALD TALBLET states: “God’s Divine works are God’s Divine aspects”.

Further it states: “God is LIGHT, and all things come from LIGHT.”

Thus, with all that is occurring in the cosmos, it is all LIGHT—SOURCE LIGHT. It is increasing.

In order for Earth/Gaia to be more activated, “She” must receive more doses of LIGHT, and indeed this is happening.

Prepare to “ride the waves” with our planet. They are rising higher and higher.

The Moon has moved into Tropical Capricorn today where it will be until approximately 8:53 AM (EDT) on Friday, and Pluto is retrograde in Capricorn.

Pluto’s transformative qualities in earth element Capricorn are like a metaphor I have given before: Think of a person pulling back on a bow and arrow.

The more that he or she pulls back, when the arrow is finally flung off, it soars with powerful strength to its target.

Pluto removes what is unnecessary in order to make room for what is vital.

Many believe that it has more power when it is retrograde than when it is direct because when it does go direct, its power cannot be harnessed.

It goes straight to its target without delay. 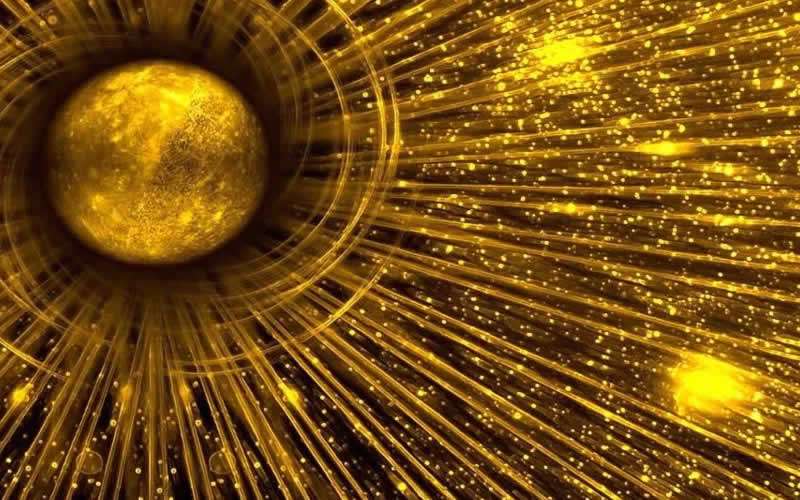 This is all the more reason to self-reflect on what we need to voluntarily release so that we can work with Pluto—not against it, and Pluto is just one of many cosmic forces that we need to work with and not against.

We do not worship the stars and planets.

We worship the SOURCE that created them.

We do not hide out in a cave in fear just because certain forces are happening.

We respect the forces because we respect GOD!

Continue to journal about your experiences.

The pages will serve as a “corridor” to the future beyond just the month of May. 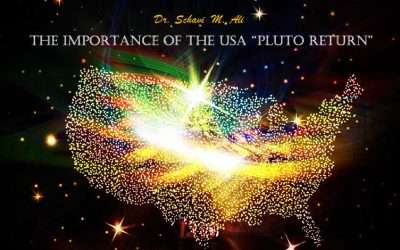 The Importance Of The USA Pluto Return – Dr Schavi

In a natal chart, whenever Pluto, the planet of dramatic changes (sometimes in traumatic ways), arrives in the sign of its original natality—particularly when it reaches the exact degree of that natality, conditions profoundly change for all time—not just in little insignificant ways but in massive transformational happenings. 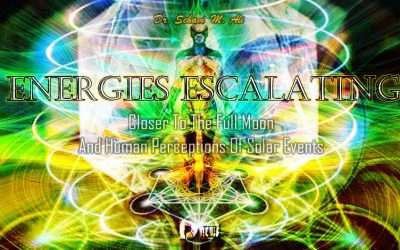 Our Sun is not just now awakening. It has been “awake” and “conscious” for many eons—with times of lower frequency output and times of greater output but always surging with high-level power. 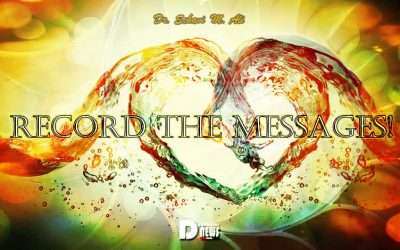 When people are diligently engaged daily in spiritual activities such as prayer and meditation, the HIGHER SELF/SOUL/SOURCE FREQUENCY opens wider “ITS” sacred doors of mysticism and delivers messages that we are able to more clearly understand. 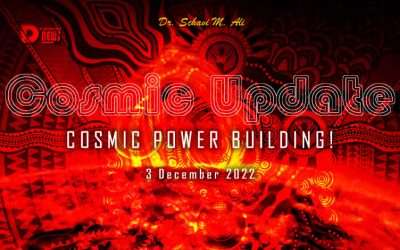 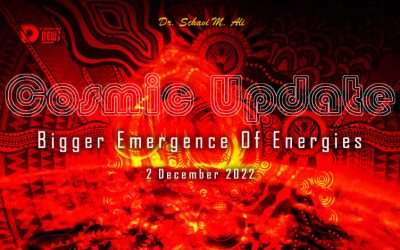 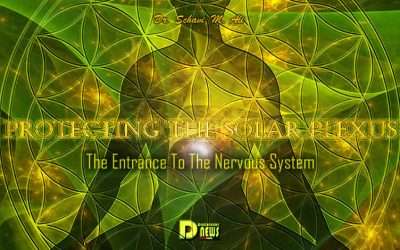 We have hundreds of chakras (“wheels of LIGHT”), and seven are the main ones: Root, Reproductive, Solar Plexus, Heart, Throat, Third Eye, and Crown. In previous teaching articles, I have given their Sanskrit names and functions relative to the various parts of the human vessel. This teaching, however, focuses only on the third chakra—the solar plexus—MANIPURA (“City of Jewels”). 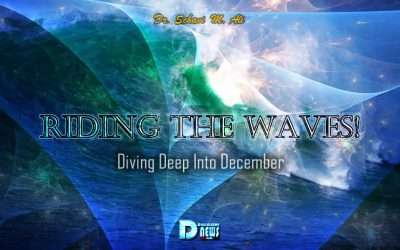 The month of December came in with a bang on Thursday, December 1st, 2022, as an “M.1-Class” solar flare and a coronal mass ejection (CME) blasted off from our Sun at 7:21 Universal Time (UT) which was 3:21 AM Eastern Standard Time (EST) with high solar winds pushing them off traveling at “537.9” km/s. 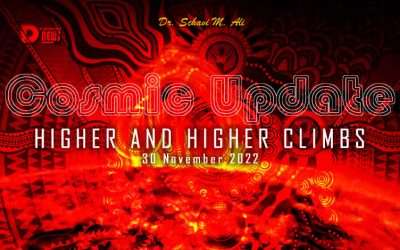 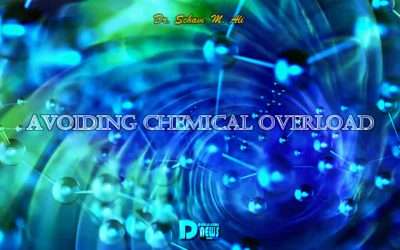