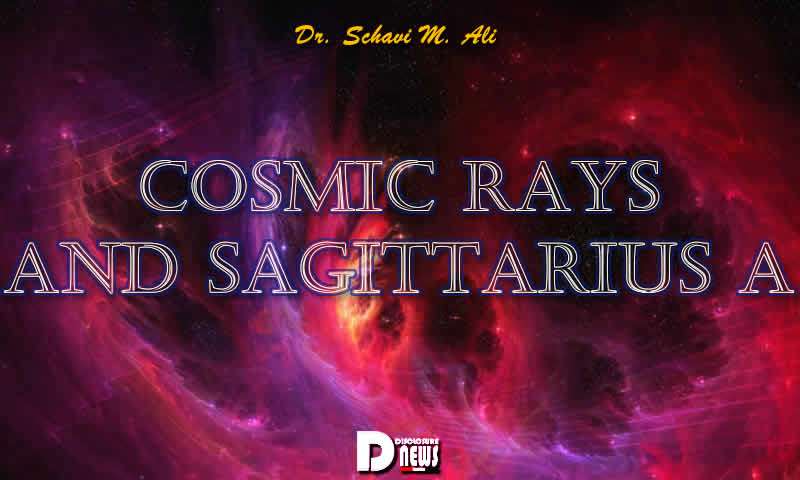 Cosmic Rays And Sagittarius A – By Dr. Schavi M. Ali

We know that “Cosmic Rays” (also known as “Cosmic Waves”—radiation) come from our Sun and also from outside of our solar system and outside of our galaxy.

In modern times, they were most avidly researched by Dr. Victor Hess who won the “Nobel Prize in Physics” in 1936.

In recent years, much research on them has been done by Monash University in Melbourne, Australia which is considered to be one of the 100 leading universities in the world.

They have discovered that most cosmic rays seem to be derived from “super-novas” or exploded stars which become black holes.

“Cosmic Rays” are comprised of protons (positively-charged electrical particles), electrons (negatively-charged electrical particles), and neutrons, which, although called “neutral” in their energies, are actually secondary particles of protons which still have an effect upon Earth/Gaia when they move into “Her” magnetosphere which is said to have reduced in its shielding by about twenty percent, thus allowing these particles to penetrate our planet more easily.

The reduction in the magnetosphere’s protection of our planet is due to various experimentations that have caused interferences in natural events inside and outside of our solar system and which have also made much of our planet’s water, soil, and air toxic.

As has been stated so many times before for emphasis, however, SOURCE is clearing and cleansing this realm and offering illumination so that better choices can be made via mankind developing a HIGHER CONSCIOUSNESS via a transformation of our DNA—particularly the information receiving aspect of our DNA—the mitochondria.

Revisiting earlier discussions on “Sagittarius A”–a black hole which sits at the center of our galaxy at approximately 28 degrees— its daily output of LIGHT is one of the ways in which clearing, cleansing, and illumination is being done. 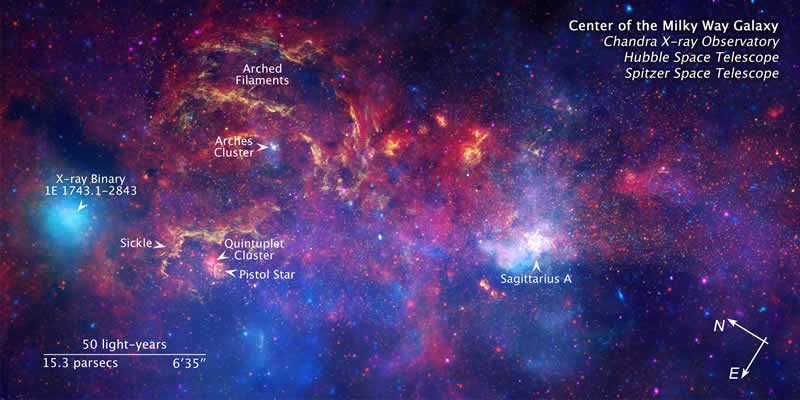 To reiterate an important metaphor, usually a black hole behaves like a vacuum cleaner that sucks-up into it anything that is near it.

For many previous years of study, scientists noted that “Sagittarius A” was blasting out x-ray particles every ten days; but in recent years, it began to surge them out at the rate of one each day.

It is as if the “consciousness” of “Sagittarius A” was reacting to the more necessary clearing, cleansing, and illumination needed in our realm, so its output was stepped-up.

It could be that “Sagittarius A” is clearing the way for LIGHT from “beyond the beyond”—the LIGHT of SOURCE—to have a clearer channel in which to deliver our HIGHER KNOWLEDGE.

After all, SOURCE often chooses to work through the very creations “IT” has made.

In fact, this is one of the teachings of Sufism, and as Hazrat Inayat Khan taught: “God works through Nature”. He also said: “Nature is the greatest Holy Book”.

While it has definitely been shown that a steady bombardment of radiation of the most dangerous type—positively-charged protons—is not good, we are being newly created to be capable of handling the high-powered cosmic rays that are zooming into our depleted magnetosphere, and the magnetosphere is being gradually repaired.

Ancient Vedic scriptures teach that the harmonious cosmic rays coming from the center of the galaxy (known as “Savitas”) carry “Divine Consciousness”.

“Sagittarus A” is at the center of our galaxy, as mentioned above, and is exuding with the knowledge and wisdom of this phenomenon of “Divine Consciousness”.

It is preparing us for a massive flash of “Sacred Sustenance” which we cannot receive in a sudden surge.

It would be overwhelming.

Thus, it is slowly giving us greater “Prana” (“Life Force”). 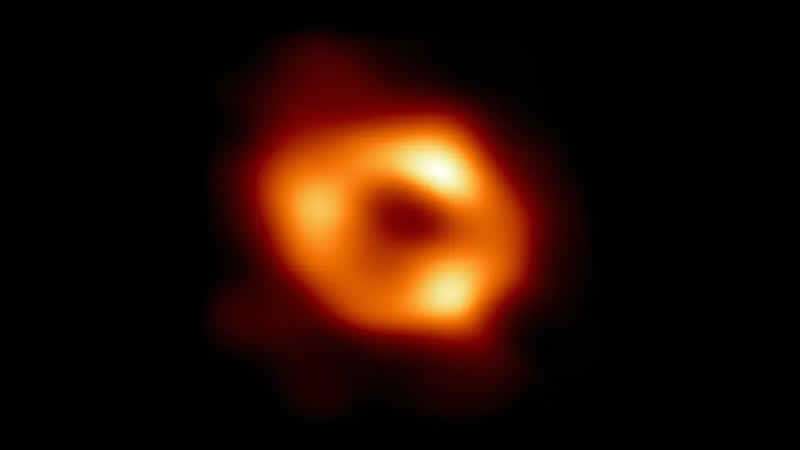 Black Hole In Sagittarius A

Like in the physical birth process, there is fertilization, gestation, and finally birth.

In the same manner, there is reception of the LIGHT, acclimation to the LIGHT, and finally “re-birth” as a “Body of LIGHT”.

However, scientists of various subject areas are attesting more and more to the fact that ancient teachings and prophecies are indeed factual.

They are witnessing amazing happenings in the cosmos with their sophisticated technology that they cannot explain, and even the average person, possessing the most advanced telescope, cannot see clearly what is occurring nor explain it.

Also, Astronauts and Cosmonauts have reported astounding occurrences as they traversed the heavens.

Of course, there are those of mainstream science who refuse to admit to the sightings of those who have ventured into space, and they give no detailed information about their reports.

In many cases, when information has come out publicly, it has been refuted.

However, information has leaked out over many decades that has proven the metaphysical aspects of the world’s scriptures.

Yes, there have been historical and cultural additions, and thus, tampering with the holy texts, but SOURCE will always allow the TRUTH to unfold in varying ways.

As LIGHT blasts from the center of our galaxy, we tend to feel excess heat because we are releasing excess energy from the protons and electrons that are bombarding us, and we are, therefore, releasing material density.

This is necessary in order to create the eventual “LIGHT body”. This high energy in the center of our galaxy is a further message of LIGHT AND SOUND TRANSMISSION AND RECEPTION.

The message is becoming increasingly stronger.

Along with solar flares and their coronal mass ejections, high solar winds which push out the flares, as well as our traveling through the “Photon Belt”, we are being given very intense studies in the “Cosmic University”. 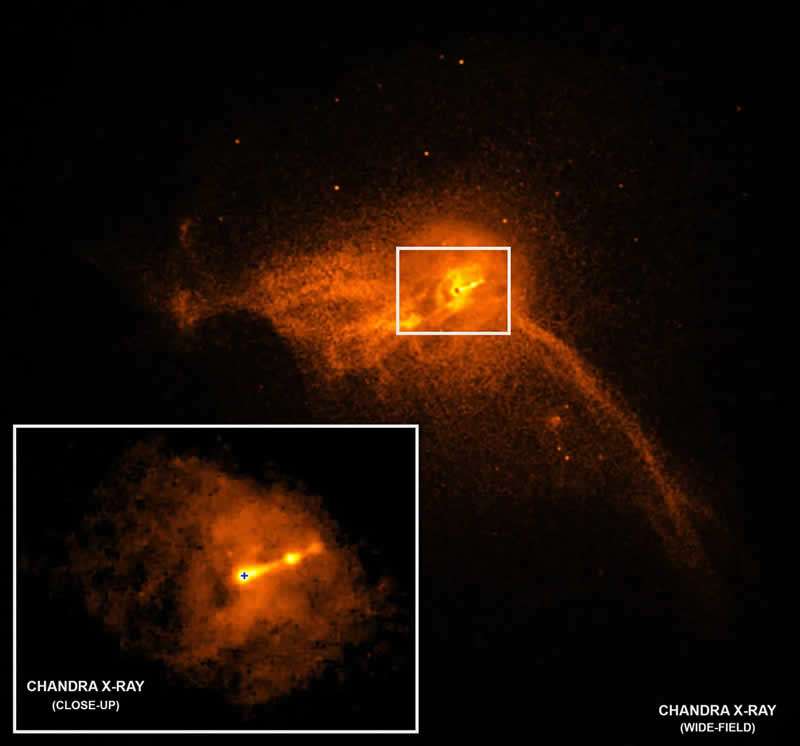 “Sagittarius A “is a powerful “GURU”, and as another reminder, this word translates as “Bringer of LIGHT from darkness”.

SOURCE is the ultimate “GURU”, and “IT” is sending “ITSELF” to us via increasing aspects of “ITSELF”—one of which is “photonic particles”—LIGHT.

All of us, regardless of our worldly degrees and awards, sit as “students” at the feet of SOURCE whose “lectures” are throughout creation.

One of the most powerful “teachings” seems to be from the “cosmic podium” of “Sagittarius A”.

“Everything in Life is comprised of ENERGY also called LIGHT” (AXIOMS OF TEHUTI).
“God is LOVE and LIGHT” (HOLY BIBLE).
“God is closer than your jugular vein” (HOLY QU’RAN).