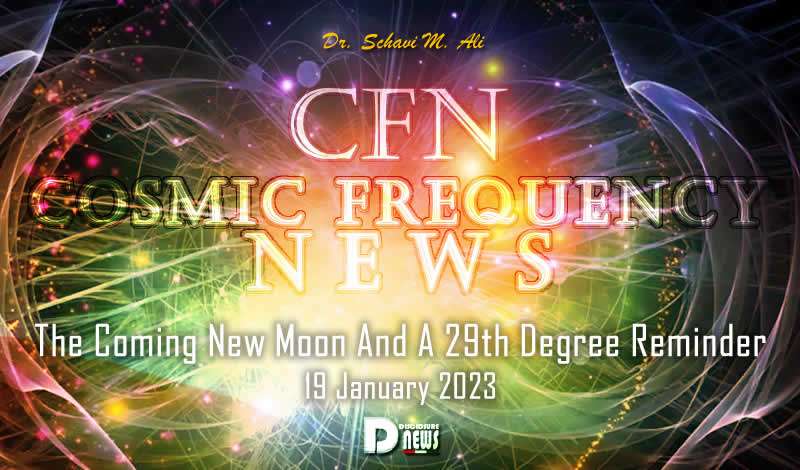 The Coming New Moon And A 29th Degree Reminder

It is referred to as “Super” because it will be closer to our planet Earth/Gaia than typical New or Full Moons and will seem larger.

It’s entry into Aquarius opens the portal for Pluto’s entrance into that sign on March 23rd for a brief stay (until June 11th) before it moves back into Tropical Capricorn where it will retrograde back and forth between its 28th and 29th degree with the 29th degree being its “anaretic” or critical, karmic placement where situations reach a height of chaos.

The “anaretic” degree actually kicks-off on February 11th and remains at this point until March 23rd when, as just mentioned, it will give an ” introduction” to Pluto in Aquarius because Pluto will not station permanently in Aquarius until January 21st of 2024 where it will be until the year 2044.

The “old guard” will endeavor to keep “business as usual” by fear tactics, attempts at manipulation and control, and by setting- up other oppressive and suppressive conditions to “program” the collective.

However, truths will surface regarding world leaders, the economy, medical misinformation, vile scientific experimentation, bio-weaponry, tampering with Nature, and numerous other disharmonies.

It will be best to remain calm and to store-up on food, water, health supplements, spiritual tools, and other necessary items in case “sheltering in place” becomes a reality.

The cosmos is again today busy with “M-Class” solar flares (two since earlier this morning), above-normal solar winds, a magnetosphere engulfed in particle plasma; however, neutron counts are below normal levels.

When this occurs, the neutrons, which are normally of a zero charge, act like positively-charged protons.

Thus, ionizing (penetrating) radiation zooms into our realm, and this along with the “SOURCE LIGHT ACTIVATIONS” can be challenging.

The upcoming weekend is one for extra rest and spiritual focus as well as nurturing oneself with good organic meals, plenty of water, and Epsom Salt baths or showers with essential oils.

Get used to nurturing yourself so that Pluto’s anaretc 29th degree journey will be easier to handle.