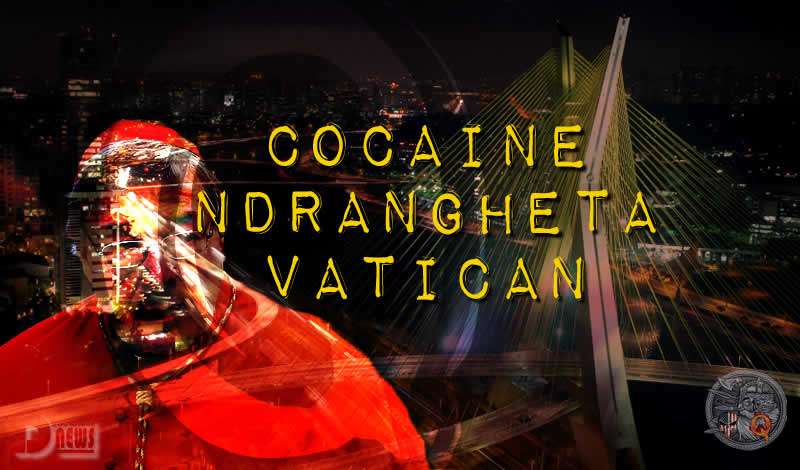 The arrest of the world’s largest, most wanted cocaine traffickers hiding in Brazil.

“After five years on the run, one of Italy’s top cocaine dealers has been arrested in São Paulo along with his son. Nicola Assisi, 61, a member of the Calabrian organised crime group ’Ndrangheta was arrested on Monday by Brazilian federal police…“

One of Italy’s top drug dealers arrested in Brazil after five years on the run. Nicola Assisi, member of the organized crime group ’Ndrangheta was arrested with his son and await extradition to Italy.

Also from that article: “A search of his properties uncovered two guns, 1 kg of cocaine and millions of euros in cash. Authorities have not being able yet to count the money, but said that the stack of bills weighed over 20 kg.“

They had the equivalent of up to $10 million US dollars in cash on them… on the run for 5 years! 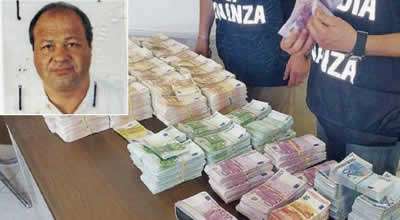 “A study by the Demoskopika research institute in 2013 claimed the ’Ndrangheta made more money than Deutsche Bank and McDonald’s put together, with a turnover of €53bn.“

Look at the activities wiki has listed for them. The territory they cover INCLUDES the United States.

They’re 6,000 members strong, coordinating every criminal enterprise you can think of. Every single one of these criminal activities are things QAnon is looking to expose.

There’s a connection waiting to be revealed…

“Cardinal George Pell and his supporters were relieved that his appeal of his child sexual assault conviction was live-streamed on Wednesday. The intense seven-hour courtroom argument was the first time the public has heard first-hand the flimsiness of the evidence against him. Three judges of the Victorian Appeals Court are reviewing the jury’s verdict in which Cardinal Pell was convicted of sexually assaulting two choir boys after Sunday Mass…“ 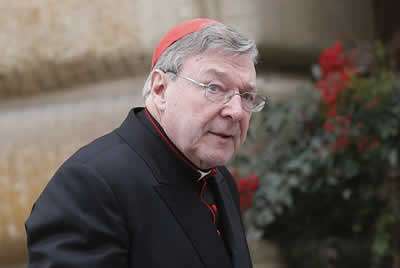 “I shared with my interlocutor my suspicion that Pell was set up to take him off the Vatican Bank case… That’s interesting. You may not know it, but the ‘Ndrangheta is quite well established in Australia, especially in Victoria. That’s where the cardinal was charged.”

“The ‘Ndrangheta is the Calabrian mafia, and yes, they are well established in Australia.

They control organized crime on Australia’s East Coast, and are said to have infiltrated every part of the Australian establishment.“

That’s all from this site.

Cardinal Pell & The Mafia
Pell’s reform efforts at the Vatican Bank threatened the ‘Ndrangheta, which controls organized crime in Australia.

Do you understand what all this means? First…  members of Ndrangheta have been arrested.

They are key players in the world trafficking/smuggling/money laundering/murder and kidnapping for hire.

And… they have a controlling stake in Australia’s Deep State establishment.

So, where did we recently hear that the cabal is fleeing to and preparing for their eventual escape? Australia.

How does the Vatican tie into this? Apparently the pope’s very own right hand man, cardinal Pell, had started an investigation to overthrow the Ndrangheta.

More from the American Conservative:

““He has named his G8 [council of cardinals] to overhaul the entire structure of the Vatican, including a review of the Vatican’s economic affairs and in particular, the IOR,” Gratteri says.

“For those with real economic power it is obvious this could be a huge disadvantage given that in the past we’ve had collusion at the highest level between church and Mafia, this exposes the pope.

Months after this report, Cardinal George Pell was named by Francis to reform the IOR. In 2014, Pell said his team found nearly two billion euros hidden away in various Vatican accounts, off the balance sheets…. In April 2016, without consulting Pell, the Vatican Secretary of State suspends an external audit of Vatican finances.

The National Catholic Register quotes a source as saying that officials are afraid of what the audit will find, and want to get rid of Pell.

A year later, Pell was charged in Melbourne with sexual abuse.

And that was the end of the Pell threat to the Vatican Bank insiders.” 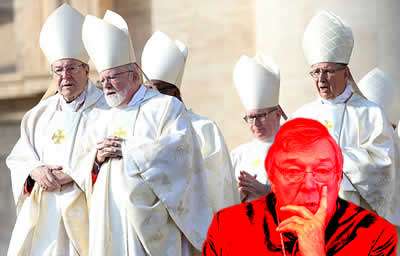 Do you see this? Is this suggesting that the charges brought against Pell were purposeful to put an end to the investigation into the mafia by defaming Pell’s reputation?

And, by letting go of the mafia, the Australian banks were safe in their criminal activities?

“George Pell was the No. 1 enemy of the ‘Ndrangheta in the Vatican… he meant business. Now George Pell sits in solitary confinement in a prison cell in Melbourne, convicted on pathetically shabby charges. The old guard in the Vatican won.“

OLD GUARD! Do you this connection?

“ …Ndrangheta to become a leading player in the global cocaine trade… 80% of the cocaine entering Europe today is brought in by Calabrian mobsters. “The Ndrangheta,” … “represents the globalization of Italian organised crime.“

We have an arrest of two key players who’ve been hiding for 5 years. Members of the largest organized crime mafia in the world.

An organization whose net profits are higher than McDonald’s every year and who has established one of the largest trafficking rings in the world.

They have infiltrated the Vatican and Australia’s banking system.

They’re providing massive support to the “Old Guard”. And, now they’ve been exposed!

There are more arrests being reported this weekend but THIS is the one I told you was taking place.

Trump and the White Hats have brought hope to the world that if we stand together, we can defeat these criminals!