The Western world remains paralyzed by an elite civil war while China keeps getting stronger and stronger and is heading towards absolute dominance.

Unless this civil war is ended, the Western G6 alliance (G7 minus Japan) will lose the ability to control the United Nations and the direction humanity chooses for its future.

The civil war was on full display at last week as U.S. President Donald Trump “didn’t fare too well at the NATO meetings in London and left abruptly after the Canadian premier was overheard being disrespectful to him,” according to European royal family sources.

The “school playground type of tricks” masked the fact that the real topic of the summit was “the funding of the U.S. corporate government.”

The source also said, “Trump has been a disappointment, I think. His job was to wind down and reboot.”

Trump has been recently given a couple of reminders that he is dealing with bigger issues than keeping a U.S. stock market bubble inflated long enough for him to be re-elected in 2020.

One was a shutdown of Washington, D.C. air defenses that left him totally vulnerable to a missile or air attack.

The other was when he was hit with a psychotronic weapon on November 21st. 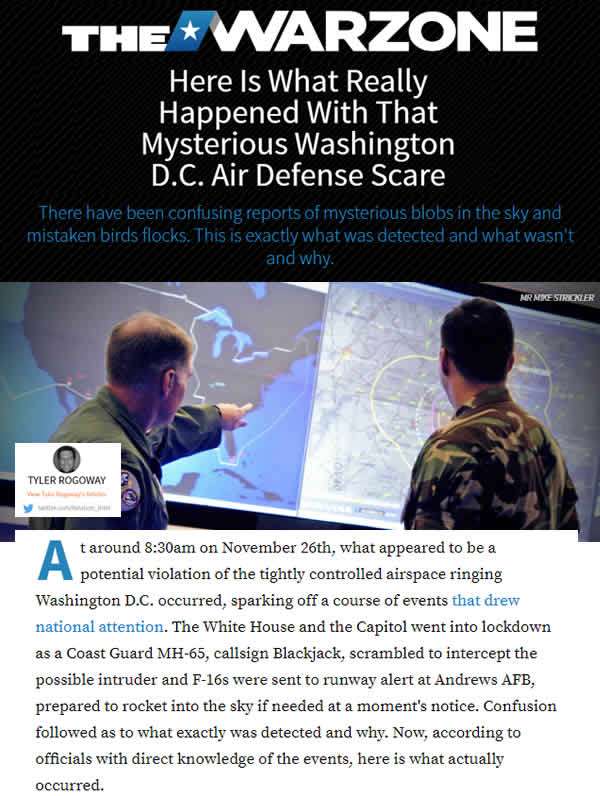 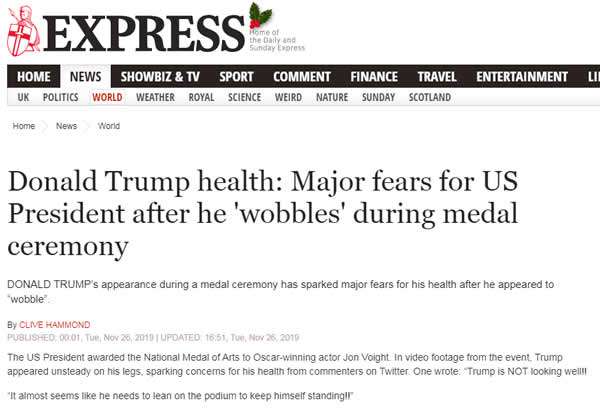 The Gnostic Illuminati military and intelligence types behind Trump, for their part, have been lashing out strongly against the British royals, especially after the failed NATO summit.

Pentagon sources say, “The royal family saga is far from over, as Trump denies knowing and even Canada’s military struggles with Prince Andrew’s three Colonels-in-Chief titles.”

Then there was the undeniable satanic hand sign made by Prince Harry when he met Melania Trump on December 6th.

‼️You cannot deny what you are looking at.

The One World Order ppl are ill.
They are evil. The rumors are true. Judge for yourself!
pic.twitter.com/jZy9U9omGP

Sources close to Harry say that the sign means supporting Lucifer , as defined by the Gnostic Illuminati. According to their world view, the present “God” is the evil cause of all suffering in this world and must be replaced by Lucifer, a symbol of the light and the good.

It was also a blow to the “divine right of domination” that places Prince Charles and Harry’s older brother William in front of him in the line of royal succession”, the sources say.

Harry is also angry with evidence that Charles is behind the murder of his mother, Princess Diana. See the link below for details. alcuinbramerton.blogspot.com

Pentagon sources add, “The Zionists are on the verge of a rude awakening, given that the EU is now led by former German defense minister Ursula von der Leyen, who does not support British royals, Saudi Arabia or Israel.“

The unprecedented strikes that are bringing France to a standstill are also a sign that the Illuminati are targeting Rothschild slave president Emmanuel Macron. As you will see below, the Swiss branch of the Rothschild family is severely attacked.

In the US, more and more Democratic Party politicians are being replaced by computer graphics, while arrests and renditions to Guantánamo Bay are continuing, sources in the Pentagon said.

“With more than 140,000 sealed indictments, the Inspector General of the Ministry of Justice has published his long-awaited report to crush the impeachment circus,” sources said.

While we’ve heard the story of the “140,000 charges” many times and have not yet seen mass arrests, the Department of Justice has indicted eight people, including a convicted pedophile, for illegally putting money into Hillary Clinton’s presidential campaign in 2016.

Attempts to discredit Trump by publishing evidence that he was funded by Deutsche Bank were also halted. The British press reports that a banker of Deutsche Bank, who managed the accounts of Trump, was found hunged.

In the meantime, US media companies reported that “the Supreme Court Justice Ruth Bader Ginsburg has temporarily blocked a lower court decision ordering two banks to submit the financial records of President Donald Trump to the House Democrats”.

Since we are fairly confident that Ginsburg is no longer with us, we can only suppose that the intelligence agencies’ sources are using a computer-generated image to protect Trump .

All these clashes are taking place while, according to European royal families, the US Corporate Government has not yet found a way to finance its operations after January 31, 2020.

However, negotiations are currently taking place between representatives of the British Commonwealth (2.4 billion members) and the Catholic Church (1.5 billion members) to decide what should replace the US corporate government, according to P2 Freemasons and European royals involved in the negotiations.

The negotiations are being halted by some medieval-minded people at P2 Lodge, who are still thinking in terms of a battle against Islam.

The only really significant difference between Islam and Christianity, as far as we can tell, is the question of polygamy.

Anthropological data shows that almost every known society has practiced polygamy in the past. In addition, the number of homosexual men is usually equal to the number of men who can not find a wife because of polygamy.

This comes from the actual creation and thus the creator. In addition, Western Christian countries that ban polygamy have fewer and fewer population groups, while polygamous societies have more and more population groups.

In any case, while such issues delay a final deal, a broad consensus has already been reached on setting up a world planning agency with an annual budget of at least $ 1 trillion, sources said.

There is also agreement that the agency will finance human expansion into the universe.

To this end, sources from the Pentagon confirm that “the US Air Force, with Boeing at the ropes, is preparing to declassify the Secret Space Program to shake up the Military Industrial Complex and generate support for a space force.” This means that finally, at least, Area 51 will reveal some of its secrets.

Meanwhile, our CIA source in Southeast Asia reports that the legendary gold treasures buried there are finally being relocated as part of a reboot of the world financial system.

The evidence comes from an “explosion” at the Monas Monument in Indonesia, which is believed to be on to be on top of one of the largest gold deposits, the source said.

Here is his report:

A senior Indonesian military source tells me: ‘The smoke bomb detonated by members of the Indonesian army at Monas Memorial at 7:00 am on Tuesday morning was used as a distraction. The tunnel is now ready for use.’ It looks like they’re moving the gold.”

The incident below shows what the group does when it wants to turn one of its acts into a scapegoat. Take note of who appears in the picture. More distraction from the real culprits, who are puppets of the Zionist cabal. asiatimes.com   indiatoday.in

I asked my contact, who is a member of parliament in Jakarta, about this incident. His answer was: “This kind of import to Indonesia takes place daily. The CEO of Garuda had bad luck and negative timing on his side. Unbeknownst to him, he was selected as an example of how efficiently ministers are tackling corruption. They held a big press conference for the people, to show off, smile for the cameras and get their names in the media.

I know that some ministers in Jakarta have imported luxury sports cars from Ferrari and Lamborghini to Indonesia without paying the import duty of up to 200%, and they are assisted by senior customs officials, who get a nice commission to look the other way.

The Glencore investigation is about someone looking for the jugular of the Zionist cabal. It looks like the 13 families are fighting each other. As you know, Glencore was founded by Marc Rich. This is the tip of the financial pyramid of the Khazarian Zionist cabal.

And from the article above, guess who came back into the limelight from the Gulf of Mexico oil spill: one of the cabal puppets.

“In response to the US Department of Justice investigation with which the company also claims it is cooperating, Glencore has set up a committee to respond to a US investigation involving BP chairman and former CEO Tony Hayward.”

As a reminder, Glencore is the Rothschild company based in Zug, Switzerland.

For decades it has paid officials of the Iranian and Israeli government while manipulating the world’s oil markets with their scam that “Iran must be bombed because they will get a nuclear weapon within a few months“.

If Glencore is taken out, you can be sure that the BIS will not be far behind.

The cornered Zionists are now spreading rumors about a sort of nuclear accident on December 21st, the winter solstice day.

They were warned that the Gnostic Illuminati still have three 500-megaton nuclear bombs to retaliate for any further Zionist massacre.

To conclude this week’s report, we can say that a secret meeting is scheduled for Friday, December 13th.

The goal is to find the best way to end the Western Civil War and start world peace.