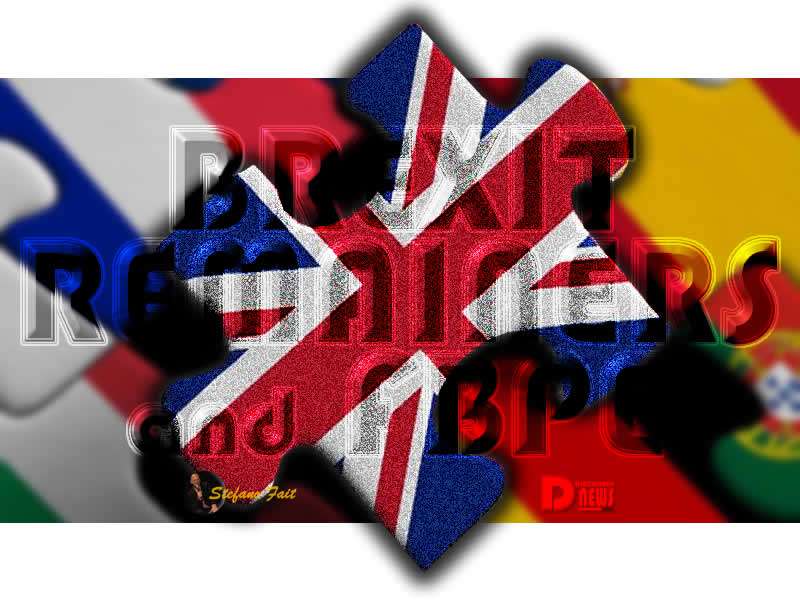 FBPE and The New Class Hatred

All of the insults used by the #FBPE (Follow Back, Pro-EU) set against Leavers have one thing in common – they deprive the Leave supporter of his or her basic humanity. They are all dehumanising insults.

I believe that for the first time in many years, a substantial section of our society has become possessed by a supremacist ideology.

The Remain Übermensch is utterly convinced of his or her inherent intellectual, educational, moral, philosophical, social and even aesthetical superiority…

When did this group of self-proclaimed progressives not only stop caring about the interests of the British poor, but come to actively hate them? It seems that the answer is at the point when they dared to vote for Brexit.

Leaving the EU is a big political, legal, economic, constitutional, geopolitical, financial, trade and commercial decision. It is the type of decision traditionally taken by political, legal and business elites – the people who sit in the first-class compartment on the train of our national life.

In June 2016, the train was de-classified and millions of ‘gammon’ plebs invaded the quiet, middle-class comfort of the elites. They have still not recovered from it. It has driven them half mad with fury. They are overwhelmed by spite and malice. Their response has been brutal and swift, and we haven’t seen the last of it yet.

I’m not interested in delving into the intricacies of British procedural motions. Finding our way through the maze of disinformation put out by both the globalists and the national-populists is already difficult enough, a veritable uphill battle.

I’m more interested in what transpires from the debate and information war around the Brexit and what that tells us about major social trends and future geopolitical scenarios.

Whether a general election happens before or after the end of October matters because the longer the delay, the more the Tory party’s position will become indistinguishable from the position held by Nigel Farage’s Brexit Party, in stark contrast to parties that are by now explicitly opposed to Leave.

Clarity and transparency where before there was none. This will makes for a virulent electoral campaign.

Amelia Cantor has this to say about the article excerpted above (FBPE and the new class hatred): “No. Brexit has unleashed a nasty strain of racism, xenophobia and incipient fascism. In response, intelligent, educated, ethical people are fighting for true democracy and true British values. That’s not snobbery: it’s basic human decency.“

It’s a perfect summary of the Remainers’ worldview. 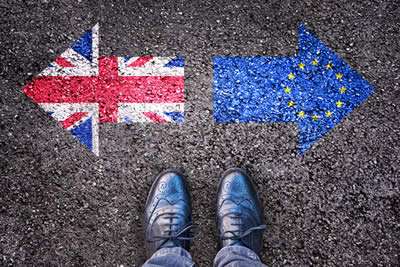 I find it extravagant that Remainers have pictured themselves as a righteous insurgency and call “rebels” those Tory MPs who have betrayed their electoral mandate. Rebels are against the élite. They are not pro-establishment militants.

“Remain” has been backed on mainstream press by the likes of Rotschild, Soros, Deutsche Bank and other City bankers and voted massively by the well-off.

It seems to me that this “revolt” is simply the elite furiously protesting against the people not voting in the way they prescribed.

This also explains why such a large number of remainers and anti-populist/sovereignist voters, in Britain as in Italy, have become so intolerant and sometimes irrational: for one of the first times they are not getting their way and they don’t know how to lose.

They are not prepared to lose and they react by labelling “fascist” and “racist” anybody who advocates Brexit.

In fact, the Brexit stance is about mature self-rule and self-determination, about keeping/retaining control, on law- and policy-making as well as on the evolutionary path of one’s society and culture.

It’s not about racism (Tolerance of Inter-Ethnic Relationships in Europe, Medium, 27 July 2019; Britons most positive in Europe on benefits of immigration, Guardian, 2 May 2019).

Stats suggest that the British are substantially less racist than almost all the immigrants that are expected to be the target of their xenophobic feelings.

They have a more positive attitude towards the benefits of immigration than anyone else in Europe.

Only 37% of Britons assess as negative the impact of immigration, compared to 49% of the Swedes.
Only ten percent of residents in England claim that you have to be white to be English. It was 20% seven years ago.

So, contrary to the Remainers’ narrative, the closer Britain gets to exiting the European Union, the more cosmopolitan and open-minded its inhabitants become, as they shift further from ethnically exclusive English nationalism.

So one might conclude that it’s not about rescuing a neoliberal trading bloc, it’s about protecting one’s privileges and lifestyle and guarding the moral and social high ground, to such an extent that they become convinced that opposing points of view are extremist because their opinion is the only acceptable and decent.

In so doing, Remainers have turned themselves into the extremists they are willing to fight by all means necessary. Unfortunately they don’t seem to have any mirrors in the house.

Furthermore, they hold a kind of “The end of the world is nigh” perspective, fraught with the most terrifying predictions about the post-Brexit period, even though they have repeatedly proven wrong regarding Trumponomics, the impact of the Brexit vote, negotiations with North Korea, the strength of Assad, ISIS, China, etc.

If the United Kingdom leaves the European Union without a trade agreement, the EU will treat the UK in much the same way it treats the United States, whereas the UK will be able to sign trade agreements with other nations that are now forbidden by EU regulations. 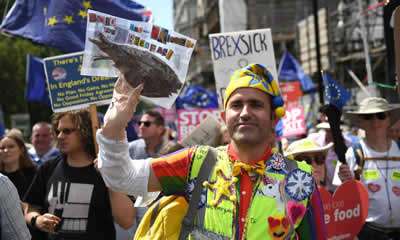 The value of the British pound and the markets will recover once this confusing phase – in which a majority of the Parliament is putting their own government in a weaker negotiating position –, is behind them, a sovereign infrastructure is rebuilt and a new trading regulation regime is in place, with favourable bi-lateral trade deals on their way, as the United Kingdom is finally unhindered by the EU customs union and free to negotiate without external constraints.

It won’t be the end of the world. It will be the beginning of something new. A new challenge.

By contrast, Brexiters are optimistic, proud and assertive. They don’t think that their national identity, history and traditions are something to be embarrassed about and they do not hate Europe.

They only worry about a European superstate that its becoming more technocratic, unaccountable and overbearing, and less transparent, as members states cede their sovereignty and legal supremacy, in exchange for economic stagnation, austerity, punitive measures, blackmailing, threats, invectives, woke metropolitan identity politics, draconian climate measures, and the inexorable shift of decision-making power from legislatures to courts, from elected officials to legal experts.

A burgeoning superstate that plans to build its own army!

They are far from alone in Europe in fearing such a development (Less than half of Italians would vote to stay in the EU: survey, 7 October 2018). Who would wish for such a vast, centralised power delivered one day to a tiny sociopathic clique?

Here is my forecast.

Given his personality and resourcefulness, opposition to Boris Johnson will strengthen his resolve. He is bound to become the British Trump.

Brexit will happen regardless, with or without a deal.

Most Britons will come to accept that the democratic mandate has always been there, as it was built through: Parliament voting for the 2016 referendum, for the EU Notification Act, for the EU Withdrawal Act and, three times, against the Deal.

This is because, as other countries will see that the EU is no longer capable of forcing its member states into line, confidence in its stability and future will drop faster and faster.