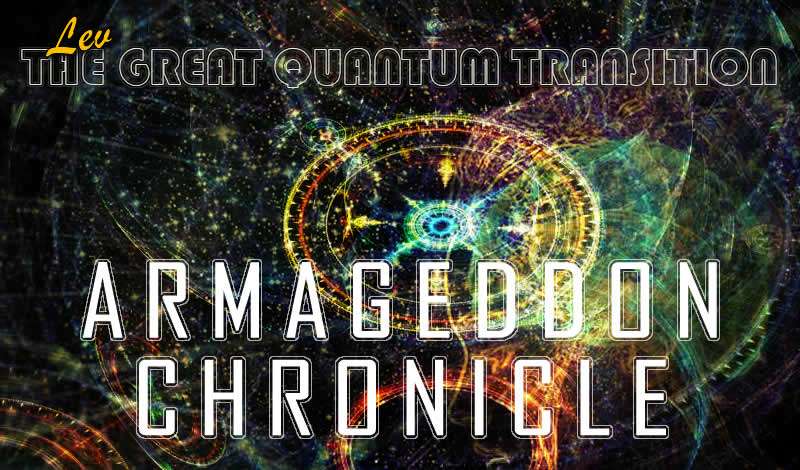 The latest tactical situation synopsis of the Local Universe’s battle is as follows.

As of April 21, 2021, the Black Archons continue their massive attacks on the Pleroma to capture it and transform it into their Dark stronghold.

The main striking force is the former Hierarchs and inhabitants of the Black eons that ceased to exist after their transition under the run of Melchizedek. 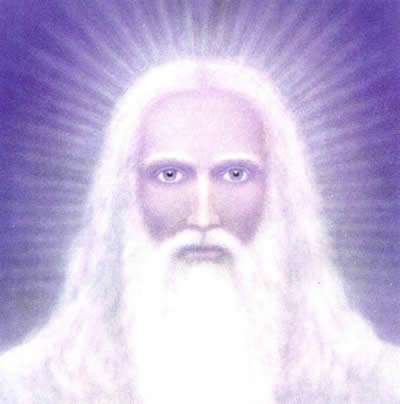 Approximately three-quarters of their inhabitants were given shelter in the 12 Gray eons. About 25% settled on the astral and etheric planes of the Earth which also still belongs to this cosmic enclave.

Their situation has become much more complicated after their former creator and ruler Yaltabaoth defected to the Light Side and now takes his place in its Hierarchy under a new name – Yaltabael.

Having lost their master, the Gray eons found themselves face to face with the Pleroma’s Co-Creators, Higher Light Hierarchy, Karma Lords who began to actively purge these eons from Dark Forces.

They were given a choice: either they go to the Light Side, or they are annihilated.

For those now execute the assault on Pleroma, both alternatives are absolutely unacceptable. That is why their attacks are so fierce.

According to the Archons’ plan, initially, the offensive was also planned in the second direction.

This is our planet Earth.

Black Archons, Dracos, part of the Reptilians, and other negative space races who settled here in the distant past and present time, are now trapped.

Galactic Committee which heads a coalition of over 1,000 races of Light, has locked up all Dark Forces on Earth and in the Solar System. They were given the same ultimatum as their races in the Gray eons.

The goal of the attack from outer space on Earth is to create a corridor through which the Black Archons and their pack could leave our planet from their bases underground, on the surface, etheric and astral planes.

It was supposed to counter the space blockade from below, provoking a global war from the territory of Syria, Iraq, Yemen, Iran, Ukraine, Chad, the Central African Republic, Mali, Ethiopia, Libya, Burma, and other countries. 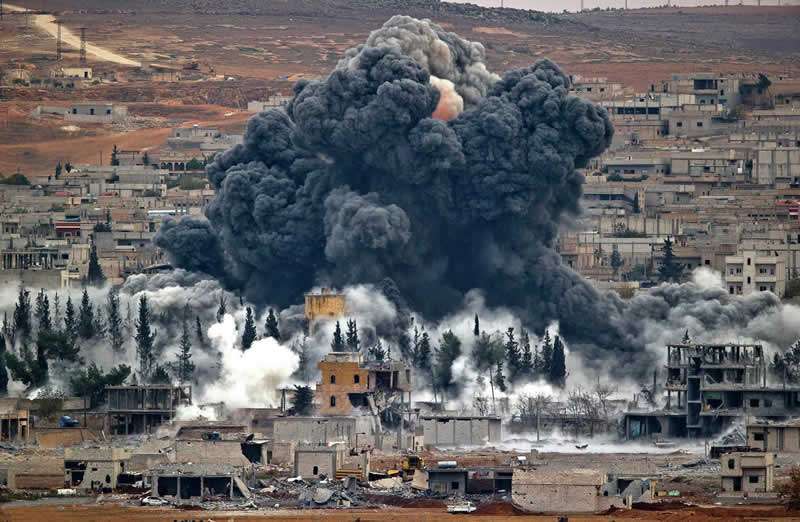 At first, Dark Forces were on a roll. The Pleroma’s Hierarchy knew about their plans and did not prevent the Black Archons deployment.

The plan was to lure them into a trap and give them the last choice: either complete transformation or complete annihilation.

There was a miscalculation in the assessment of the enemy’s forces. They were, unfortunately, such that created chaos in the Local Universe which put it on the verge of destruction.

After withstanding the initial fierce and massive onslaught of the Black Archons, the Galactic Committee began to launch powerful counter-attacks on them with millions of their spaceships.

On the Subtle Plane, Pleroma is reliably covered by several quantum shields. The same shield – the Diamond Crown of the Source Substance – is activated around the Earth in addition to the other protective spheres. 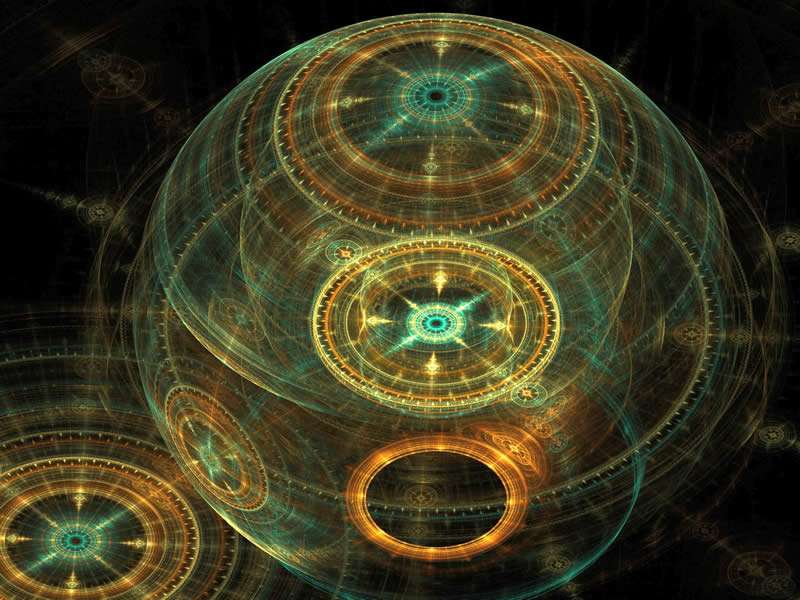 ​Attempts to break through them from the surface and space completely failed. As well as plans for new hot world war on the planet.

The Earth’s part of Dark Forces was panicking now, not knowing what to do next, or going deeper into the shadows in the hope to sit tight and wait it out.

This is the main background of many current news streams now. 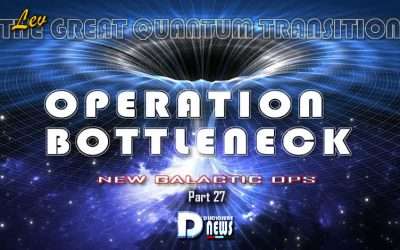 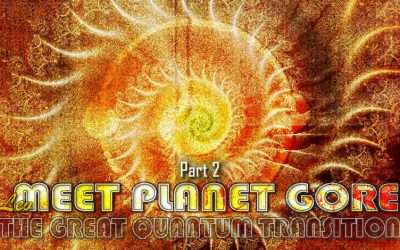 The described reality refers to the physical plane of the planet Gore (or Antichthon, Vulcan, Gloria) as part of a combined 4D/5D/6D eon. Like the other planets, its Subtle Plane is inhabited by Light beings from 5D to 10D. At this level, it is an exceptionally Spiritual planet that has played and continues to play an important role in the fate of the Earth and earthlings, as one of the curators of the Solar System. 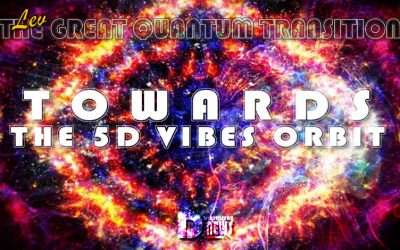 Towards The 5D Vibes Orbit – Lev

Space through which the Argorians’ fleet is now transporting Earth to a new vibrational orbit 5D is between the two inner spheres of our Galaxy – the middle (2nd) and the nearer to the center (3rd). The first sphere forms the outer contour of the Milky Way, and Earth left it eons ago. 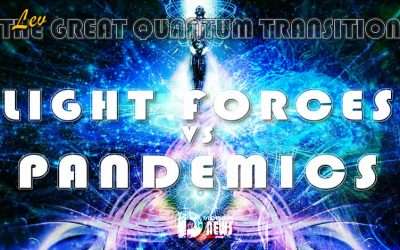 On the Subtle and physical plane, Light Forces continue to closely monitor the pandemic dynamics. In January 2020, it looked like a petty hooligan and thief who steals change from passersby’s pockets. Or a small, barking, not much biting dog. Now it is a monster, a Rottweiler trained on people, a homicidal maniac. 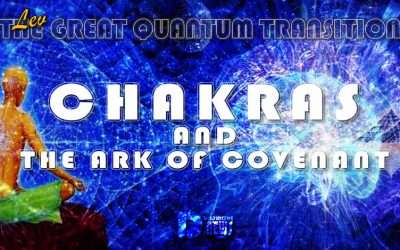 Chakras And The Ark Of Covenant – Lev

The five-dimensional chakras are only part of the complex, multi-level energy system that is our true cosmic essence. Working with the chakras and their activation helps us to move not only into the fifth but also into all subsequent dimensions, up to the tenth. It is a new level of consciousness, a complete purification of our thoughts and emotions, a change of habitual behavior to service to others, benevolent and merciful for the greater good. Each group of activated chakras is an important step in our development, revealing in us new properties, abilities, and capabilities. Which ones? 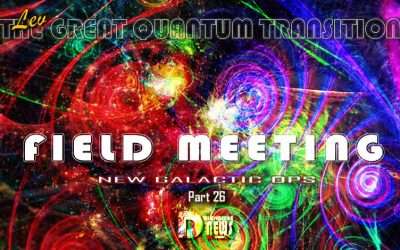 On the afternoon of June 30, 2021, in many LFs’ ground teams, the Lightwarriors’ Subtle Bodies began to glow with streams of powerful quantum waves. Some were even on fire… So began another Galactic Committee operation to destroy the 3D Matrix, filtering out the Dark Forces who are trying to break the blockade around Earth and leave the planet, taking everything they can with them. 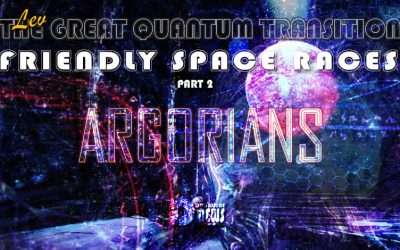 25D Argorians not only stood at the origins of life and civilization on our planet. Now they are the main curators of the Great Quantum Transition of the Earth and earthlings into the new, fifth dimension. 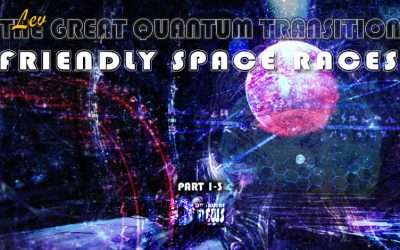 “We are aware of the questions earthlings have all the time. They want to know the intended process, the Plan of the Co-Creators’ Project. We understand them. But it is not provided because it is a process, and knowing or assuming the process in the course of it harms its implementation. ..” 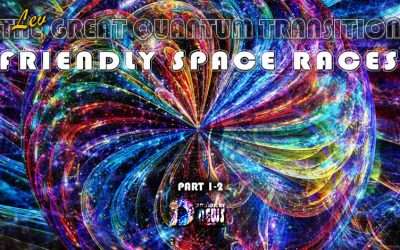 The main rule of the Greater Cosmos is continuous cognition and development. This is how we, a part of the Source, help It to know Itself and through It – ourselves. Monitoring and interaction described in the previous Part is taking place in all seven Super Universes, in all Galaxies and Constellations.