Archcriminal Netanyahu Seeks Immunity By Squealing On His Bosses

Mass-murdering war criminal and Satan-worshiping Israeli Prime Minister Benjamin Netanyahu is trying to reach a plea deal to save his own life by squealing on his Rothschild masters, Mossad sources say.

The impending fall of Netanyahu means the final collapse of the Khazarian mafia is now in sight and it will not be long before the French and Swiss branches of the Rothschild family and their hidden allies are brought to justice.

The fall of Netanyahu is just part of the ongoing collapse of Khazarian mob rule which will remove a whole series of Western leaders, including Emmanuel Macron in France and Mohammed bin Salman in Saudi Arabia, as we shall see below.

First let us look more closely at Netanyahu’s case. On this front, the Israeli police have recommended filing criminal charges against Netanyahu for three separate issues, the latest coming last week as part of a media corruption scandal. 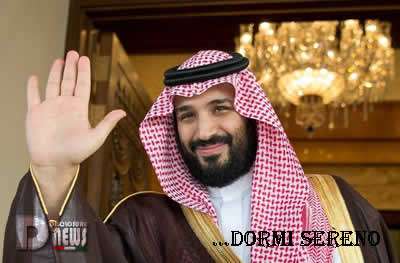 Until now Netanyahu has been able to use his position as Prime Minister to prevent his own prosecution. However, now that he has lost his Parliamentary majority, his ability to prevent his own arrest is coming to an end, say Mossad sources.

Netanyahu’s downfall was precipitated by his quickly defeated offensive against the Gaza Strip, Pentagon sources say. This offensive was aimed at distracting public attention from the murder of Washington Post columnist Jamal Khashoggi, the sources say.

Instead however, it backfired as the UN, Russia, Jordan, France, the UK, Egypt, and the U.S. all united against his rogue activities. This will be “the final nail in Netanyahu’s coffin,” the sources say.

This means he will “effectively be the military governor who may de-nuke Israel and partition Saudi Arabia while allying with Turkey, Iraq, and Iran,” the sources say.

The aim is to end the blasphemous plan of the Khazarian Mafia is to rule the world from a greater Israel which would extend from the Euphratis to the Nile the sources say.

Before offering to tell on his Rothschild masters, Netanyahu made a desperate move to get US President Donald Trump to hand over Turkish political activist Fethullah Gulen to distract from Netanyahu’s role in the killing of Khashoggi.

Gulen is considered one of the heirs of the Sabbatean mafia and is blamed, by turkish President Recep Erdogan, for the failed coup attempt against him in 2016.

Erdogan is now requesting the extradition of 462 activists in 83 countries.

However, Erdogan even now knows that his real enemies are Netanyahu, his puppet ruler Mohammed bin Salman (or more likely his stuntman) from Saudi Arabia, and his Rothschild bosses say Mossad and sources of Japanese Military Intelligence.

This attempt to fend off Gulen “has spectacularly failed” and Trump is now forced “to eliminate the losers Bibi (Netanyahu) and MBS for a modus vivendi with Turkey and Iran” sources in the Pentagon say.

This meeting resulted in Russian general Alexander Prokopchuk being elected as the new head of Interpol, they say.

Prokopchuk “is supported by US intelligence agencies to issue more a warnings to overthrow Israeli assets and Cabalist agents around the world” they add.

This process is also accelerating in the U.S.A. There is Senator Lindsey Graham, now the president of the Senate Judiciary Committee in which he is called on to “accelerate judicial appointments and stop deep state crimes“, say sources of the Pentagon.

The previous Senate, though allegedly dominated by the Republicans, blocked the appointment of new judges and prosecutors thereby delaying long-awaited U.S. arrests.

Acoustic weapons, on the other hand, use sound over the entire frequency spectrum to kill, injure or temporarily paralyze people.

Acoustic weapons, although outside DEW common definition, have more similar effects and dangers to DEW than to conventional weapons.

There is compelling evidence that such weapons are used by the Khazarians against California.

Not only that, the informant Deborah Tavares provides evidence that these attacks are due to the Rothschild family and their company Pacific Gas & Electric.

One clear sign of how the Rothschilds and their servants panicked came when congressman of California, Democrat Eric Swalwell, threatened to attack American citizens with nuclear weapons if they refused to give up their weapons.

What these high-level criminals do not realize is that they can no longer work in secret or with impunity. In particular we hear that the French branch of this family (Rothschild) is being blamed for many of these crimes.

This means that the leaf has turned and now they are threatened.

This is evidenced in the desperate appeal of their French slave President Emmanuel Macron to demand a European army (as we mentioned last week) to protect the EU from “China Russia and the U.S.”

What it really meant was that the Rothschilds wanted to protect their slave regimes like Germany and France from the wrath of the world.

But first Macron must save himself from the French people. Last week more than 280,000 motorists from more than 2,000 sites in France blocked roads to protest the regime. These protests were supported by 73 percent of the French population.

Japanese right-wing sources say he is married to the daughter of Japanese Finance Minister Taro Aso and that the wedding took place in the castle which can be seen here below. 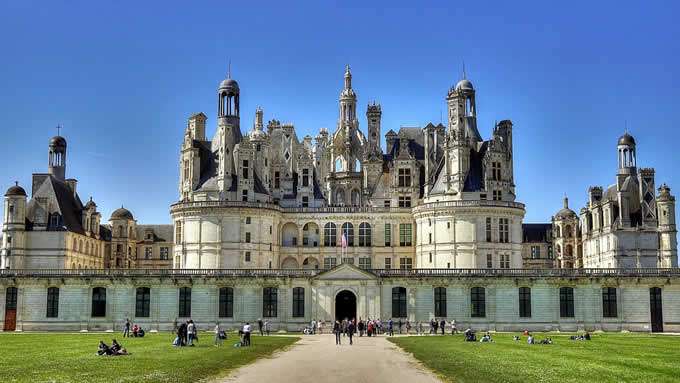 The fact that Japan’s water resources are being sold at a large discount to French water companies has led to the conclusion that Aso and the French are responsible, say Japanese right-wing sources.

We can also inform you that the French subsidiary of the Rothschilds has contacted this writer immediately after the attack and mass murder on Fukushima, Japan, on March 11 2011, in order to proclaim further threats against Tokyo itself.

Moreover it was the French Rothschilds who financed anti-japanese riots in China a few years ago, sources in the Asian secret society say.

The French Rothschild control over Japan will soon be over, several sources say. The Iwasaki family, which controls the Mitsubishi group which controls the Shinzo Abe regime, promotes peace, according to the White Dragon Society sources.

Japanese industrialists are calling for the protection of the WDS for the use of the cold fusion and other paradigm shift technologies previously suppressed by the Khazarian Mafia, sources said.

Protection was offered and a demonstration of this technology is being organized, they say, earlier this week.

The WDS will meet representatives of Asian secret societies to discuss, among other things, the future of Japan and the Abe regime, sources in the WDS say.

In addition the secret societies in Asia and in the West continue to prepare for the establishment and financing of a future Western planning agency.

The agency would work with the giant Chinese development project One Belt One Road, an agreement on this matter is expected to help mitigate the major frictions currently prevalent in the public eye between the US and China.

As mentioned last week a basic agreement has already been reached on saving the planet and now is the time to make concrete plans.

This will take some time, please be patient, changing things on a planet is like turning a super tanker in the middle of the ocean.

This means that even if a decision to change course has been made while much thrust was given but the manoeuvre must be slowed to avoid sinking the ship.