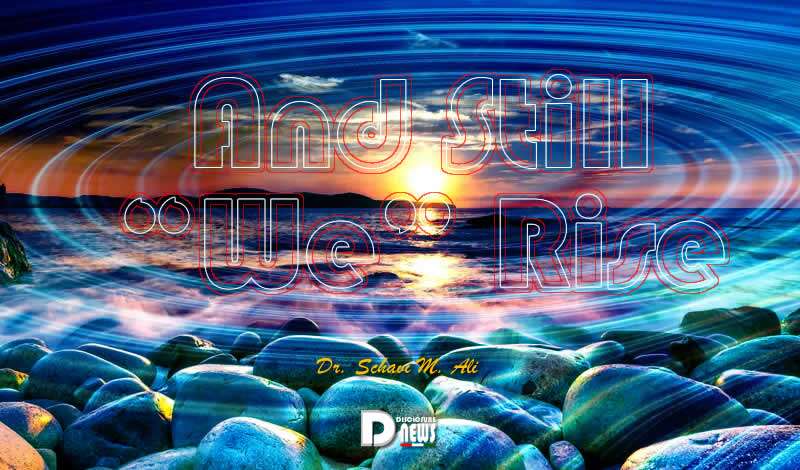 The famous poet, Maya Angelou, once wrote in a poem “And Sill I Rise”.

In her honor and because her words are so fitting for the energetics occurring in the cosmos, I change her words slightly to “And Still We Rise”.

The magnetosphere often shows medium-strength solar wind speeds with dense incoming particle plasma building in pressure all around Earth/Gaia, and sometimes the speeds are quite slow or sometimes very fast.

Particle plasma can be either dense or slight at varying times.

This is a daily happening whether the solar wind speeds are slow, medium, or fast.

Sometimes the wind velocity is mixed in strength, and this causes extra pressure to build within and around our planet in what is often referred to scientifically as a “Co-Interaction Region” (CIR).

In other words, our planet moves through these mixed wind speeds and is activated in various ways.

“Coronal mass Ejections” (CMEs) are always exiting from our Sun—whether solar winds are fast-paced “foxtrots” or doing a slow “waltz”, because our Sun has plasma as a major force.

With our planet being so small relative to the size of our Sun, CMEs have an effect upon “Her” especially since our Sun receives its power from the Great Central Sun which is also known as “Alcyone”—the brightest star in the Pleiades. 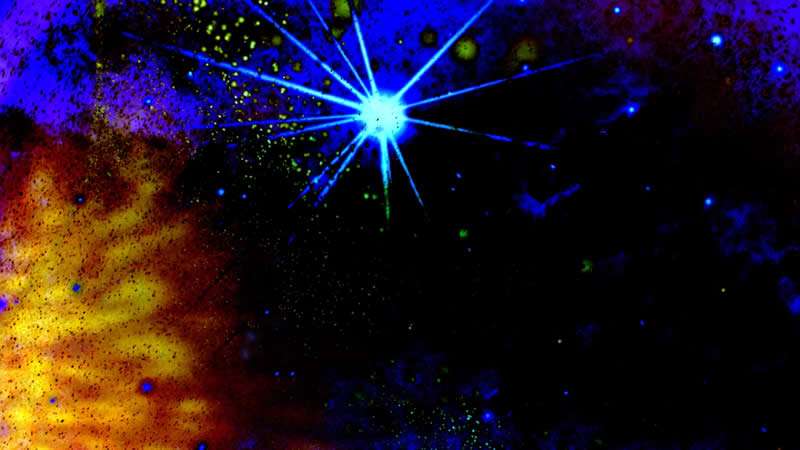 That is taught to actually be the integration of Spirit and Matter in the cosmos—an aspect of the DIVINE, of SOURCE, of the INFINITE PRESENCE.

It sustains life and elevates consciousness in all galaxies and also acts as a filtration system, a cleanser, when necessary, of all discordant, disharmonious vibrational frequencies or lower currents of thought, emotion, words, and actions which manifest as particular outcomes.

In our solar system, our Sun is a part of a vast network of Suns.

Every 26,000 years, our Sun and the “Great Central Sun” align, and the connection to SOURCE FREQUENCY or SOURCE ENERGY is far greater.

The space/time continuum of the “Now” is when this 26,000-year cycle is occurring.

This is why clearing of cellular records, cleansing of old programming, and sending forth of SOURCE LIGHT is happening with enormous power within humanity.

Major changes take time to actualize relative to the manner in which mankind calculates time periods.

There is usually chaos or turmoil before peace occurs. a reminder of this can be found in the teaching of the Vedic “yugas” or “ages”.

One age spirals into another, and finally, a specific age takes the lead. 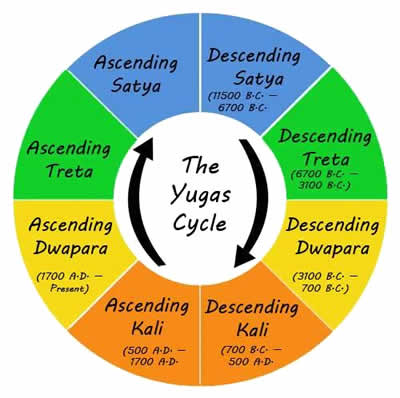 As has been discussed previously, we are in the “Twilight of Kali Yuga”—the “Age of Chaos”—when conditions on our planet are at their upmost in challenges to all of creation.

The end of a cycle of a particular time line is when the conditions of that time line are most profound.

Many people think that we shall move from this era of conflict and dire situations straight into the “Golden Age”.

Many changes, however, must happen first, and a larger percentage of the human collective must awaken to DIVINE REVELATION AND SACRED PRINCIPLES.

This requires movement through “Dwarpa Yuga”, “Treta Yuga”, and finally, we will arrive at “Sattva Yuga”—the “Golden Age” of peace.

Can we quicken the coming of “Sattva Yuga”?

I say YES, and perhaps the alignment with our Sun and the “Great Central Sun” is the magical, mystical, vibration that is assisting us.

The awakening of only the small percentage of 1/4 in “Kali Yuga” can quickly become the awake 1/2 of “Dwarpa Yuga” and the awake 3/4 of “Treta Yuga”. 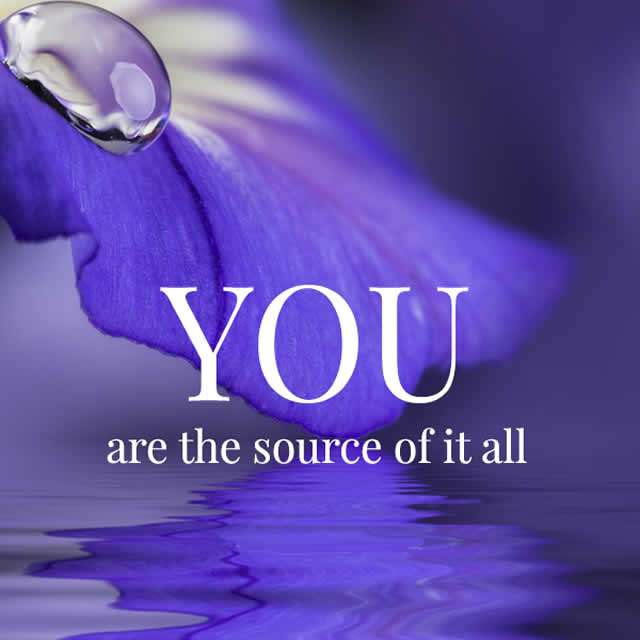 You Are The Source Of It All

Not without an immediate stoppage of war, an appreciation for all people in their various “Earth Suits” (races), a cessation of forcing harmful drugs onto both adults and children in a process of testing bio-weaponry, a halt to the experimentations with Nature to see just how far mankind can go in rivaling SOURCE, a return to spiritual and naturopathic forms of health maintenance, and many more ways in which it is illustrated that SOURCE is respected.

Those persons who are of an increasingly higher elevation in consciousness and those who are newly seeking to elevate after having come to a realization that this is vital and who, therefore, are studying, praying, and meditating for guidance—must do our parts daily to remain centered in our HIGHER SELF/SOUL/SOURCE even amidst the political, sociological, philosophical, religious, educational, and medical chaos and confusion that is still the “play” on stage in the “3d” world view.

We must have the determination of “AND STILL WE RISE”.